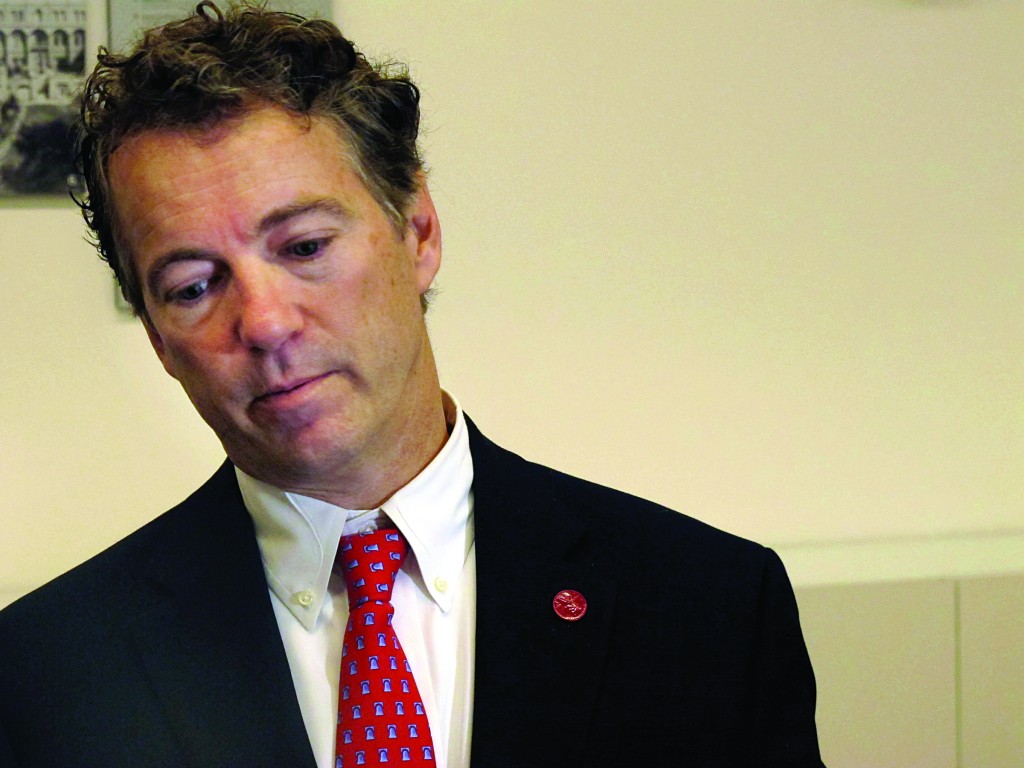 U.S. Sen. Rand Paul on Monday called for a gradual reduction of American foreign aid, delivering the message in an unlikely venue — since Israel is among the top recipients of American assistance.

Paul, a Republican from Kentucky, told reporters that the U.S. can’t afford to keep borrowing money and then handing it out to others, even to allies like Israel.

“It will harder to be a friend of Israel if we are out of money. It will be harder to defend Israel if we destroy our country in the process,” he told the Jerusalem Institute for Market Studies, an Israeli think tank. “I think there will be significant repercussions to running massive deficits … you destroy your currency by spending money you don’t have.”

Paul, a longtime opponent of foreign aid, acknowledged he was expressing a “minority opinion” and doubted Congress would end foreign aid in his lifetime. “It’s unlikely anything changes, but I think it is worth discussing,” he said during his first trip to Israel.

Israel gets about $3 billion a year in military aid from the U.S.

Paul insisted Washington should first cut aid to countries with strained ties to America, such as Pakistan and Egypt, and only later Israel. Prime Minister Binyamin Netanyahu has previously stated he was interested in doing that.

Paul said the aid, used in large part by Israel and Egypt to buy U.S. weapons, was creating an arms race in the Middle East that could ultimately harm Israel, not help it.

“I’m concerned that some of the weaponry that we are currently giving to Egypt may one day be used against Israel,” he said.

Most American military assistance to Israel must be spent on U.S.-made equipment, providing a boost to the military industry.

Paul suggested Israel would actually benefit from less aid, saying it would enhance its sovereignty by not having to approach the U.S. “on bended knee” when making its own decisions.

“I don’t think you need to call me on the phone to ask permission for what you want to do to stop missiles from raining down on you from Gaza,” he said.

A member of the Senate Foreign Relations Committee, Paul is scheduled to meet with Netanyahu, President Shimon Peres and other Israeli leaders before heading off for meetings in Jordan and the Palestinian Authority.