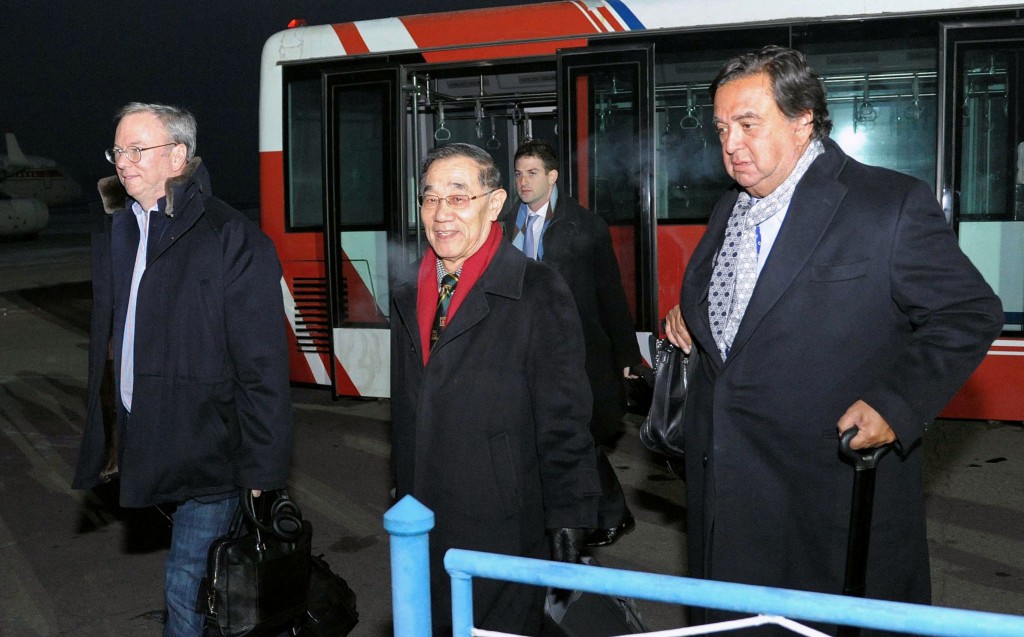 Google’s chairman wants a firsthand look at North Korea’s economy and social media landscape during his private visit Monday to the communist nation, his delegation said, despite misgivings in Washington over the timing of the trip.

Eric Schmidt, executive chairman of one of the world’s biggest Internet companies, is the highest-profile U.S. executive to visit North Korea — a country with notoriously restrictive online policies — since young leader Kim Jong Un took power a year ago. His visit has drawn criticism from the U.S. State Department because it comes only weeks after a controversial North Korean rocket launch; it has also prompted speculation about what the businessman hopes to accomplish.

Schmidt arrived on a commercial Air China flight with former New Mexico Gov. Bill Richardson, who has traveled more than a half-dozen times to North Korea over the past 20 years.

Richardson, speaking ahead of the flight from Beijing, called the trip a private, humanitarian mission.

“We continue to think the trip is ill-advised,” State Department spokeswoman Victoria Nuland told reporters Monday, reiterating the U.S. position that the visit is badly timed. However she added that the government would be open to hearing from the delegation after they return from North Korea.

The trip was planned well before North Korea announced its plans to send a satellite into space, two people with knowledge of the delegation’s plans told The Associated Press.

Schmidt, a staunch proponent of Internet connectivity and openness, is expected to make a donation during the visit, while Richardson will try to discuss the detainment of a U.S. citizen jailed in Pyongyang.