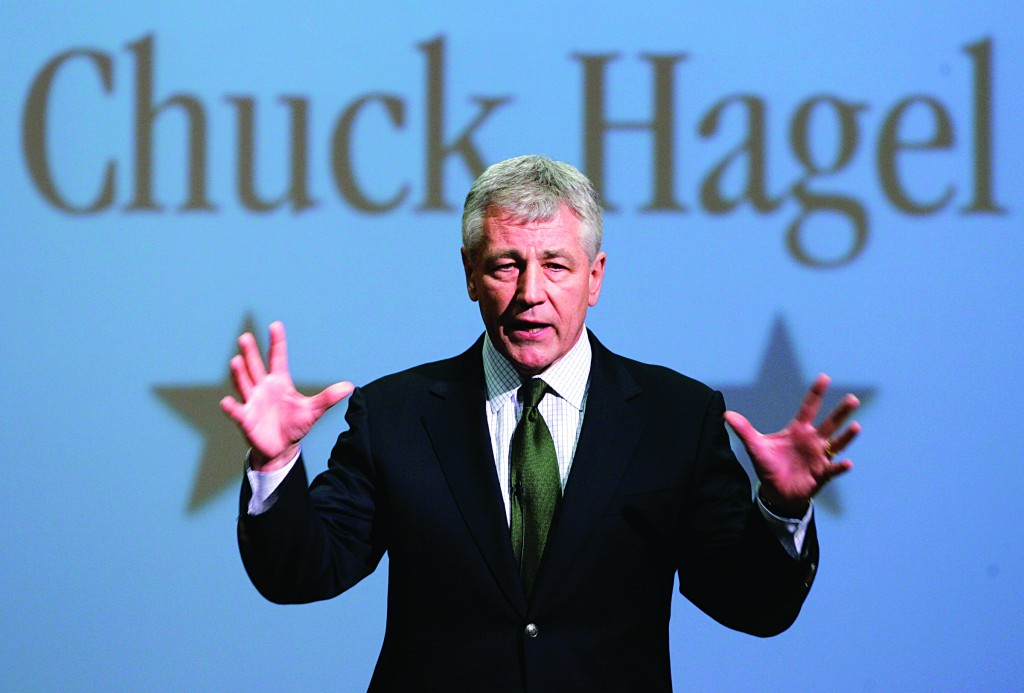 Obama, who avoided a Capitol Hill battle by deciding not to nominate U.N. Ambassador Susan Rice as his first choice for secretary of state, went ahead with Hagel, 66, even as leading Republicans announced their opposition — though they stopped short of saying they might try to block Hagel.

Seeking to soften the ground, the White House was alerting Senate Democrats that Hagel’s selection as the successor to Defense Secretary Leon Panetta in Obama’s second-term Cabinet was imminent, according to a congressional official.

Obama, who returned to Washington on Sunday from his Hawaiian vacation, was expected to nominate Hagel on Monday. Congress is on break this coming week.

The officials requested anonymity in order to discuss Hagel’s nomination ahead of Obama.

Hagel, a moderate Republican, built a strong relationship with Obama during their travel as senators. But the former Nebraska lawmaker has faced withering criticism from Congress since emerging as the front-runner for the Pentagon post.

If confirmed, Hagel would take over a Pentagon that faces budget cuts and a scaling back of the U.S.-led war in Afghanistan. Afghan President Hamid Karzai is expected to meet with Obama in Washington this week to discuss the U.S. presence in Afghanistan after the war formally concludes at the end of 2014.

Hagel is likely to support a more rapid withdrawal of U.S. troops from Afghanistan.

Sen. Mitch McConnell, the top Senate Republican, said earlier Sunday that he was reserving judgment on whether to support Hagel. But he predicted the former Nebraska senator would face serious questions about his stands on Iran and Israel.

Any nominee must have “a full understanding of our close relationship with out Israeli allies, the Iranian threat and the importance of having a robust military,” McConnell said on ABC.

Hagel has criticized discussion of a military strike by either the U.S. or Israel against Iran. He also has backed efforts to bring Iran to the table for talks on future peace in Afghanistan. Some lawmakers have been troubled by his comments and actions on Israel, including his reference to the “Jewish lobby” in the United States.

“This is a controversial pick,” Sen. Lindsey Graham (R-S.C.) told CNN. “He is an antagonistic figure when it comes to the state of Israel. It’s a signal you’re sending to Iran at the worst possible time and to our allies.”

McConnell (R-Ky.) said Hagel, who left the Senate in 2009, has “certainly been outspoken in foreign policy and defense over the years. The question we will be answering, if he’s the nominee, is do his views make sense for that particular job?”

The second-ranking Senate Republican, John Cornyn of Texas, said that making Hagel defense secretary would be “the worst possible message we could send to our friend Israel and the rest of our allies in the Middle East.” Cornyn didn’t say he would try to block a Hagel nomination.

Obama, in an interview that aired last week, called Hagel “a patriot” who “has done extraordinary work” in the Senate and on an intelligence advisory board.