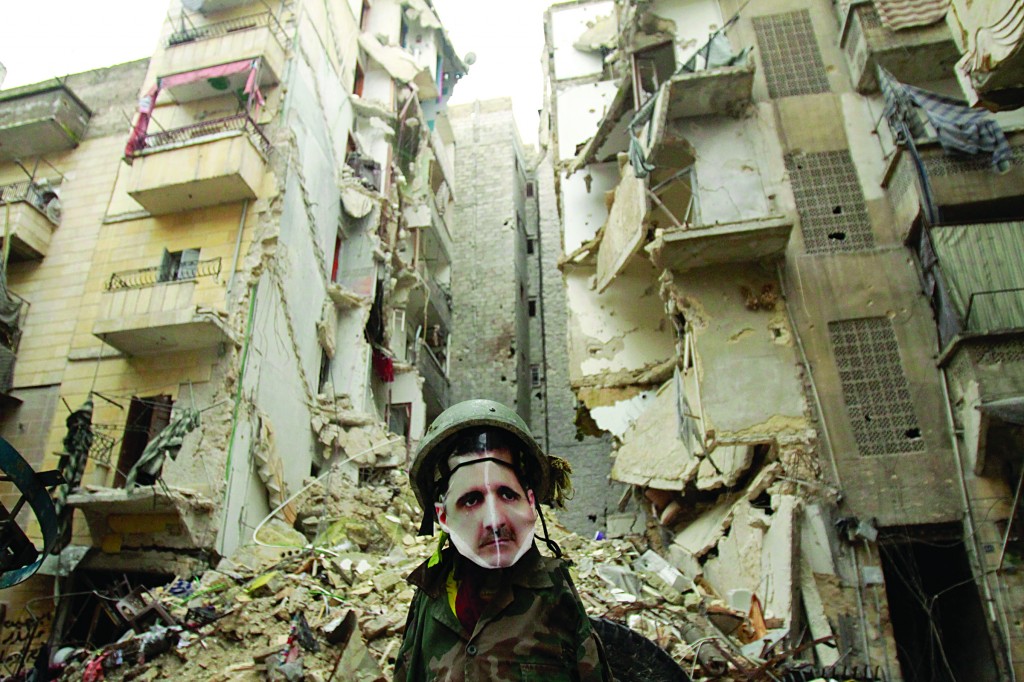 A defiant Syrian President Bashar Assad rallied a chanting and cheering crowd Sunday to fight the uprising against his authoritarian rule, dismissing any chance of dialogue with “murderous criminals” that he blames for nearly two years of violence that have left 60,000 dead.

In his first public speech in six months, Assad laid out terms for a peace plan that keeps him in power, ignoring international demands to step down and pledging to continue the battle “as long as there is one terrorist left” in Syria.

“What we started will not stop,” he said, standing at a lectern on stage at the regal Opera House in central Damascus, a sign by the besieged leader that he sees no need to hide or compromise even with the violent civil war closing in on his seat of power in the capital.

The theater was packed with his supporters, who interrupted the speech with applause, cheers and occasional fist-waving chants. The overtures that Assad offered — a national reconciliation conference, elections and a new constitution — were reminiscent of symbolic changes and concessions offered previously in the uprising that began in March 2011. Those were rejected at the time as too little, too late.

The government last year adopted a constitution that theoretically allows political parties to compete with Assad’s ruling Baath Party. It carried out parliamentary elections that were boycotted by his opponents.

Assad demanded that regional and Western countries must stop funding and arming the rebels trying to overthrow him.

“We never rejected a political solution … but with whom should we talk? With those who have an extremist ideology, who only understand the language of terrorism? Or should we negotiate with puppets whom the West brought?” he asked. “We negotiate with the master, not with the slave.”

As in previous speeches and interviews, he clung to the view that the crisis was a foreign-backed plot and not an uprising against him and his family’s decades-long rule.

“Is this a revolution, and are these revolutionaries? … I say they are a bunch of criminals,” he said.

He stressed the presence of religious extremists among those fighting in Syria, calling them “terrorists who carry the ideology of al-Qaida” and “servants who know nothing but the language of slaughter.” He said the fighters sought to transform the country into a “jihad land.” 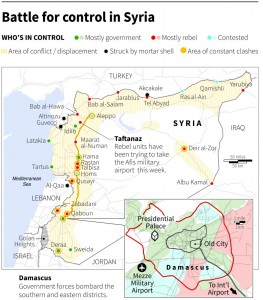 Although he put up a defiant front, Assad laid out the grim reality of the violence, and he spoke in front of a collage of photos of what appeared to be Syrians killed in the fighting.

He said Syria will take advice but not dictates from anyone, a reference to outside powers calling on him to step down.

The speech, which was denounced by the West, including the U.S. and Britain, came amid stepped-up international efforts for a peaceful way out of the Syrian conflict. Previous efforts have failed to stem the bloodshed.

The opposition swiftly rejected Assad’s proposals. Those fighting to topple the regime have repeatedly said they will accept nothing less than his departure.

U.S. State Department spokeswoman Victoria Nuland said in a statement that Assad’s speech was “yet another attempt by the regime to cling to power and does nothing to advance the Syrian people’s goal of a political transition.”