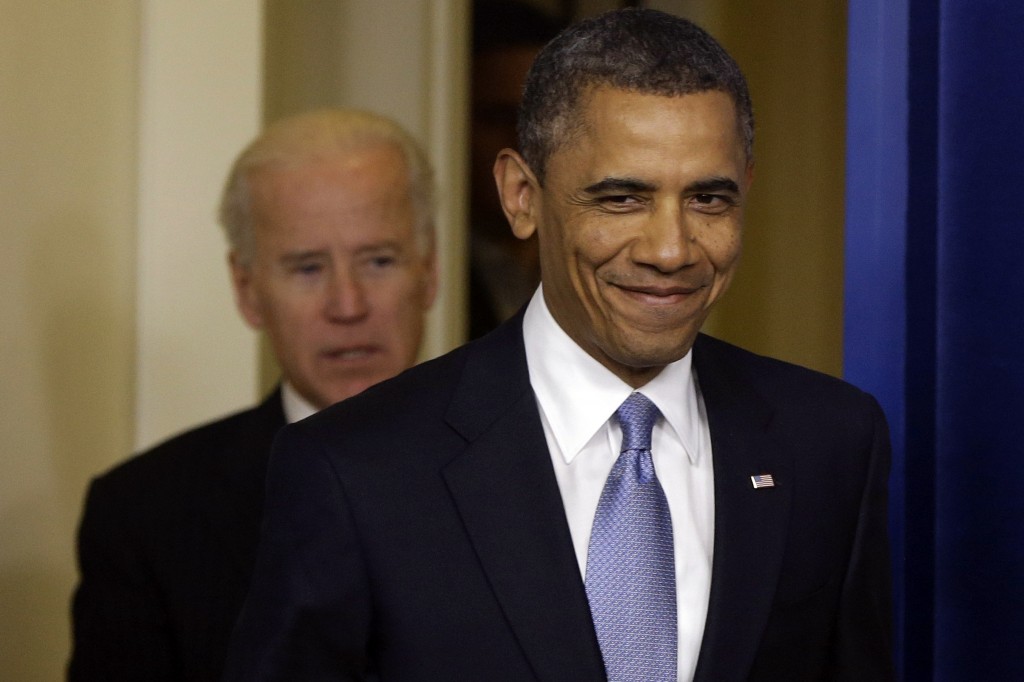 The agreement, approved late on Tuesday by the Republican-led House of Representatives, was a victory for Obama, who had won re-election on a promise to address budget woes in part by raising taxes on the wealthiest Americans.

But it set up potentially bruising showdowns over the next two months on spending cuts and an increase in the nation’s limit on borrowing. Republicans, angry that the “fiscal cliff” deal did little to curb the federal deficit, promised to use the debt-ceiling debate to win deep spending cuts next time.

Republicans believe they will have greater leverage over Democrat Obama when they must consider raising the borrowing limit, likely in February.

The stakes are perhaps even higher in the debt issue than in the fiscal cliff because failure to close a deal could mean a default on U.S. debt or another downgrade in the U.S. credit rating. A similar showdown in 2011 ultimately led to a credit downgrade.

In fact, bond rating agency Moody’s Investors Service warned Washington on Wednesday it must do more to cut the deficit than it did in the “fiscal cliff” measure if the country is to turn around its negative sovereign debt rating.

Republican Senator Pat Toomey of Pennsylvania said his party had to be ready to do whatever it takes to get spending cuts.

“Our opportunity here is on the debt ceiling,” Toomey said on MSNBC. “We Republicans need to be willing to tolerate a temporary, partial government shutdown, which is what that could mean.”

Yet Obama may be emboldened by winning the first round of fiscal fights when dozens of House Republicans buckled and voted for major tax hikes for the first time in two decades.

Deteriorating relations between leaders in the two parties during the fiscal cliff episode do not bode well for the more difficult fights ahead.

Vice President Joe Biden and Republican Senate leader Mitch McConnell had to step in to work out the final deal amid frayed relations between House Speaker John Boehner and Obama.

Bemoaning the intensity of the fiscal cliff fight, Obama urged “a little less drama” when the Congress and White House next address budget issues like the government’s rapidly mounting $16 trillion debt load. He vowed to avoid another divisive debt-ceiling fight ahead of the late-February deadline for raising the limit.

“While I will negotiate over many things, I will not have another debate with this Congress about whether or not they should pay the bills they have already racked up,” Obama said before he headed to Hawaii to resume an interrupted vacation.

Not Time to Celebrate

Analysts warned that might not be so easy. “While the markets and most taxpayers may breathe a sigh of relief for a few days, excuse us for not celebrating,” said Greg Valliere, chief political strategist at Potomac Research Group.

“We have consistently warned that the next brawl represents a far greater threat to the markets — talk of default will grow by February, accompanied by concerns over a credit rating downgrade,” he said.

Debate over entitlement programs is also bound to be fraught. Republicans will be pushing for significant cuts in healthcare programs like Medicare and Medicaid for retirees and the poor, which are the biggest drivers of federal debt. Democrats have opposed cuts in those popular programs.

“This is the debate that’s going to be far more serious. Now that we have this other piece behind us — hopefully — we’ll deal in a real way with the kinds of things our nation needs to face,” he said.

The fiscal cliff crisis ended when dozens of Republicans in the House of Representatives relented and backed a bill passed by the Democrat-controlled Senate that hiked taxes on households earning more than $450,000 annually. Spending cuts of $109 billion in military and domestic programs were delayed only for two months.

Dozens of House Republicans reluctantly approved the Senate bill, which passed by a bipartisan vote of 257 to 167 and sent it on to Obama to sign into law.

The vote underlined the precarious position of Boehner, who will ask his Republicans to re-elect him as speaker on Thursday when a new Congress is sworn in. Boehner backed the bill but most House Republicans, including his top lieutenants, voted against it.