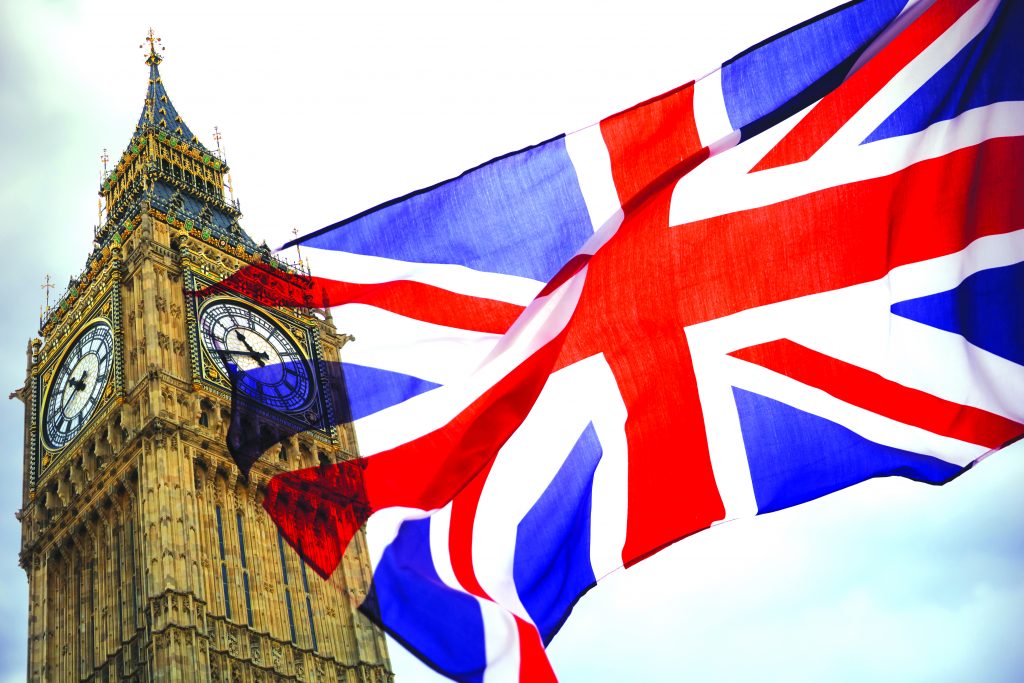 The U.K. is preparing for a general election on December 12 — the third in four years. What are British people voting for? How does the British electoral system work?

Parliament closed for the election on Tuesday, November 5. At that point, nine parties were represented in the House of Commons, along with a number of MPs sitting as independents. This reflects the MPs who have left their party (either voluntarily or not) but remain as MPs, some of whom aligned themselves with another party and some who preferred to remain independent.

The parties do not release their manifestos formally until the election campaign officially begins, after the closing of Parliament, so at the time of writing, they were not available. Nevertheless, there are certain areas which are top priorities at the moment and on which the parties have made themselves clear already. These include Brexit, the National Health System (NHS), crime and the environment.

Brexit: The Conservative Party is committed to leaving the EU as soon as possible.

NHS: Prime Minister Boris Johnson is fighting off the impression that he will “sell off” the NHS to the U.S. as part of a post-Brexit trade deal by visiting hospitals frequently (although he does not always get a warm reception!) and promising to “put more money into the NHS than ever before.” The Conservative Party has committed to increase NHS spending by at least £8 billion (USD $10.3 billion) in real terms over the next five years.

Crime: The Conservatives have pledged to put an extra 20,000 police on the streets in England and Wales.

Environment: They are working on ways to cut down on plastic usage and improve air quality.

Brexit: The Labour Party has not come out either way on Brexit. Labour voters are divided on this issue so the party is keen not to alienate them by taking a strong stand one way or the other. Leader Jeremy Corbyn is purportedly in favor of Brexit but does not want to acknowledge this, again so as not to lose votes. They are cautiously in favor of a second referendum.

NHS: Labour plans for the NHS include a guarantee that waiting times in A&E (the emergency room) will not exceed four hours, “rationing” of services and medicines will be prevented and all parking at hospitals will be free for patients.

Crime: Labour has pledged to be “tough on crime” and to ensure that police forces are adequately funded.

Environment: A Green New Deal, as planned by Labour, will include creating a new Clean Air Act and installing solar panels on nearly two million homes, to supply clean electricity.

Brexit: The Lib Dems have promised to stop Brexit. It is unclear quite how they would do this, but it’s a popular message with Remain voters (those who don’t want to leave the EU).

NHS: They have a clear plan for the NHS and social care, including aiming to make waiting times for mental health care match those for physical health care (currently they are much longer) and limiting the amount that elderly people have to pay for social care.

Crime: In common with the other parties, the Lib Dems have promised to increase the number of police officers.

Environment: The Lib Dems would ban fracking and clamp down on air pollution, which they claim would prevent 40,000 premature deaths a year.

The Jewish community represents a very small percentage of the electorate in the U.K., numbering less than half a percent of the population and being spread over virtually every constituency. Their political leanings are similarly widespread, and there is no such thing as “the Jewish vote” in the U.K.

Nevertheless, there are constituencies in which somewhere between 10 and 20% of the electorate identifies as Jewish, and in these areas Jews can have an impact on the outcome. In the same way as there are differences in voting patterns between men and women, older and younger people and people with different levels of education across the population, in the Jewish community, the levels of commitment and religious observance also play a part. But overall, the Jewish community votes as British citizens, concerned for the welfare of the country, their local community and their family.

Over the last few years, Jewish attitudes toward voting have been complicated by ongoing allegations of anti-Semitism in the Labour party. The issue has become so bad that the chairman of the Conservative Party, James Cleverly, was reported recently as saying that if the Labour leader Jeremy Corbyn were to become prime minister, Jews would leave the country. This might be an exaggeration, but many Jewish people who have previously voted Labour now feel unable to do so. Some of them will vote tactically for another party, in order to keep Labour out, while others will simply not vote.

Prior to every election, the Board of Deputies, the U.K.’s democratically elected representative body, issues a Jewish manifesto, which they distribute to all candidates. This generally features issues of Jewish concern, such as shechitah, milah, anti-Semitism and attitudes about Israel.

The Conservative party has historically supported the Jewish community on all of these issues. Its leaders have consistently pledged to defend shechitah and milah, to fight anti-Semitism and to be a strong, albeit sometimes critical, friend to Israel. They also have a good record on faith schools, notwithstanding the current difficulties which schools are experiencing with Ofsted and the Department for Education.

Traditionally, the Labour party has stood up against racism of all sorts, and defended the less privileged, which has resonated well with Jewish values. However, the huge concerns about anti-Semitism have cast a shadow on their anti-racist credentials, and the widespread left-wing support for the Palestinian cause has had an impact on how they relate to Israel and, by extension, to the Jewish community. In the past, the Labour Party has supported labeling meat which was not stunned prior to slaughter, which would be very damaging to shechitah, were it to be enforced. At the one meeting which Mr. Corbyn had with the leadership of the Board of Deputies, in 2016, he expressed his support for shechitah, milah and faith schools.

The Lib Dems are hoping for an influx of Jewish voters in this election, as people turn away from Brexit and anti-Semitism. But there is a perception, which may be unfounded, that they do not have very positive attitudes towards Israel. The previous Lib Dem manifesto did not mention faith schools, but the party has previously passed a resolution calling for an end to school admissions based on religion. They are generally supportive of shechitah and milah, with leader Jo Swinson saying she will continue to support the practice of shechitah and that milah should be performed in “a safe environment where the health and safety of the child is put first.”