Prime Turning on the Lights: OU Unveils a Center for Data-Based Research 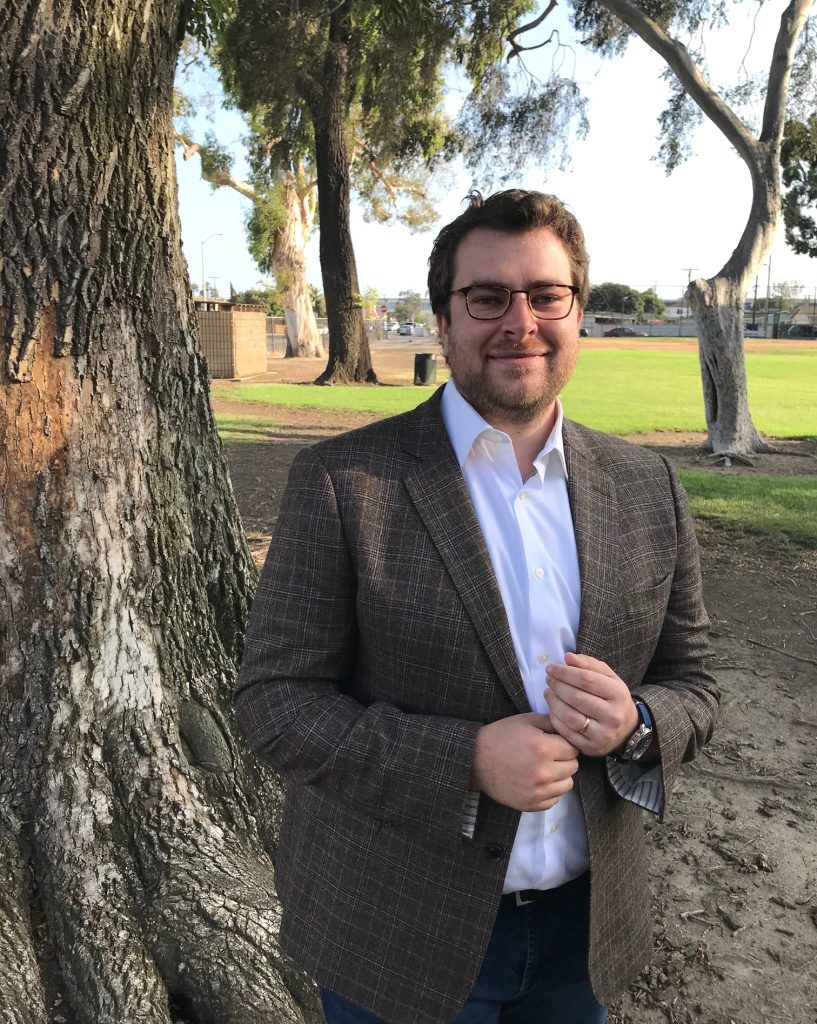 The growth of America’s Orthodox community in recent decades has brought with it a long list of opportunities and challenges. Along with the obvious satisfaction that so many feel at the sheer number of observant Jews in this country, it is indeed a well-deserved victory for those who stubbornly refused to bend to winds of assimilation to see a generation of burgeoning Jewish schools and other institutions of Torah life. This shift has also brought an amplified voice to the community in public affairs.

As this growth continues, organizations become increasingly challenged to raise the bar of their operations to meet new needs with more sophistication. With that, the need for decision-making based on more advanced data has expanded. Few people seem better equipped to meet this challenge than Matt Williams, a polymath on the past and present of Jewish communities in the United States who also brings to the table extensive background and experience in sociology.

Over the past months, the Orthodox Union (OU) has initiated a project that attempts to address what it came to see as an information gap in the Torah world with the rollout of its Center for Communal Research, a project focused on collecting hard data to better inform the organization’s decision-makers. The project is presently being headed by Mr. Williams.

“I feel blessed to be coming into this role at a time when the conditions are right for this type of work,” Mr. Williams told Hamodia. “We’ve benefited a lot from what’s out there, but everyone agrees that we need to know more. We’ve been neglecting a whole range of tools that could help us serve the Jewish community better.”

America boasts a number of organizations dedicated to data collection and analysis, most notably the Pew Research Center, whose 2013 study on the Jewish community gathered much attention to the phenomenon of Orthodox ascendancy. The UJA Federation and some others have carried out studies over the years, but few have focused exclusively on the Orthodox community or the type of pinpointed questions that would help inform organizational decision-making.

The OU’s Executive Vice President Allen Fagin told Hamodia that the organization’s leaders were progressively feeling the limits of experience-based governance and felt the time was ripe to address the matter.

“We came to realize that we can no longer create programming based on anecdotes and need to have as much factual data as we can to make informed and sensible decisions and maximize the resources we have,” he said. “I can’t think of a single area of OU programming that will not potentially be impacted We can’t do it all at once, but as it is now there are gaps in our ability to evaluate a lot of what we are doing … [E]veryone will benefit from having real, hard information to help determine our next steps.”

While the idea of creating a department for data research had been discussed for over two years, Mr. Fagin said that the decision to make it a reality had a great deal to do with the news that Mr. Williams was interested in leading the initiative.

Mr. Williams brings to the table what ranks as a particularly unique and diverse resume. A graduate of Yeshiva University, he completed a graduate fellowship in art history at Yale and is in the last stages of his post-doctoral work in education and history at Stanford, which he has pursued while working as managing director of the Berman Jewish Policy Archive. The grandson of a statistician, he is one of presumably very few Sephardic Jews who are also a member of the Choctaw Native American Nation.

Having worked extensively on a wide range of studies on different segments of the Jewish community, Mr. Williams said that while existing studies have been helpful, the time was ripe to seek answers to more probing questions in a professional way. Even if statistical analysis is undertaken, it can easily go awry if not handled by those experienced in the field.

A case in point is an incident that occurred decades ago when his grandfather was engaged by the local Federation leader of their community. When the communal leaders who had commissioned the study heard that only a few hundred surveys had been sent out, one of their responses was to begin distributing the questionnaires to every Jew they knew, assuming that the more responses garnered the more on target the results would be. Mr. Williams said that when his grandfather heard he laughed, knowing that the accuracy of such a study depends on a random sampling and would be irrevocably skewed by lopsided representation of the friends of one or a few individuals.

The Center’s first project is focused on a division of the OU’s youth group NCSY known as the Jewish Student Union (JSU), a program focused on outreach to teens in public and other non-Jewish schools.

“Knowing what brings them to JSU is critical,” said Mr. Fagin. “If we can’t get them through the door, we have no way of getting them started on their Jewish journey, but if we understand what motivates them to come for an hour a week or so we can start to think about ways to get them move involved.”

Another question the center plans to look at in the near future is one close to the heart of many in Orthodox advocacy.

“We need to look at how much government is spending to educate public school children and find concrete ways to measure how much we are saving them by sending our kids to yeshivot,” said Mr. Fagin. “It’s an argument that we’ve made for a long time, but if we can show it in black and white, it will be a far more cogent way to advocate for additional funding for our schools.”

In the not too distant future, the Center also hopes to study the nature of the economic realities facing Orthodox Jews around the country such as the cost of tuition, lifestyle needs, and how taxes affect their lives. The results of such a study could be used to guide the development of more infrastructure in communities in “out-of-town” locations that show greater affordability for young families. As the Center produces additional studies, its results will likely be useful to other organizations as well and Mr. Fagin expressed a hope that as the project progresses, its services could be made available for hire to conduct research for others in need of data.

Some other questions the Center hopes to focus on in the coming years include statistics about what sectors of the society are at highest risk for abandoning or significantly minimizing their commitment to a Torah lifestyle with the hopes of being able to focus on programming initiatives and support that can reverse this painful phenomenon. There are a range of issues that could affect how Orthodox Jewry engages with government and non-Jewish communities as they increasingly become a larger percentage of American Jews in general.

Mr. Williams has extensively studied statistical trends in the community, but cautioned against too much confidence in prognosticating.

“Right now, the Orthodox are the second fastest growing group, second to the ‘nones’ [i.e. unaffiliated],” he said. “So many researchers fail to predict so much about the future, really our business is not what will be in 10 years from now, but to try to really understand the present and its implications.”

A feeling of greater safety with what is, rather than what might be, Mr. Williams said, goes beyond his approach to research, but played a key role in his career choice.

“For a while I considered staying at YU and going for semichah and going into the rabbinate, but with time I started to question if I could really serve as a spiritual leader,” he said. “A Rabbi’s job is to be concerned with what Klal Yisrael ought to be, but I think the best I can offer is a better understanding of what it is now, with the hopes that some of that knowledge can help us question our assumptions in an informed way and make better decisions.”

Despite Mr. Williams’ hesitancy to forecast, he is a wealth of information on the ebbs and flows of American Jewry in modern times. Far from being a mere database of figures, his multiple studies have given him the background to spin an encyclopedic and engaging history on the topic. His hour-long conversation with Hamodia took him far from the Center’s immediate impetus and tasks and through an epoch that saw Orthodoxy threatened on American shores. He discussed the history of the kiruv movement, the subject of his dissertation, and a selection of under-studied and amorphous trends in Jewish life today.

While at Stanford, he has spent a great deal of time studying and consulting for a number of West Coast Jewish communities and institutions. He has also closely examined well-known centers of Orthodox life around the country.

“When I first began my dissertation, I had a meeting with a group of professors to discuss my goals. Since one of the sections’ focus was Chabad’s contributions to kiruv, I said that to do what I want to, really I have to move to Crown Heights for six months and they agreed, so that’s what I did,” he said. Other projects led him to spend time in Boro Park and other communities, further widening his scope of firsthand knowledge.

The descendant of an American Indian soldier who converted to Judaism and married a Moroccan Jew, Mr. Williams grew up largely in Atlanta where he attended yeshivah day school before coming to New York to attend Yeshiva University. This experience, he said, gave him a whole new view into “in-town” Modern Orthodox centers like Teaneck and Riverdale. His unique background and academic bend have given him an “outsider” perspective that seems especially suited to serve as an observer of many walks of Jewish life.

“It’s all given me a very broad picture of Judaism in America and I am happy to have this opportunity to hopefully use that to make my little contribution to the Jewish People.”