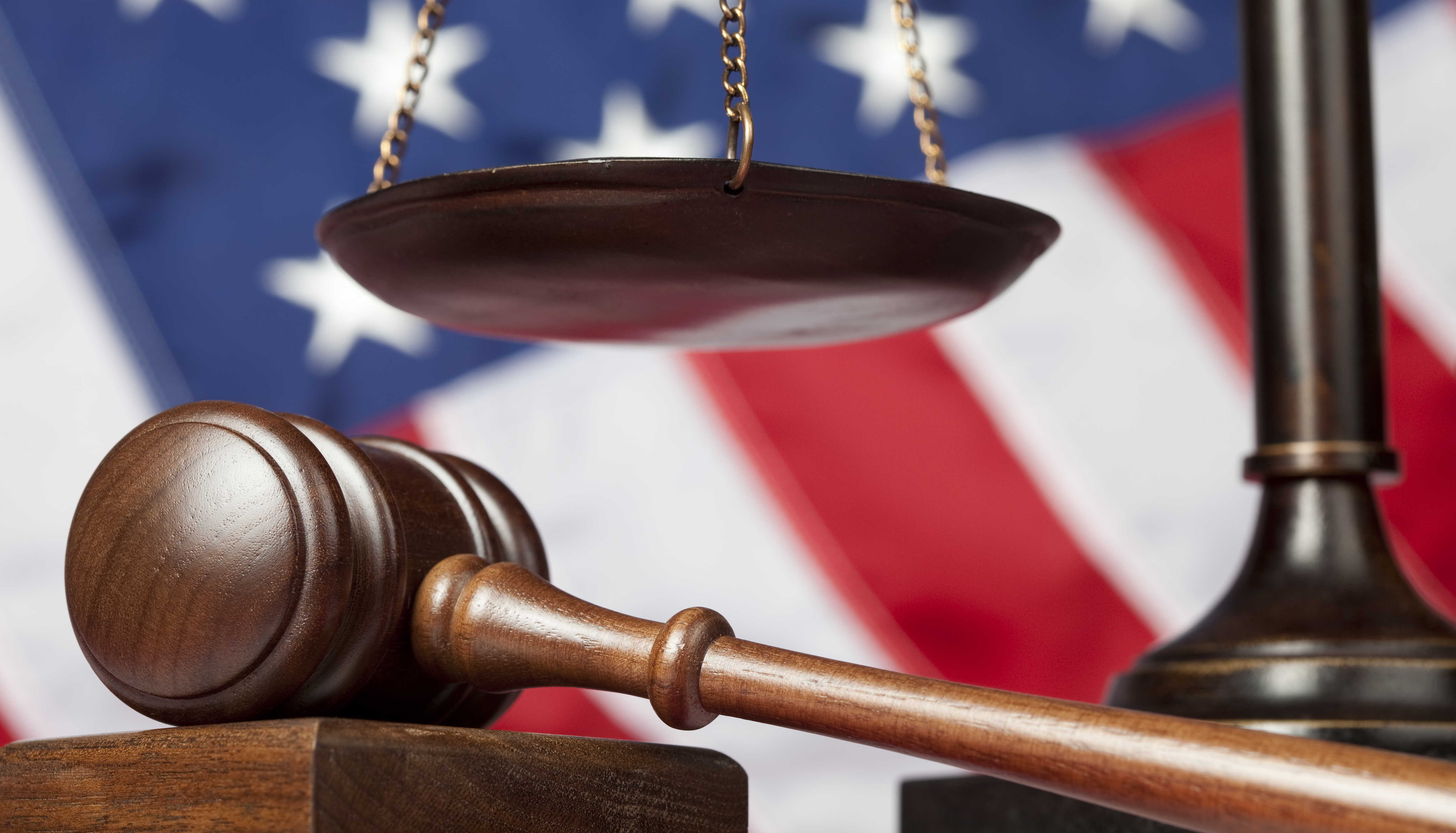 The Supreme Court’s decision to halt strict limitations on the number of people permitted to attend services at houses of worship in areas of New York hard-hit by COVID cases was noted well beyond the local communities at the center of the case.

As one of the court’s first acts since Justice Amy Coney Barrett took the bench, the move was carefully parsed as legal observers from opposite sides of the ideological spectrum took note of the deference the 5-4 majority gave to religious freedom. The shift was especially noteworthy given that only months earlier, the late Justice Ruth Bader Ginsberg and the four justices that dissented from the current opinion declined to hear a similar challenge from California churches.

Taking aim specifically at Governor Andrew Cuomo’s decision to limit attendance at services by numbers of people rather than a percentage of seating capacity and the juxtaposition of the free hand given to a long list of businesses deemed “essential,” the court’s majority found the restrictions to be unconstitutional.

“The restrictions at issue here, by effectively barring many from attending religious services, strike at the very heart of the First Amendment’s guarantee of religious liberty,” wrote the justices.

While some conservatives held up the ruling to celebrate a new era on the court and many liberals decried the same conclusion, legal experts engaged in the case saw a far more case specific decision by the justices.

“Unfortunately we live in an age of polarized narratives and reactions are based on a knee-jerk reaction to headlines that makes it seem as if religious people want to be free from all rules. That’s a misreading of the case. Both the Catholic Church and the Agudah went out of their way to recognize that there are serious public health issues at stake,” said Akiva Shapiro, an attorney with Gibson, Dunn & Crutcher, which represented the Catholic Diocese. He went on to say that had restrictions seemed rooted in science and placed reasonable limits based on room capacity, it was unlikely that his client would have brought suit in the first place.

“That said, this is a strong statement from the court that when government imposes restrictions even in response to a pandemic or other emergencies that it has to treat religious entities equally and at least not worse than secular ones. More broadly, up till this point, courts almost across the board had deferred to state and local government. This is going to change that,” said Mr. Shapiro.

Michael (Avi) Helfand, a professor at Pepperdine University’s School of Law, with an expertise in religious liberty, who co-authored a support brief in the case on behalf of a California Jewish Day School, said that the ruling was “surprisingly broad,” given that it was a response to an injunction request, but saw its impacts as limited to future pandemic litigation.

“The court comes very close to saying that houses of worship have to be treated as an essential institution,” he said. “It took into account how other states were able to successfully address the pandemic by making narrower restrictions and held New York accountable for not doing so.”

Since the pandemic’s earliest days, a wide array of religious groups across the country have brought legal challenges to restrictions imposed by guidelines aimed to slow the spread of COVID. Yet few gained traction. Lower courts’ approach was vindicated in June when the Supreme Court declined a petition from South Bay United Pentecostal Church in California. In that instance, Chief Justice John Roberts joined the court’s four liberal-leaning justices in saying that given the unprecedented challenges presented by the pandemic, local officials deserve great deference.

Once again, the Chief Justice came down on the side of denying the injunction. Yet this time, he based his decision largely on the changed facts on the ground in New York City, which he felt made the case moot, but acknowledged challenger’s merits, saying, “It may well be that such restrictions violate the Free Exercise Clause.”

Asma Uddin, an attorney and religious liberty expert who joined a support brief on the case by two Muslim organizations, said the shift might reveal Chief Justice Robert’s nuanced attitude to the matter.

“South Bay was premised on very different facts,” she said. “The regulations were not as strict as in this case, and it was in the context of much earlier in the pandemic, when more deference to government was understandable; they needed time to figure out a situation they had never dealt with before. By now, [governments] should have had the opportunity to think more carefully how to deal with the situation.”

Mr. Shapiro added that the Chief Justice’s words indicated that the lower court, which had treated South Bay as a blank check for COVID regulations to restrict religious activity, was misguided.

“Local and state governments were misreading South Bay,” he said. “I think it’s now clear that six justices would find restrictions like these unconstitutional.”

Justice Neil Gorsuch emphasized this need for governments to refine their approach to restrictions as the pandemic wears on, writing in a separate concurring opinion, “Even if the Constitution has taken a holiday during this pandemic, it cannot become a sabbatical.”

While Mrs. Uddin agreed that the court’s action had been magnified out of proportion, she posited that it might indeed indicate a period of greater deference to carefully crafted claims from faith groups.

“It seems the conception of religious liberty that is broad, but fine-tuned to reality and existing jurisprudence, could become the norm,” she said.

Given the Chief Justice’s apparent sympathy for the challenges to New York’s restrictions, some posited that his move was motivated by a desire to lend a less ideologically divided face to the ruling by keeping at least one of the court’s conservative members on the side of denying the injunction.

Professor Helfand added that Chief Justice Roberts’ concern for the court’s integrity might have more practical underpinnings as well.

“On the merits, it became more clear that [Roberts] is sympathetic, but he is loath to allow the court to become an address for emergency relief,” he said. “As Chief Justice, he has tried to take pragmatic political considerations into account for the sake of the court’s long-term integrity, but here he might also be protecting the court’s docket. If everyone who has a problem with some COVID regulation has a green light to run to the Supreme Court, that worries him.”

Long before the court’s recent action on New York’s COVID guidelines, left-leaning voices have promoted a narrative of robust religious liberty protections as an unhinged legal vehicle, prone to infringe on the rights of others. Critics lost no time in presenting the Supreme Court’s action as a prime example of this view, with citizens wishing to protect themselves from the pandemic as victims. USA Today ran an opinion piece authored by two Ivy League law professors under the title, “To this Supreme Court, religious freedom trumps public health — even amid the COVID plague.”

In the pandemic’s early days, even some religious liberty advocates had cautioned against challenging COVID restrictions in court, feeling that given the serious health risks involved and high level of public fear, such lawsuits made faith groups look overly zealous about their rights and insensitive to broader concerns. In the present case, the political stakes have been raised by the court’s majority being completed by Justice Barrett, who won her post through a partisan and controversial confirmation process. Even before she heard a single case, voices on the left warned that her presence beside two other President Trump-nominated justices cemented a court they warned would roll back decades of liberal jurisprudence.

Mrs. Uddin said that there were still some in the religious liberty camp who were uncomfortable with the case, citing the potential political fallout as failing a cost-benefit analysis. Yet she felt that a focus on both the legal and practical facts justified the suit.

“Unfortunately, in many circles, religious liberty already has a horrible reputation, and I do think that this could create more problems. On the flip side, I don’t think that’s a major consideration for us. There are people interested in staying away from cases like this in order to rally broader support for religious liberty, and they worry about the long-term impact even if they can win this case. It’s a convenient way to think about things if religion is not part of your daily life.”

The ruling quickly drew left-wing calls for court-packing to create a path for President-elect Joe Biden to elevate more liberal justices to the high court.

Professor Helfand said that he was concerned the case could have “political blowback.” Yet he did not fear that the ruling would attract further negative attention to the Orthodox community, despite wide media coverage of mass events allegedly held in defiance of COVID restrictions. Harking back to sentiments expressed by some Boro Park officials when red zone restrictions were initially enacted in early October — that noncompliance was partially driven by a perception of bias — he said he hoped the Supreme Court’s ruling would help repair the image of the community’s view of health guidelines.

“For all religious communities, and for the Jewish community in particular, it’s an opportunity to take stock of this legal victory and to reboot on compliance. Ultimately, the system worked for us. Now it’s time to give back with widespread compliance to the guidelines that are legally valid. I don’t think many reasonable people will blame religious groups for bringing these lawsuits, but to win and then push the envelope on both ends would be deeply irresponsible.”