Prime Struggles and Blessings for ‘The Homeless Editor’ 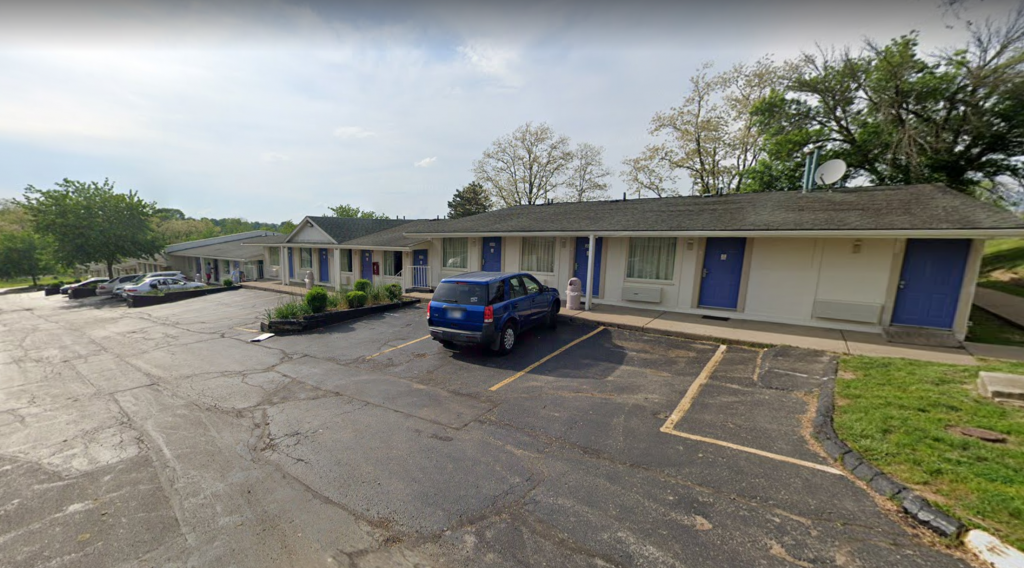 “Someone” was senior executive editor of a daily newspaper. “No one” is an unemployed man living in a Motel 6.

Rich Jackson, top editor of the Herald-Times of Bloomington, Indiana, had already previously been furloughed for a week, earlier in the coronavirus pandemic, but was back at work when he was told on April 23 that a regional editor of the parent company would be meeting with him the next day. Jackson suspected he was going to be laid off, and the regional editor indeed delivered the bad news. Though told that his layoff was among those resulting from a merger involving the paper’s parent company several months earlier, Jackson believes that the recent economic crisis is the proximate cause of his losing his job, as the company sped up its impending layoffs and added names, including his, to the list.

And what did the man who has held 11 newspaper jobs do after learning he’d be unemployed?

“I cried,” he says in a phone interview with Hamodia. “And then I went back to work because I had stuff to do.”

Newspapers have been among the industries hit hard by the coronavirus pandemic, which has left over 36 million Americans unemployed. Though not subject to government closures during the shutdown, other businesses being shut down means fewer businesses buying ads, resulting in diminished revenues for an already hurting industry. (Pew reported last month that U.S. newspapers have shed half of their newsroom employees since 2008.) And even senior executive editors are not immune.

Along with his paycheck, Jackson lost the company-owned, rent-free apartment he’d lived in during his 10 months at the Herald-Times. Though he’d saved several thousand dollars, and received what he describes as a “small severance” as well as money for unused vacation days, he knew he’d have to stretch these funds as far as possible, and moved into a cheap motel. (Jackson, 54, lives alone; his college-age daughter lives with his ex-wife in Pennsylvania.) He also decided to take the moniker “The Homeless Editor” and start a blog about his experiences.

“For years, I have written or edited hundreds of stories about homelessness,” Jackson wrote in his first blog entry, April 29. “And here I am. The subject of a story rather than the empathetic journalist.”

At 3:00 p.m. on May 1, Jackson left the Herald-Times office for the final time. Half-an-hour later, he checked into a $46-per-night Motel 6. No fridge, no microwave, no Kleenex. “I went from someone to no one in 30 minutes,” he wrote.

Though the past several weeks have been difficult and included a number of indignities, “No one should feel sorry for me,” Jackson tells Hamodia, a theme he hits frequently during the interview, as well as on his blog.

He says that his category of homelessness, the “transitional homeless,” are far better off than others, such as those who are homeless on a chronic or on-and-off basis. His blog has gained a measure of fame, resulting in interviews with The New York Times, WBEZ in Chicago and Indianapolis Monthly. After reading the blog, the owner of his motel sponsored a free week’s stay for him; the manager sponsored another week, and managed to track down a fridge and microwave.

Jackson has a roof over his head and a bed in a clean room. He has a car, a computer, a smartphone and wi-fi access, and a bank account. Friends, and even complete strangers, have reached out and offered help. A Go Fund Me page set up by his daughter raised over $3,200 in its first 14 days. And someone who befriended him on social media, but whom he has never met, has offered Jackson use of his guest cottage on Lake Lemon, 10 miles northeast of Bloomington, which Jackson says he will move into several days after our interview.

“And the magnanimity,” he says, “has been extraordinarily heartwarming.”

“Those who are distressed don’t have these blessings,” Jackson writes in one blog entry. “I am technically homeless. But lucky. Beyond words.” And in another: “I have struggles but I have blessings.”

The former editor who hopes to be a future editor is doing his best to maintain a normal schedule: He typically wakes before 9 a.m., goes for a walk, puts up a microwave breakfast, then combs the web for journalism jobs, and sends resumes across the country. But if necessary, the man who once spent four years as assistant manager at a McDonald’s would go back to managing a fast-food restaurant. “I like work,” Jackson writes. “I get to accomplish things and face challenges I can fix.”

Twelve days into his unemployment, after nearly depleting the supply of shelf-stable food he had purchased when the pandemic hit, Jackson went to a local Community Kitchen to pick up free meals. “I’m a pretty tough guy,” he says, “but this was difficult.”

Quite a comedown for a man who, during his decades in journalism, has “challenged governors and senators and local politicians,” he writes. “I like to brag that three governors have yelled at me … because I asked tough questions.” A former U.S. Congressman from Indiana once said in an editorial meeting, “The worst thing I could hear at my front door was, ‘Hi, my name is Rich Jackson and I have some questions for you.’” The former Congressman’s name is Mike Pence.

When visiting the Community Kitchen, “I think I felt as small as I ever had,” Jackson writes. But he managed to find positivity in that experience as well. In addition to the nourishing meals, “what killed me, made me teary, were the toppings on my two boxes. A fistful of candies and a bag of chips. This wasn’t just some food distribution line where mass-produced slop is ladled out without concern. It was more like a couple of friends gave me some food after a celebration.

“The blessings kill me.”

Jackson says that of all the difficulties associated with homelessness, the one least understood by non-homeless people is the stress.

“I call it the anxiety of the unknown,” he says. “People don’t know what’s going to happen next. For some of the people that I have met who are receiving services, it’s meal to meal, it’s day to day. There’s no planning.

“You see some older homeless people, but typically it’s younger, middle-aged folks, because you don’t make it [for very long]. It’s not easy living.”

Jackson’s journalism work has gotten him in trouble in the past — he writes that he was fired twice previously because “my investigative journalism made publishers feel uncomfortable.”

But career wasn’t a job; it was his passion and joy. “The three loves of my life,” he writes, “are my kid, my mom and being a newspaper editor.” On social media, Jackson would frequently write some variation of the I-love-my-job theme.

In addition to searching for a newspaper to return his currently unrequited love, Jackson is now finding time for little pleasures that his 10-to-12-hour workdays never allowed for.

On the fifth day of his unemployment, he walked around a park “right in front of my home at Motel 6,” he writes. He learned about the ecology and history of the park, “one of the many gems of the city. One of the downsides of being so busy as a daily news editor is I didn’t get a chance to use [the] joys of the city… One of the upsides of the extra times of being laid off: I can better understand the joys of the city.