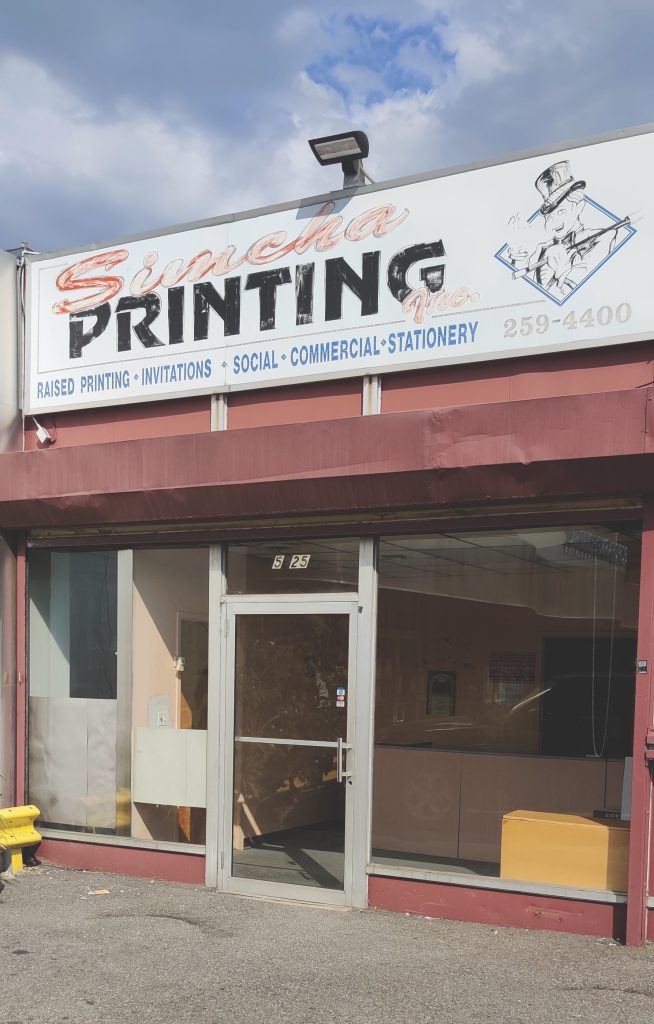 The coronavirus pandemic and resulting shutdown has thrown the U.S. economy into turmoil, leading companies to bankruptcy and record levels of unemployment.

This week’s interviewee is Rabbi Avrohom Schorr of Simcha Printing, which makes invitations and bentchers for weddings and bar mitzvahs, with locations in Boro Park and Lakewood.

Take us back to mid-March, when the coronavirus shutdown began.

I remember that the last day we were in the office doing business was March 19; we were finishing up the wedding invitations for the week after Pesach and Lag BaOmer. The invitations that were still in the pipeline but had not yet been printed were immediately put on hold. From that day, our business went down to just about zero.

That’s when you would have started working on post-Shavuos weddings?

We did not receive any calls for new business. The invitations we had been working on were just put on hold; there were a few that had already been printed and the customers paid for them, but they didn’t even bother picking them up from us, because they knew they would not be mailing them out. Many of those people ended up just making small backyard weddings.

Our business was just about completely dead until early June. Now, for the simchos that are scheduled for Tammuz, before the Three Weeks start, people are realizing that they may be able to hold weddings after all, so it’s picking up in Lakewood; in Brooklyn it’s still slow.

The people who had scheduled weddings for after Shavuos — did they postpone the weddings, or did they hold small backyard affairs?

I think most did hold the weddings around the day they had planned to, but they used backyards, or other small venues, warehouses or even Amishtown.

When people had these small affairs in the backyard or wherever, did they use traditional invitations or did they just call their friends?

Most people didn’t use printed invitations. They probably called friends or sent email invitations, that sort of thing.

So about two weeks ago, the business started picking up again. Let’s discuss that.

Well, I’ll take it one step before that. Even before two weeks ago, here and there people made invitations without a date, or with just a date but no venue, or a vague date like “second week of June.” And they wrote “Sorry, you can’t join in our simchah, but please celebrate from afar, send your brachos for the chassan and kallah,” etc.

Was this a diplomatic way of saying, “Send a check?”

Yes and no. But I’m making a point here. And I am not saying this only as an invitation printer, but also as a father who has baruch Hashem made a few weddings.

Some people have recently been talking about getting rid of invitations. They don’t realize what invitations are all about.

When a person makes a simchah, there is an atmosphere in the home that builds. When they receive the invitations from the printer, then they send them out, there is a great excitement. For the next few weeks, every day you run to the mailbox to see who sent back return cards. There is a simchah that grows in that home.

There have been weddings made now in the most difficult circumstances, with no friends, few relatives, a small venue — but some parents actually insisted on mailing invitations; some had extra cards saying, “Call us, we’ll let you know,” or, “Send us your email; if anything changes we will let you know.

I know that some people did it to get checks back. But that was not the only reason. They truly wanted people to feel the simchah at home more, and were hoping people would write back brachos. One person even specifically wrote in the invitation that people should send back return cards with notes, and the chassan and kallah will make an album of all the notes.

I’ll tell you the truth: Most of the jobs I did recently are not lucrative. To produce a small numbers of bentchers, a last-minute job, with the headaches, I don’t make much off that, but I felt this is the least I can do to help a person make a nice simchah under these circumstances.

But these backyard weddings for 20 people or whatever, most did not have invitations, right?

Most didn’t, though part of it was that these affairs came together very last-minute, and there was lots of stress involved.

Did anyone who made a small backyard wedding or bar mitzvah, still mail bentchers to all their friends?

Some did. I just had a customer who made a small bar mitzvah for her son, and mailed out bentchers to all their friends. Also, some of these backyard bar mitzvahs have drive-bys, where the neighbors drive by and say “mazel tov,” and they get a bentcher, also a keepsake, some cookies or cake — people were innovative with how they made these corona simchos.

So let’s discuss the last two weeks, when things started picking up.

As the wedding halls started opening up more, people had more confidence that the simchos are coming back. But it’s not fully back. A few wedding customers I have now are ordering half the number of invitations that they ordered for their last wedding.

We’re starting now to do invitations for the post-Tishah B’Av weddings. But the customers only gave me the text so far, not the numbers. So I don’t know yet if these will be back to normal or smaller than usual. This is in Lakewood. In Brooklyn they have not come back yet.

Do you think the movement to make smaller weddings will catch on?

These people pushing for smaller crowds don’t understand something: You cannot open a wedding hall and prepare a wedding for fewer than 350 people; it won’t be worthwhile for the caterer. If people come up with takanos and say, “You can’t have more than 250 people,” firstly, some people have more relatives than that. Sometimes the mechutanim each have 10 siblings, and the chassan and kallah each have 10 siblings. Add just a few neighbors and very close friends, and you’re well over 250.

And anyway, even if you do make a wedding for 250 people, the caterers will still charge for the minimum of 350. If people want to bring down the cost of weddings, they can get rid of other things like large bands and multiple singers, the gifts, the extra expenses.

I think after the pandemic ends, life will return to how it was before. Some people may make smaller affairs, but those will still be fancy. I heard of a small wedding held in Long Island — they brought out sofas, a dance floor, two singers, a big band, all for 50 people in a backyard.

That’s right. Maybe people will even invite more people to the simchas chassan v’kallah than they used to, figuring they don’t have to give them a meal.

Even when the pandemic is completely over, do you believe there are any ways in which your business may change permanently?

I have a hunch that some people may decide that they like the idea of small weddings — maybe even out in a barn in Amishtown. Because one thing you heard from people who were at these small weddings is that they never felt so good at a simchah before, with everyone so close. Everyone knew they were wanted, they were a real part of the simchah. They may make it smaller, but it will be elaborate. They may send fewer invitations, but they’ll be fancier than before.

I hope Klal Yisrael will takeh be able to be misameach each other again, and realize what is special about simchos. It shouldn’t feel so commercialized. And maybe even people will actually bother to send back the return card!