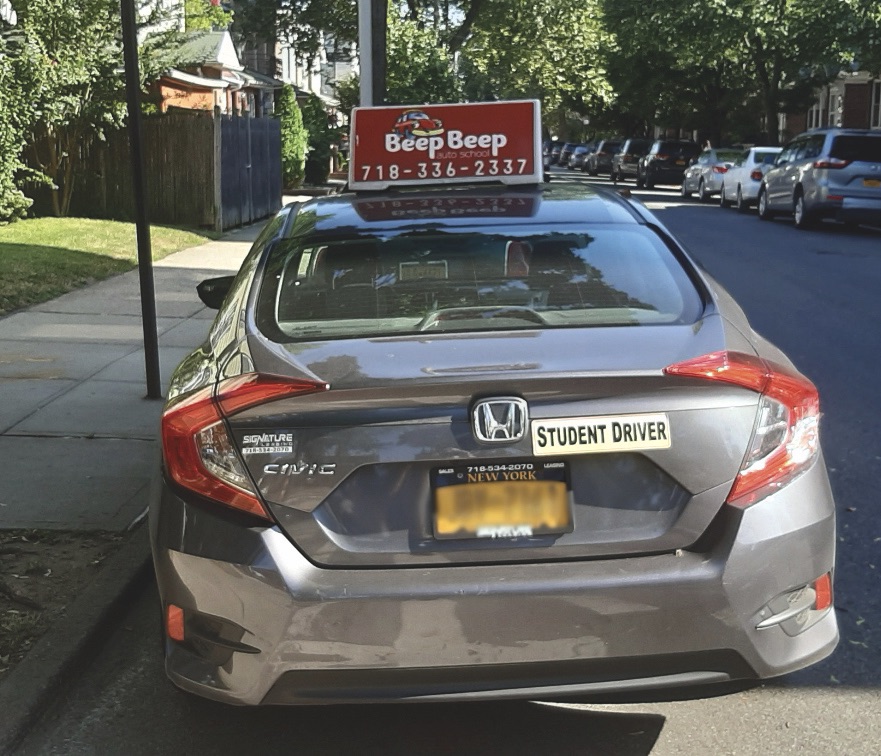 In this column, Hamodia speaks with someone from an affected industry about the effect of the shutdown on their business.

Tell us about your business.

We teach people how to drive, provide five-hour courses and take students to road tests. We also, for an extra fee, do rush road testing: If people don’t want to wait on back of a line that at times can stretch for up to two months, we have a full-time staff going through the DMV site looking to see if anyone has canceled a road test, and we snatch it for our students.

We have students from Boro Park, Flatbush, Kensington, Williamsburg and Bensonhurst. We have seven instructors and seven vehicles. During busy seasons, all our instructors are working full days, with lessons one after the other, and we’re doing about 40 road tests a week.

The busiest seasons are usually Pesach bein hazmanim and the summer — when the bachurim, and girls in high school or seminary, are out of school.

Let’s go back to mid-March, when the coronavirus pandemic really started hitting New York and the shutdown began. How did that affect your business?

Actually, four or five days before the government shut down the state, our Rabbanim said we should close. So we shut down completely. We didn’t slow down operations; we just pulled the plug immediately — we went from full throttle to park.

Our students are sitting right next to their instructor for a full hour, and that was an unacceptable risk during a pandemic.

When the government implemented a shutdown, Beep Beep was already closed, but what about the driving-schools industry in general, and the Department of Motor Vehicles — were they all immediately closed?

Yes. We got a notification from the DMV — which regulates driving schools — that per the governor’s executive order, all our operations must cease immediately. So even if we hadn’t closed voluntarily, we would have been forced to close a few days later.

When did things start opening up again for driving schools?

We were allowed to resume lessons during Phase 3, which for New York City was on July 6.

So, from when you closed in March until early July, you were fully shut and did not make a penny?

Not only did I not make a penny, but I was bleeding money. Because I have seven cars, and I have to pay insurance. The insurance companies were giving breaks to private people, but not on commercial policies. 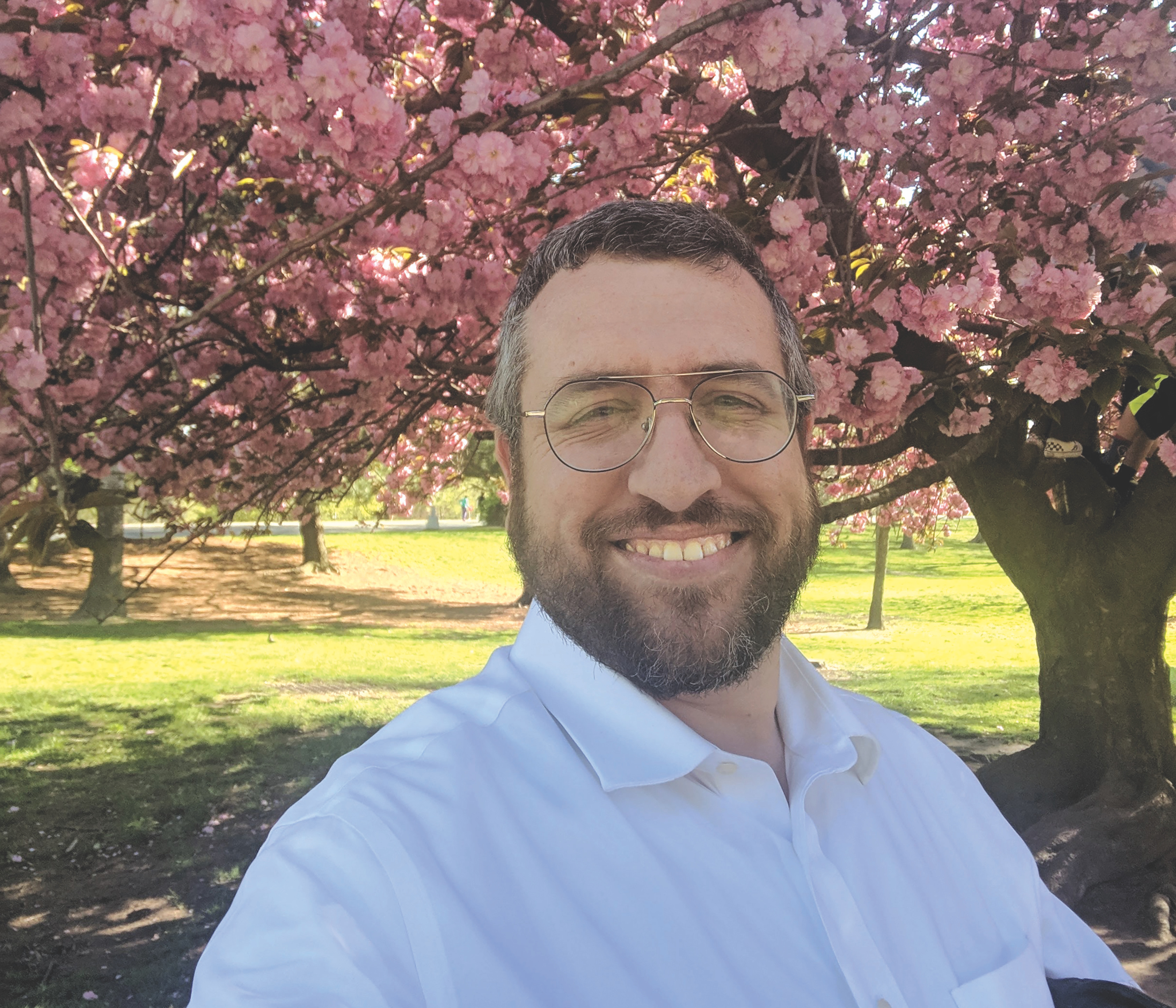 What about your instructors — are they salaried or paid by the lesson?

They’re paid by the lesson, which means they did not make any money during these four months, either.

Aside from the federal stimulus check you received as an individual, did your business receive federal help, for example, from the Paycheck Protection Program?

Yes, I got PPP loans. But in order to get those loans forgiven, I had to keep the instructors on payroll. But with the extra $600 weekly federal unemployment payments, they were at first hesitant to come back to work.

What did you use these loans for? The business expenses? Personal use?

I used it for business expenses — though they covered just a fraction of my expenses.

To get by personally, I had to go into my savings.

The DMVs in each region also reopened in its Phase 3, correct?

They were supposed to, by appointment only, though it was delayed a little bit until they got their act together. The DMV is not the most efficient entity in the world.

But we resumed lessons as soon as were allowed to, right at the beginning of Phase 3.

Our typical student is a 17- to 18-year-old. Those in the pipeline to get a license during these months were devastated by the shutdown; this is something that they were waiting for so badly. So once we opened, there was an absolute burst of demand, due to the backlog.

When the DMV reopened, the biggest obstacle for new drivers was getting the permit test.

You can’t start taking a lesson before you get your permit. But the DMV didn’t start giving permit tests until Phase 4 — which, in New York City, began on July 20. These tests were only being done by appointment, and were getting booked so quickly that you had to wait two months for an appointment. In New York City, if you try going online and booking a permit test now, you won’t get one before at least September, maybe October.

I’m having a lot of kids now go all the way upstate to Hudson, New York, in Columbia County, 130 miles from Brooklyn. It’s like the only place they can get an appointment quickly, so they travel two and a half hours to take the permit test.

Only once they pass that test can they start taking lessons.

What about road tests — have they started up yet?

They have, but there was actually very little demand, so the wait was quite short. I think the reason is that the DMV was still not allowing us to give the five-hour class — even though we are in Phase 4 — since it is a bunch of students packed for a long time into a small room, so there is a high risk of exposure. And you can’t take a road test before you have taken the five-hour class. So the only people who can take road tests now are those who already had taken the five-hour class before the shutdown.

Just this morning, the DMV told us we can start doing the five-hour class remotely. I imagine that’ll result in demand for road tests going up.

How is your business doing now?

Goods-based businesses may be able to recoup their losses from the four months of inactivity. But in a service-based business, you’re limited by time. There are only a certain number of hours in the day, so we can’t really recoup those losses.

If there’s such a demand now, can’t you temporarily get more cars and more instructors?

The hardest part of this industry is to get qualified instructors; they’re very hard to come by. Also, I can’t train someone in and hire them just for a few months until this demand dissipates. And most importantly, instructors need a special license from the DMV, but the DMV is still not functioning properly, so people who want to become instructors probably can’t get appointments for tests to qualify. So it’s not like there are extra instructors floating around that I can hire.

Can you extend your hours of operation?

Most of my guys are working 10 or 12 hours a day already; they can’t do more than that.

I’ve interviewed people in many industries these past few months, and most feel that even after the pandemic is over, their industry will be permanently affected in one way or another. Do you feel that this will happen in any way with your industry?

Typically, when we go to road tests, we bring multiple students at a time. Right now, we are only allowed to bring one person at a time. And we are charging the same amount. So that really cuts our profit margin. But it does have a big advantage for the student, because we’re giving them individualized attention, and they’re getting a lesson right before the test. So we may decide to actually keep that even after the pandemic is over — we’re always looking for ways to improve the experience for our students.

Otherwise, I think that everything will be back to normal.

The next big pandemic for us will be when all cars become driverless!

Are people going to need licenses then?

I’m sure for the first 10 years they will have to. They’ll get to a certain point where the phones and cars will be a lot smarter than us, and then we won’t need it. But we have a ways to go before that.