The coronavirus pandemic and resulting shutdown have thrown the U.S. economy into turmoil, leading to bankrupt companies, shattered industries, and record numbers of unemployed Americans.

This week’s interviewee is Ari Charach, a locksmith from Boro Park, who services clients across New York City. Charach, 32, has been in the industry for nearly 10 years, the last three in his own one-man company called Aronlocks.

What sort of work does your business entail?

My business mainly entails making people feel safe at home and in their businesses, by ensuring they have properly locking doors for their offices, homes, and apartment building entrances. I also give them ease of access by providing combination locks, electric strikes, and masterkeying systems so that management companies can have just one key instead of many.

About 75% of my work is in commercial buildings, office buildings and apartment buildings, and 25% is private homes.

Let’s go back to mid-March, when the coronavirus started hitting New York hard and things began shutting down. How was your business affected?

Thank G-d, at that time I was pretty busy running around all over doing jobs. On March 17 — exactly a week after Purim — I had just finished a job in the Bronx, and I got a message from my kehillah, in the name of our Moreh Horaah, that whoever was in shul the past Shabbos should go home and quarantine, because there had been one or two confirmed cases of the new coronavirus in our shul.

I canceled the jobs I had for that day and went straight home. As it turned out, I would be home for the next two-and-a-half months.

I had to call my customers and tell them, apologetically, that I am in quarantine and I don’t know how long it’s going to last. At the time, I didn’t have any symptoms, but everything was open-ended and we didn’t know what was going to happen. When customers called and said they needed work done, I referred them to other locksmiths. There are 10 or 15 of us locksmiths in the Brooklyn community who are very close-knit; I gladly give them my customers for a day, if a customer needs a job that I am not available for, and I’m not afraid that they will take the customer away from me.

That’s what I did when people called me for jobs at first. But after a couple of weeks, those calls stopped, because people knew I was not working.

There was very little that I could do from home. I did a little over the phone, like telling someone how to change the combination lock procedure, you know, something that somebody can do on their own, trying to be helpful as to what kind of locks to get, or trying to figure out solutions for somebody’s lock requirements that another person could do for them. But this was not billable work. For two-and-a half months I was not able to bill for any work at all.

When you refer jobs to other locksmiths, do you get a referral fee?

No, I don’t get anything off of that — and they do the same for me.

From the middle of March until the beginning of June, I did not make a penny.

How did you get by financially during that period? Does your wife work? Do you have savings? Were you living off the stimulus payment?

My wife does not work. We had a little bit of savings. A kind family member helped us out. The stimulus helped us. But we fell behind in a couple of big payments. 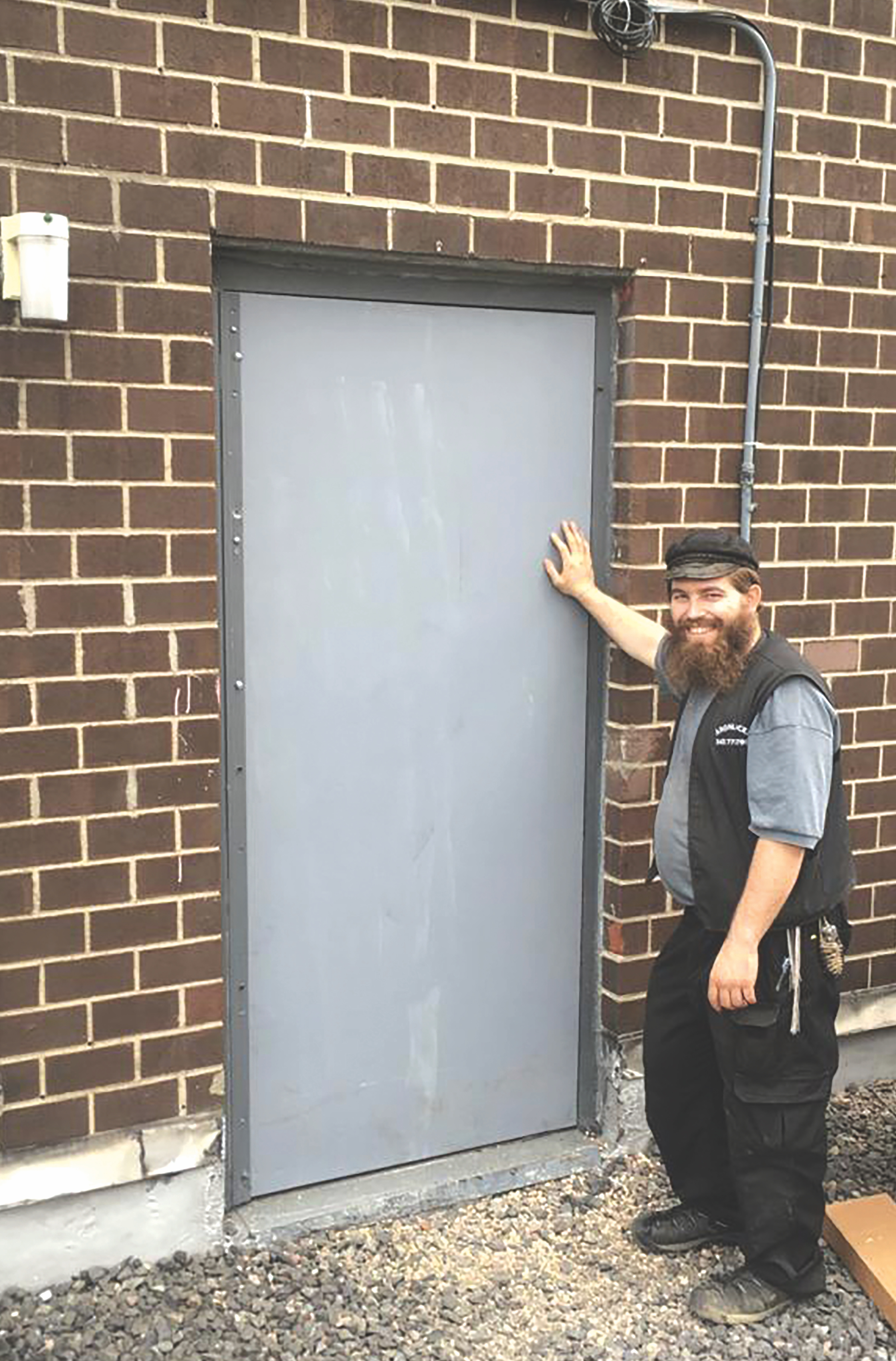 The typical quarantine period is two weeks. Why were you home for two-and-a-half months?

Because soon after the shul put out that quarantine notice, the government started the shutdown, and nobody was supposed to go out. And then, after being home for about three weeks, I started exhibiting symptoms — even though I had not had contact with anybody during those three weeks.

For one week I was completely out of commission. Then my doctor told me to start taking vitamins — five or six different types. And after a week or so, I was able to get back to “normal,” but still in quarantine. Then, three weeks after my symptoms ended, my wife started feeling symptoms for around a week. And the doctor told us we should not leave the house until at least two weeks after her symptoms cleared up.

What was the quarantine period like — once you and your wife were no longer sick, but home all day long?

As strange as this may sound, we and our three children, kein ayin hara, had a blast during quarantine.

We davened together as a family. The children — they’re 8, 10, and 12 years old — did their yeshivah phone lessons, and we ate breakfast. My wife, thank G-d, is a very innovative person. We played games and did activities with the kids every day. We just had a really grand time — so much so that my kids now say that they miss that time, and it’s not fair that Tatty is not home as much and we can’t play with him and have as much fun with him as we did during quarantine.

By the way, none of the kids ever had symptoms — but two tested positive for antibodies.

So business started opening up again for you in the beginning of June.

At first I started working on a couple of jobs that I had left unfinished when I was forced to quarantine in March. Then after a week or two I called all my customers, and told them I’m ready to work again. Slowly but surely the jobs started coming back in.

I’d say my business is now about 80% of the usual rate. Not all my customers are fully operational yet. For example, one customer is a childcare center that I am usually busy with every other week, but it was only just allowed to open today for the first time.

Many Jews go upstate during the summer, so they’re not having work done now.

It also seems that the building management companies are not really interested in upgrading security — and this started a little before the pandemic hit — because cops were not going after burglars anyway. People are not confident law enforcement will make the arrests, so they don’t even bother with the security upgrades. Things are just lawless.

If it is a high-crime period, shouldn’t people be more interested in upgrading security?

Residential properties did want to upgrade more. But on the commercial side, there are a lot of rent-stabilized buildings, and New York state passed new regulations recently that severely restrict landlords’ abilities to raise rent. And with bail reform, it’s like catch and release — the police don’t even bother coming down to make arrests now, because they figure that the guy is going to be back out on the street the next day anyway. So the management is not interested in, for example, spending money on improved security systems, when they can’t make money off rent and the cops aren’t bothering to make arrests anyway.

You’ve said you have many friends in the industry. Would you say that their experiences during the pandemic have been similar to yours?

Not necessarily. Most of them did not go into quarantine as early as I did — they waited until either they exhibited symptoms, or until government mandated the shutdown. Some of them do essential work — like providing building security — and never showed any virus symptoms, so they worked straight through the pandemic.

Do you feel this pandemic may change your industry permanently in some way?

I believe it brought to a lot more people the awareness of hands-off security. People will want more automatic doors and locks, so they don’t have to touch door handles.

It’s not there yet, but I think it will get there shortly.

Is this a good change for your industry? Do you have a higher profit margin on these devices?

Yes, we have a higher profit margin on them. But it’ll also require us learning new skill sets.