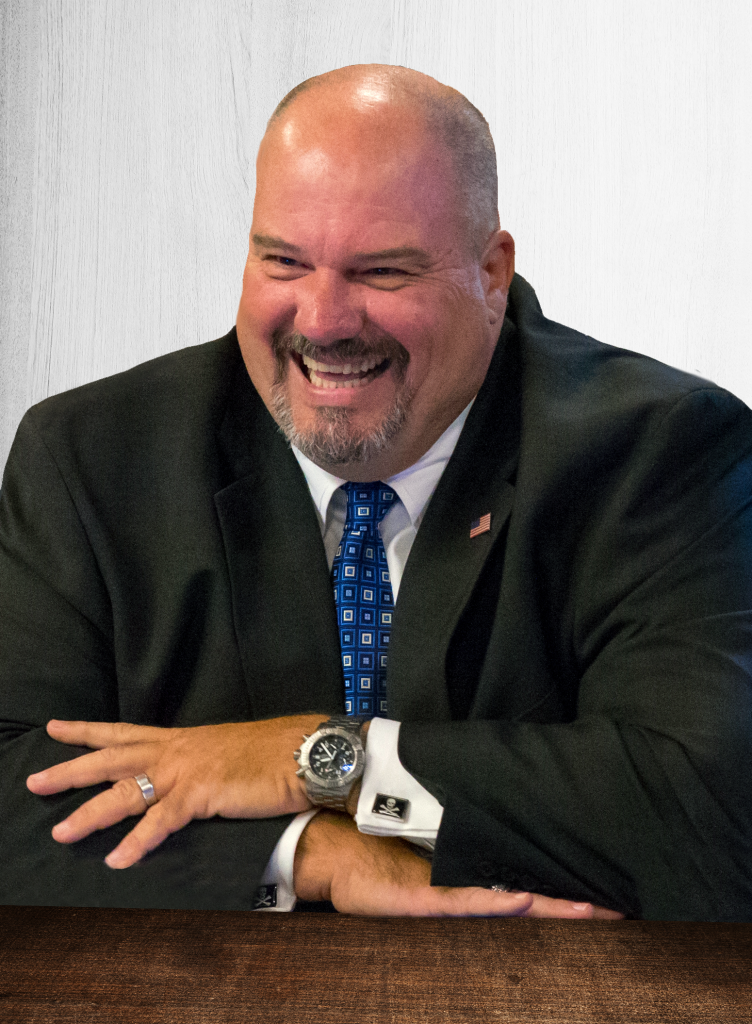 In a time of increased shooting and other attacks, ensuring security for religious institutions requires a comprehensive approach from the faith communities, says Roger Parrino, commissioner of the New York state Division of Homeland Security and Emergency Services.

Parrino, who runs the state agency tasked with preparing for and responding to both man-made and natural emergencies, said in an interview with Hamodia, several weeks after a shooting at a Pittsburgh Jewish congregation left 11 people dead and seven injured, that no single form of protection undertaken by a shul or yeshivah will ensure its security.

“It’s going to take a whole entire holistic approach so that there’s no one single point of failure and the majority of people are involved,” says Parrino, a former NYPD detective and Marine Corps infantryman, who later worked as a Defense Department contractor and at the Homeland Security department, before being appointed to his current position by Gov. Andrew Cuomo 18 months ago. “I’m a big believer in communicating and being candid. I think the threat has to be understood. A real, hard conversation with the people of your parish or your mosque or synagogue — a discussion of what is legitimately the threat and what can we do about it.”

Among the responsibilities of Parrino’s Division is administering a $25 million grant, announced a year ago by Gov. Andrew Cuomo, for security projects at institutions at risk of hate crimes. The grant covered improvements including security training, cameras and other technology, door-hardening and improved lighting.

The threat at each particular type of institution is different, says Parrino. Whereas school and workplace violence often comes from people inside the institution, violence at houses of worship is generally committed by outsiders.

“So, that means controlling the entry point becomes much more important, knowing the people coming in,” says the commissioner. But, inasmuch as religious institutions aim to be welcoming to strangers, “I’m not going to tell a rabbi or an imam to turn away somebody that you don’t know — but know that you don’t know them. Perhaps find out a little bit more about them or keep an eye on them till you’re comfortable.”

In the years since 9/11, most large-scale attacks have come from “lone wolves,” people who may or may not have been inspired by terrorist propaganda, but have not trained by, or even been in communication with, organized terror groups.

Parrino says one way to prevent lone-wolf attacks is by improving citizens’ preparedness, “working to get our citizens more involved and taking more responsibility for themselves and being prepared and being aware of the reality of risk. That is something that I take seriously.”

The citizens’ preparedness classes the Homeland Security Division teaches offer training for hurricanes, floods, terror attacks and active-shooter situations. In the latter situation particularly, the commissioner calls himself “a big fan” of Run-Hide-Fight — teaching citizens that if caught in an active shooter situation, they should first try to run or hide, but if that is impossible, fight the attacker.

“I would like to see shuls be open-minded to teaching their parishioners some Run-Hide-Fight. I think that would go a long way to making them more aware of the situation, and it would also empower them that there is something that they could do should the situation go bad.”

Federal authorities monitor activity and comments in online forums, and citizens are encouraged to report suspicious behavior to authorities. But how does one know if a neighbor or friend who, for example, expresses hatred about a particular group, is about to carry out an attack?

The key, says Parrino, is noting when a person’s behavior changes. An attack is less likely to be carried out by “a person that has been verbally abusive toward a community for the last 20 years, than the one that hasn’t done it for 20 years and now starting to do it. That change in behavior is what you’re looking for.”

But even once law enforcement has been notified of a person’s troubling behavior, the commissioner believes that agencies have to do a better job of dealing with the information.

While threatening violent action is a crime, simply expressing hatred of a particular group is not. Even when the individual’s statements do not cross the line into illegality, Parrino believes government can help the individual with his personal problems before they mushroom into a large-scale attack.

For example, Omar Mateen, who killed 49 people at an Orlando club in 2016, in the largest terror attack on U.S. soil since 9/11, “was on the FBI’s radar, but they only looked at it from a law-enforcement lens,” says Parrino. “If they would have looked at him more from a threat assessment and had gotten people from mental health involved, people from the community involved, perhaps we would have been able to get this individual help before he went off and committed such violence.

“Even when a person has not done anything illegal yet, perhaps there’s another issue going on here that we can help out with. Did he just lose a job? Did he just break up in a relationship where some mental health would help? Was he on medication that he stopped taking? We have to start paying more attention to these kinds of things that are beyond law enforcement’s scope.”

Parrino says that religious institutions have to have a “realistic view of looking at their points,” and assessing how serious each potential weak point is. For example, if a shul does not have a security guard, congregants have to be aware that strangers can enter. But since threats at religious institutions have generally not come from insiders, “you still have to think about whether there are threats from insiders, but you probably don’t have to spend a lot of time thinking about it.”

Finally, while Parrino says there’s “a move towards anti-Semitism in Europe that I’m picking up on, and I’m concerned about that trend coming here,” he believes that reports of rising anti-Semitic attacks in the U.S. may actually reflect a positive trend: because perhaps what is rising is not actually the number of attacks, but the rate at which they are being reported. “What is encouraging,” says the commissioner, “is that local governments are attuned to the idea that this is something we have to track as a hate crime.”