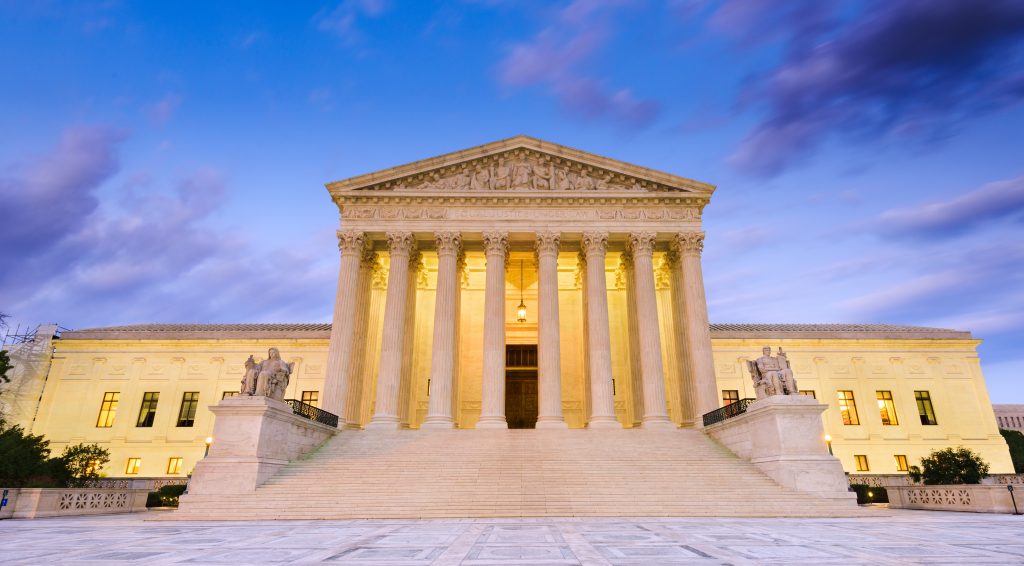 Within hours of the Supreme Court’s decision last week that a Montana law which blocked aid to religious schools was unconstitutional, the work of parsing the ruling and determining how far it would go in changing the contours of public funding to faith institutions — particularly schools — began.

At the heart of discussions is whether Espinoza v. Montana Department of Revenue is the final chapter in laws presently on the books in over 30 states known as “Blaine Amendments.” The laws, which have their root in late 19th century anti-Catholic sentiments — a point harped on by opponents — have long stood in the way of a long list of funding programs benefiting faith organizations and have been a bane of the school choice movement. 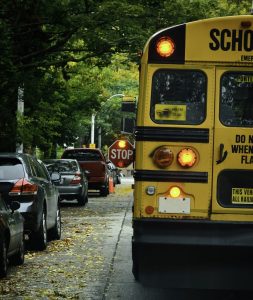 Observers have predicted that Blaine amendments have been on notice since a 7-2, 2017 Supreme Court decision in which the justices said that a Missouri law which blocked religious schools from benefiting from a program that provided rubber padding to playgrounds was “odious to our constitution.”

The Montana case took the far more ambitious step; evaluating a program that would fund not just a secular service to a religious institution, but pay full tuition for education at a religious school. While garnering two fewer votes than the Missouri case, Chief Justice John Roberts’ majority opinion set down a clear marker that seems to leave little room for Blaines to remain viable.

“A State need not subsidize private education. But once a State decides to do so, it cannot disqualify some private schools solely because they are religious,” he wrote.

Eric Baxter, an attorney with Becket, a law firm focusing on religious liberty causes that has championed several cases to defeat Blaine amendments, told Hamodia that the ruling will likely close the door on similar state laws.

“I think Blaine amendments are done and it’s about time,” he said. “This opinion says that you can’t have provisions in a law that on their face discriminate on the basis of religion, which is exactly what Blaines do.”

Mr. Baxter added that further litigation along these lines was unlikely as such cases typically arise when funding programs that stand to benefit faith institutions are challenged for running afoul of existing Blaine type laws — a scenario that is now far less likely to occur.

“I’m not sure that we are going to see state legislatures taking the initiative to change their constitutions, but Blaines are basically dormant until someone brings a lawsuit. I think far fewer of those suits are going to be coming up and if they do, I think courts will dismiss them quickly,” he said.

With Espinoza in hand, all eyes are to the school choice movement to see what gains it will yield. Jason Bedrick, director of policy for EdChoice, a school choice advocacy organization, said that implications will not take long to be felt.

“The practical ramifications are that this removes an obstacle in a bunch of states that made it very difficult if not impossible to pass school choice programs,” he told Hamodia. “There’s always more issues to litigate, but this opinion certainly seems like a slam dunk for us.”

While it would likely take some time for new voucher or tax credit options to make their way through state legislatures, the legal tables seem poised to turn, with suits being brought against Blaine amendments rather than parties using them as the basis of their claim. Mr. Bedrick pointed to three states, Maine, Vermont, and New Hampshire, which all have active programs that provide vouchers to parents who live far from public schools, but these funds can only be used in secular private schools. Lawsuits based on Espinoza have already been introduced and seem likely to succeed.

In many states such as New York, New Jersey, and California, Blaine Amendments have not been the key factor standing in the way of programs to defray the cost of private schools for low-income families. There, political opposition to school choice, championed by teachers unions, will likely continue to make such programs a non-starter for the foreseeable future.

Rabbi Abba Cohen, Agudath Israel of America’s Vice President for Government Affairs and Washington Director, anticipated that the ruling would quickly give way to a plethora of new school choice initiatives in such states.

“I think there’s a lot of opportunity now that lays ahead at the legislative level in places where there wasn’t enough support due to fear that school choice programs would be struck down by the courts; this ruling is going to embolden them,” he told Hamodia. “I also think we’re going to see private school organizations and scholarships funds lose no time in going back to legislatures and telling them that if you have something on your books that discriminates against religion that it has to be re-done.”

Rabbi Cohen also noted that the decision serves as what he sees as a welcome sign of how far school choice has come.

“When I came to Washington 30 years ago, school choice was a dead letter that you were either laughed or chased out of town for mentioning. The proposals then were very modest and they rarely went anywhere. Now, we have some very strong state programs, an administration that has put school choice on its agenda, and some very significant Supreme Court decisions,” he said.

As with many rulings, the potential for unwanted side effects to the “winning” side seem present. While religious schools are indeed glad that they can no longer be excluded from the types of funding in line with this case, it remains to be seen if this mandate will end up discouraging states who are open to school choice but reticent to open it up to faith institutions, from pursuing such programs.

It was not a worry that Mr. Bedrick felt would have any significant impact on legislative school choice efforts.

“It’s possible that we could hear something like that from some states, but I don’t think [having to include religious schools in tuition aid programs] is really going to be holding anybody back,” he said. “This is something that we’ve heard very often as a pretext for opposing school choice, but I don’t think it really comes from a principled position. Most likely the people using this line were not open to school choice in the first place.”

Another potential complication was raised by Justice Stephen Breyer in a dissenting opinion where he expressed concern that opening the gates of government funding to faith-based schools would “risk the kind of entanglement and conflict that the Religion Clauses are intended to prevent.”

While acknowledging that strings which can come attached to funding could create complications for religious groups, Rabbi Cohen said that navigation of these challenges are best left to faith groups themselves.

“Leave it up to institutions to decide what strings they can and cannot live with,” he said. “Entanglement has been an argument on the other side of this issue for a long time, and it is a concern, but it should not stop us from pursuing equity in government programs. Frankly, it’s a little patronizing to hear it from groups like ADL that we know oppose funding religious institutions on principle to tell us that they’re worried about the strings.”

While focusing on tuition aid, the court’s decision will likely have consequences for a wide range of government funding that will now have to cross a much higher bar to justify excluding religious groups.

“This opinion says very clearly that government cannot treat religious institutions different that a comparable secular one,” said Mr. Baxter. Going beyond the issue of funding, he added that the present ruling backed up a decision made recently by a New York federal court that Mayor Bill de Blasio’s statements saying that anti-police protests deserved more legal leeway from COVID restrictions than religious services constituted a breach of the First Amendment.