Playing Politics at the Pump 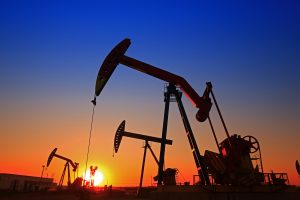 Amid rising prices at gas pumps and for other energy needs, the Biden administration asked the Organization of the Petroleum Exporting Countries (OPEC) to increase its crude oil output, a move intended to drive down consumer costs by bringing more supply to the market.

“Higher gasoline costs, if left unchecked, risk harming the ongoing global recovery. The price of crude oil has been higher than it was at the end of 2019, before the onset of the pandemic,” said National Security Advisor Jake Sullivan in a statement. “While OPEC+ recently agreed to production increases, these increases will not fully offset previous production cuts that OPEC+ imposed during the pandemic until well into 2022. At a critical moment in the global recovery, this is simply not enough.”

Yet, the move raised eyebrows in disparate camps. President Joseph Biden has made clean energy a major element of his agenda and a call for nations to pump more oil did not sit well with environmental advocates that have generally been supportive of his administration.

At the same time, advocates for America’s domestic energy producers bristled at the administration’s choice to encourage overseas producers while perusing multifaceted policy moves that squeeze the U.S. oil and natural gas industry. Adding what American producers saw as insult to injury, the administration directed the Federal Trade Commission (FTC) to exact more scrutiny on U.S. energy companies it suspects of engaging in anti-competitive activities.

Hamodia discussed the topic with Thomas Duesterberg, a senior fellow at the Hudson Institute and an expert in energy and environmental policy.

What is the root cause of rising energy prices?

It’s basically a matter of supply and demand.

During COVID, there was a cutback in demand almost everywhere. Producers always try to balance the supply with the realities of demand, so they made significant cutbacks in production.

In the U.S., a lot of production for the last 10 years has been from fracking wells, which, while very productive in their first year, are notorious for productivity trailing off afterward. So as U.S. producers cut back on their own production, it became especially difficult for them to ratchet back to fill rising demand as the pandemic receded. The result was a major falloff of domestic production, and it’s very difficult to get these wells back up and running, and it takes time to dig new ones. This has been especially challenging since the Biden administration’s energy policies are focused on destroying America’s fossil fuel industry, making it doubly hard for the business to get the regulatory support it needs to expand its production.

To what extent was this pricing problem a result of the administration’s policies on domestic energy production?

It’s hard to say how much to calibrate these things, but clearly, you can document the falloff of production and falloff of people working in the fields and the number of wells drilled since the administration started putting its policies in place.

There are a lot of macro-policy moves the Biden administration made — like revoking the permit for the Keystone pipeline to import oil from Canada, revoking leases on existing wells and on digging new wells, and a general regulatory squeeze on the industry, which all contribute to decreasing output.

What is the Biden administration’s motivation for turning to OPEC+ to fill in the supply gap, a move it must have known would be controversial and seen by many as hypocritical?

The only explanation that makes sense is that they’ve seen polling data showing the dissatisfaction of consumers with higher gas and oil prices. Plus, this fits into their narrative that the industry itself is exploiting the situation and charging prices outside the range of what crude oil should be going for. President Biden has said that the industry is too concentrated and maybe even colluding on pricing.

Now, the real motivation for going to OPEC is simply to get the prices down by increasing imports by a fair amount and to bring more supply on the market. You could accomplish that by raising domestic production as well, but asking the U.S. industry to do more goes against other priorities the administration has.

Does turning to OPEC+ mitigate any of the administration’s environmental concerns?

Not at all. It is especially so because we are talking here about OPEC+, which includes Russia. Russia exported about 500,000 barrels a day last year to the U.S., and in 2021, the level reached a high of nearly three quarters of a million barrels a day. Given those levels and the fact that Russia is notorious for being indifferent to the environmental impact of production practices, it is hard to argue that this is a better path from an environmental perspective.

Methane is a major byproduct of producing oil and natural gas, and Russia is on a per capita basis the world’s largest emitter of methane. From a macro-environmental perspective, it does not make a lot of sense to ask Russia to fill in the gaps of U.S. production as the leading emitter of a gas that environmentalists warn needs to have its emissions significantly reduced.

Asking the Middle East to raise production does not make much sense either, since if you look at Saudi Arabia’s methane emissions, they are also pretty bad.

The impact of this policy is essentially to push the environmental problems that the administration wants to fight out of America, but to throw them to other parts of the world which, ironically, would do a much sloppier job on them.

What is the administration’s sway to get OPEC+ to actually put more oil on the market?

I think the OPEC countries’ first priority is to sell as much oil as they can. Saudi Arabia’s budget depends heavily on selling more crude oil, and they have been running deficits for several years already. They have been trying to rebalance and diversify their economy, but for now, I think they would be very happy for America to buy more barrels than they have been buying.

The larger question is what this move will do to the administration’s overall policies on places like Saudi Arabia, towards whom President Biden has not been especially friendly. As the political situation between the administration and the Saudis sours, it’s a little unclear what they’re trying to accomplish by buying more oil from the Middle East. It’s quite baffling, really.

What impact do you think this could have on U.S.-Middle East relations?

Despite criticism for its Middle East policy moves, the Trump administration had significant breakthroughs, especially with the United Arab Emirates. The Abraham Accords were a real step forward, and if you want to calibrate your oil imports from those countries that the U.S. has had a warming of diplomatic relations with, perhaps that would make some sense going forward.

However, my impression is that President Biden is fairly cool towards the Abraham Accords, so I don’t think that this move is part of an attempt to strengthen those ties.

With regard to Saudi Arabia, I think the Saudis are very clear-eyed and maybe even hyperrealistic that, while the U.S. might be looking to buy more of their oil, that does not mean any other changes in policy between them and the Biden administration. They see it, probably rightly, as a one-off business deal that will not change the political situation.

Still, I think the Saudis are capable of compartmentalizing the oil issue and dealing with the rest of its diplomacy with the U.S. separately.

Will it have impacts on U.S.-Russia relations, which are also at a low point?

Russia will pocket both the money and President Biden’s acceptance that Russia is going to finish the NordStream 2 pipeline, which will make more of Western Europe dependent on Russian gas production. But I don’t think that this will lead to any overall improvement in relations. Putin is not expecting any other changes in Biden administration policy, and the U.S. is not asking for anything in return for its requests on oil production.

Do you fear that Russia could exploit this increased U.S. dependence on their energy production?

No, because Russia has budget problems as well and they’ll be happy to be able to sell more oil.

Iran is sitting on a great deal of oil that it is waiting for sanction relief in order to be able to export. Do you think this direction the Biden administration is taking could have an effect on the presently stalled attempts to rejoin the JCPOA?

I wouldn’t put it past the Biden administration to put that into its equation of reasons for its desperate attempts to revive the JCPOA.

What impact will the White House’s instruction for the Federal Trade Commission to scrutinize mergers and acquisitions among energy producers have on domestic industry?

It won’t have an immediate impact. It’s just part and parcel of the administration’s attack on large corporations and what they consider concentrations of economic power. It will have an impact in the long run in the sense that they could find reasons to bring actions that will make it more difficult for U.S. industry to mine, develop and sell new sources of oil and gas.

It is also part of the administration’s longer-term goal to reduce and eventually eliminate fossil fuel production in the United States, and a piece of that thrust is to discourage financial providers, such as large banks, from giving credit to the oil industry. If the Federal Trade Commission is on the industry’s backs, that certainly sends a negative signal to the financial services people not to support new exploration and development.

Do you think the administration’s request from OPEC+ will indeed be effective in driving down prices at the pump and other energy expenses in the U.S.?

I think it will be effective in the immediate future since there will be more supply. OPEC is notorious in recent years for finding it difficult to enforce the kind of discipline on supply that it once used to drive up prices, so I think this invitation from the U.S. will be met with more supply from the Middle East and Russia, which should drive down prices.

Do you think the U.S. energy industry has the means of addressing this supply shortage in a way that would also minimize the environmental risks that the administration is concerned about?

Yes, absolutely. If one observes the performance and statements of oil industry executives, they got the message on the need for them to find environmentally responsible ways to produce oil and gas. Their trade associations are constantly touting new ways to reduce methane emissions and the like. I believe that U.S. oil production would be done in a way that is far more environmentally friendly than the Middle East or Russia.

U.S. industry is capable of meeting domestic needs. In 2018-19, the U.S. became a leading exporter of petroleum and natural gas. American energy producers can do it, and they understand that in order to maintain production, they will have to be more environmentally conscious than they have been in the past, and they are prepared to do that.

What do you think would have been the ideal way to address the fossil fuel supply shortage the administration is trying to deal with?

No one who has looked at forecasts to a non-fossil-fuel economy thinks we can make that transition in less than 20 or 30 years. Letting foreign producers fill in supply while that transition is occurring makes no sense at all.