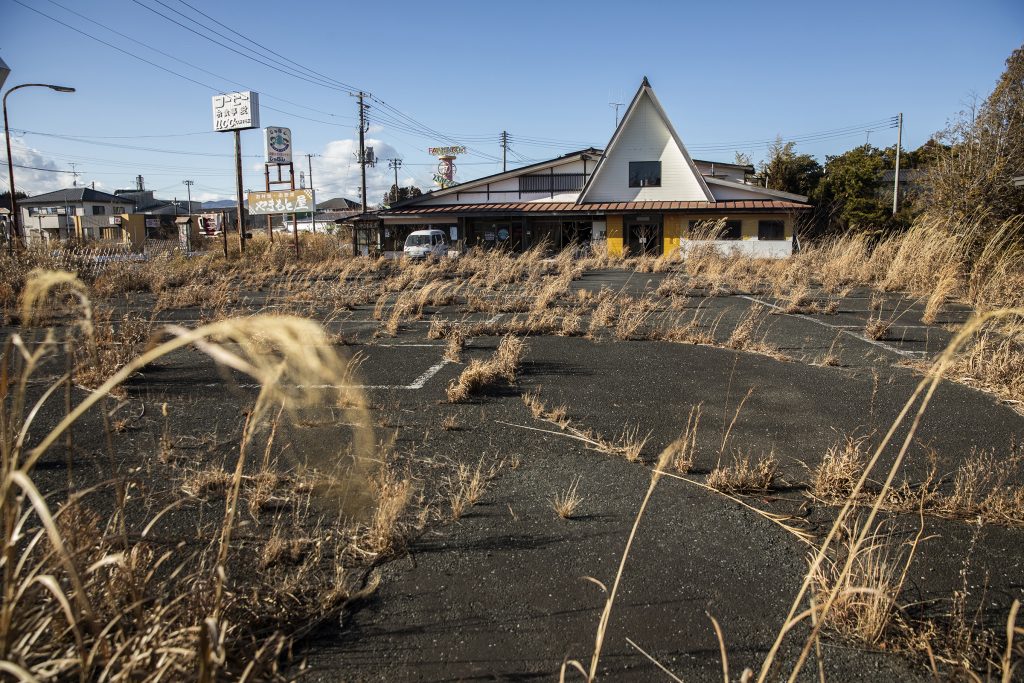 On March 11, 2011, the most powerful earthquake ever recorded in Japan caused a devastating chain of events that led to a triple meltdown at the Fukushima Daiichi Nuclear Reactor. Much of the region, including the town of Namie, was rendered uninhabitable. Japan’s government now says it’s safe to return to this still-shattered town. Is it?

Noboru Honda lost 12 members of his extended family when a tsunami struck the Fukushima prefecture in northern Japan nearly eight years ago. Last year, he was diagnosed with cancer and initially given a few months to live.

Today, he is facing a third sorrow: watching what may be the last gasps of his hometown.

For six years, Namie was deemed unsafe after a multiple-reactor meltdown at the Fukushima Daiichi Nuclear Power Plant following a 2011 earthquake and tsunami.

In March 2017, the government lifted its evacuation order for the center of Namie. But so far, hardly anyone has ventured back.

Its people are scattered and divided. Families are split. The sense of community is coming apart.

“It has been eight years; we were hoping things would be settled now,” the 66-year-old Honda said. “This is the worst time, the most painful period.”

For the people of Namie and other towns near the Fukushima plant, the pain is sharpened by the way the Japanese government is trying to move beyond the tragedy, to use the 2020 Tokyo Olympics as a symbol of hope and recovery, a sign that life can return to normal after a disaster of this magnitude.

Its charm offensive is also tied up with efforts to restart the country’s nuclear-power industry, one of the world’s most extensive networks of atomic power generation.

Six Olympic softball games and a baseball game will be staged in Fukushima, the prefecture’s bustling and radiation-free capital city, and the Olympic torch relay will start from here.

But in Namie, much closer to the ill-fated nuclear plant, that celebration rings hollow, residents say.

This was a close-knit community of farmers, fishermen and potters — of orchards, rice paddies and cattle sandwiched between the mountains and the sea. It was a place where people celebrated and mourned as a community, and families lived together across generations.

That’s all gone. On the main street, a small new shopping arcade has opened. But a short walk away, a barber shop stands abandoned, its empty chairs gathering years of dust. A sign telling customers to make themselves at home is still displayed in a bar, but inside debris litters the floor. A karaoke parlor is boarded up. Wild boars, monkeys and palm civets still roam the streets, residents say.

Just 873 people, or under 5 percent, of an original population of 17,613 have returned. Many are scared — with some obvious justification — that their homes and surroundings are still unsafe. Most of the returnees are elderly. Only six children are enrolled at the gleaming new elementary school. This is not a place for young families.

Four-fifths of Namie’s geographical area is mountain and forest, impossible to decontaminate, still deemed unsafe to return. When it rains, the radioactive cesium in the mountains flows into rivers and underground water sources close to the town.

Greenpeace has been taking thousands of radiation readings for years in the towns around the Fukushima nuclear plant. It says radiation levels in parts of Namie where evacuation orders have been lifted will remain well above international maximum safety recommendations for many decades, raising the risks of leukemia and other cancers to “unjustifiable levels,” especially for children.

In the rural areas around the town, radiation levels are much higher and could remain unsafe for people to live beyond the end of this century, Greenpeace concluded in a 2018 report.

“The scale of the problem is clearly not something the government wants to communicate to the Japanese people, and that’s driving the whole issue of the return of evacuees,” said Shaun Burnie, senior nuclear specialist with Greenpeace. “The idea that an industrial accident closes off an area of Japan, with its limited habitable land, for generations and longer — that would just remind the public why they are right to be opposed to nuclear power.”

Today, Namie’s former residents are scattered across all but one of Japan’s 47 prefectures. Many live in the nearby town of Nihonmatsu, in comfortable but isolating apartment blocks where communal space and interaction are limited. With young people moving away, the elderly, who already feel the loss of Namie most acutely, find themselves even more alone.

“People are losing the purposes of living. The more time that passes, they feel their dignity as human beings is lost,” said Shigeru Sasaki, a former farmer from Namie.

“As a community, we were already suffering from an aging population,” said Katsunobu Sakurai, former mayor of the nearby town of Minamisoma. “Now, the damage is more severe because young people are not returning. The elderly who come back feel pessimism and depression. The biggest tragedy now is the high rate of suicides.”

Kazuhiro Yoshida, the embattled mayor of Namie, said fears about radiation are not the only reason people aren’t returning; many complain the deserted town lacks amenities.

He has managed to get a medical clinic reopened and hopes a supermarket will finally reopen despite the lack of residents. But an elder-care facility remains shuttered because the owner can barely find workers, he said.

But many residents say the central government is being heavy-handed in its attempts to convince people to return, failing to support residents’ efforts to build new communities in places like Nihonmatsu, and then ending compensation payments within a year of evacuation orders being lifted.

“We are upset. Everyone is upset,” said Sasaki, the former farmer.

In other towns around the nuclear plant, people have complained that arbitrarily-decided compensation payouts — more for people deemed to have been in radiation-affected zones, far less for tsunami victims, nothing for people just a mile outside the zone most affected — have divided communities and caused resentment and friction.

The government is building and fortifying sea walls along hundreds of miles of the Pacific coast to prevent another tsunami from wreaking havoc, but some residents say they weren’t consulted and aren’t happy about being shut off from the sea.

“This is a place desperate to attract people to return, but this reduces our attractiveness for young people,” said Riken Komatsu in the fishing port of Onahama, who is working to rebuild a sense of community and raise awareness about problems with the reconstruction effort.

Komatsu says reconstruction has been imposed from above, a problem he says reflects, in a broader sense, what Japan is like.

“We are going through a second sense of loss because this is not the reconstruction we wanted,” he said.

Today, Honda’s home, ruined by the tsunami, has been bulldozed to make way for new houses. But so far none have been built.

“We were driven out of our community, and had it destroyed,” he said. “We asked the town and the prefecture to re-create a community for us, away from home, but we were not listened to.”