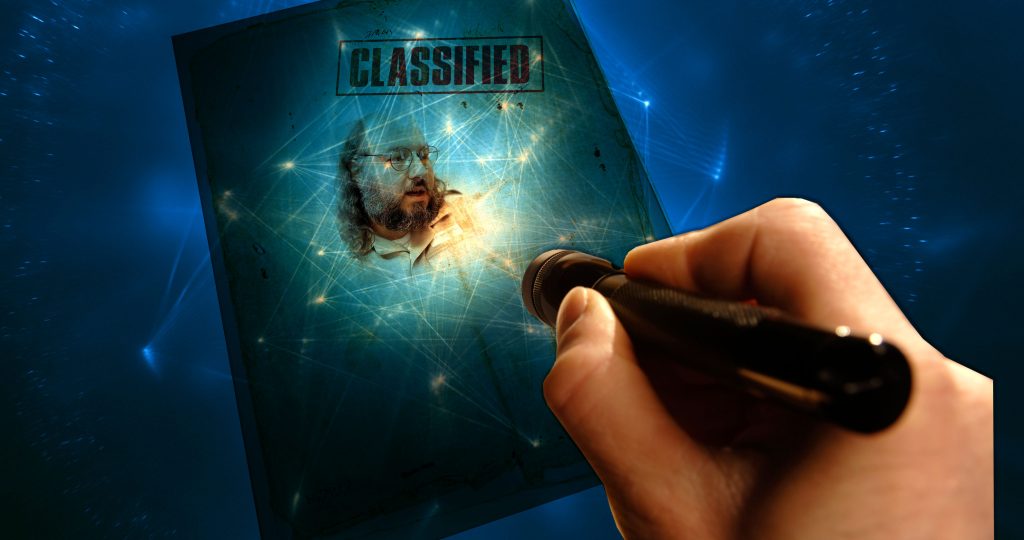 For decades, Jonathan Pollard, the only American ever sentenced to life in prison for passing classified information to an ally — a crime with a median sentence of two to four years — and a small core group of loyal advocates, led by his wife, Mrs. Esther Pollard, fought a double, uphill battle. They sought to reverse what impartial observers have long referred to as a gross miscarriage of justice and obtain his freedom. Simultaneously, they also had to contend with a steady stream of misinformation seeking to distort the record.

Even now, after the draconian parole restrictions were finally lifted, 35 years after he was arrested, detractors seeking to promote their own agendas are still actively spreading false stories about what really happened all those years ago.

In this investigative report based on declassified government documents and exclusive interviews with a source close to Jonathan Pollard, Hamodia implodes old myths. The evidence reveals previously unknown details about the Pollard saga — details that expose a truth so sinister that some parties are still trying to obliterate it.

Two weeks have passed since attorneys for Jonathan Pollard finally received notice that the parole restrictions have been terminated, and his wife, Esther Pollard, received authorization to cut the infamous tracking device from his wrist. Through his lawyers, Jonathan released a statement of gratitude, and his wife wrote a statement of her own, as well as an exclusive, moving op-ed for Hamodia, based on the words of Nishmas.

Neither of them is giving interviews, but a close friend of the Pollards, speaking on condition of anonymity, told Hamodia that Jonathan is deeply hurt by the misinformation campaign that is still being waged against him.

“After 35 years of unspeakable suffering, they still won’t let him live in peace. It is high time, once and for all, to set the record straight.”

Perhaps the most painful and insidious of the slurs that has repeatedly been hurled against him is the claim that Jonathan first offered to sell classified material to South Africa and Pakistan, and only after they turned him down did he begin supplying material to Israel.

According to his detractors, this signifies that he was a paid mercenary, not someone acting out of concern for Israel.

The most compelling proof that refutes this baseless claim is found not in arguments that Pollard or defense attorneys have made, but in court filings by the prosecutors and declassified intelligence agency documents.

One of the many bizarre and painful twists of the Pollard saga is recounted in an affidavit that Alan M. Dershowitz, Professor of Law at Harvard Law School and former attorney for Pollard, gave to the court in 1990. In it, he describes a conversation he had with former Supreme Court Justice Arthur Goldberg, with whom Dershowitz was very close.

After speaking to Goldberg about the Pollard case and sending him some comparative sentencing data, Justice Goldberg promised to make some inquiries on his own regarding the sentence.

“Justice Goldberg told me that Judge Robinson had told him that the Pollard-South African connection had weighed heavily in his (Judge Robinson’s) decision to impose a life sentence. I told Justice Goldberg that I did not believe that Jonathan Pollard had provided Israel with any such satellite information, but that I would check.”

Dershowitz goes on to describe how he immediately called the Pollard attorneys Hamilton Fox and Nathan Dershowitz and told them of his conversation with Justice Goldberg. Fox said he would check with Jonathan Pollard and his earlier attorney, Richard A. Hibey, concerning the truth or falsity of the evidence provided to Judge Robinson.

After being assured by Fox that there was no truth whatsoever in the claim that Jonathan Pollard had provided satellite photographs or information to Israel about South Africa, Jericho missiles or nuclear technology, Dershowitz wrote Justice Goldberg a letter in which he stated, “I have now completed my checks and I am confident that Jonathan Pollard never provided information to Israel regarding American satellite (or other) surveillance of Israeli supplied missiles or weapons in South Africa. Indeed, Pollard was never even accused — formally or informally — of providing any such information to Israel.”

Dershowitz added, “If I am correct that Pollard provided no such information, then it is possible that the prosecution was pandering to Judge Robinson’s hatred of South Africa. As an Afro-American, Judge Robinson could be expected to react strongly to any suggestion that Pollard was part of the Israeli-South African connection. If the government did pander in this racially sensitive manner, it behaved outrageously, especially if the information it provided to Judge Robinson was not true. I would be very interested in your reaction to this matter.”

On January 15, 1990, Dershowitz spoke again with Justice Goldberg on the phone.

“He was quite upset at the content of my letter and promised to get to the bottom of it. He told me that he would phone Attorney General Thornburgh for a meeting to discuss this issue and the sentence. He told me that if my facts were correct, then the Justice Department had improperly ‘pandered’ (that was his precise word) to Judge Robinson’s racial sensitivities as a Black judge by providing him with false, inflammatory, ex parte information,” Dershowitz recalls in his affidavit.

Sadly, only four days later, on January 19, 1990, before he had a chance to act further on this matter, Justice Arthur Goldberg died in his sleep.

ANALYSIS: Why Are They Doing This?

The question that begs for an answer is why there are individuals — mostly in Israel — who are now actively peddling these untruths and unfairly besmirching Pollard’s name.

One supporter says that this is a way of quashing guilt feelings.

“There are some people in Israel who actually had a role in betraying Jonathan over the years, and others who know that they could have — and should have — done much more to fight this travesty of justice. Instead of owning up and asking forgiveness, they are instead trying to make themselves feel and look better by casting aspersions and spreading false rumors,” one supporter who has been active on Jonathan’s behalf for the past decade says.

Another Pollard supporter indicated the attacks are politically motivated.

“This is being spread by leftist elements who have an ‘allergy’ to Jonathan’s religious observance, who are dismayed by his kippah and his beliefs in our G-d-given right to Eretz Yisrael.”