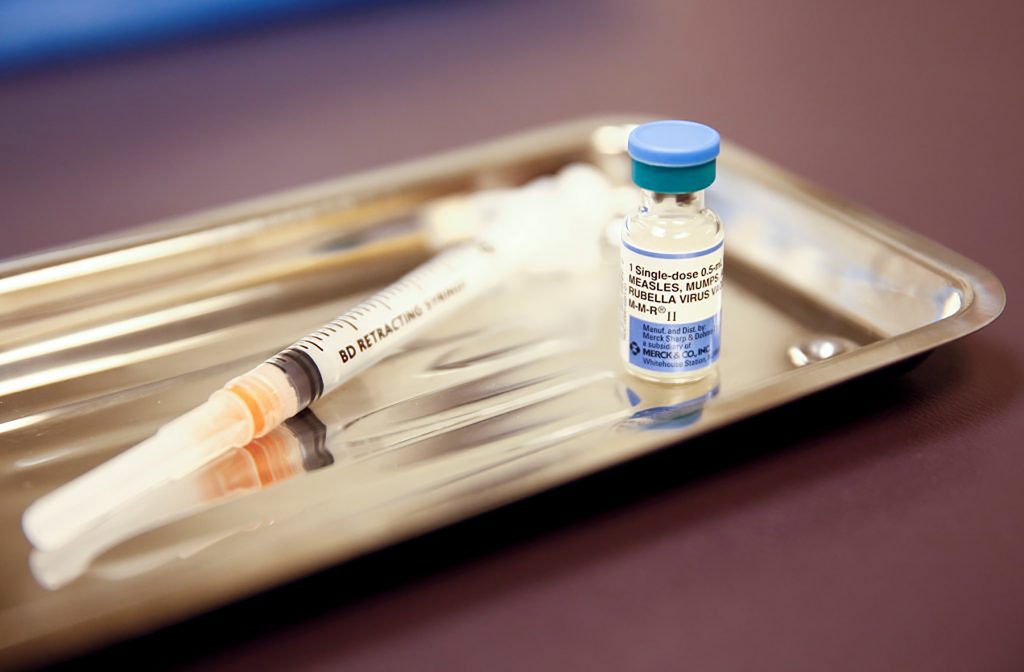 The measles outbreak has placed representatives for Orthodox Jews in America in a particularly awkward spot. As reports of new cases in Williamsburg and Monsey and images of religious Jews at anti-vax rallies fill the media, clarifying to the general public that the community overwhelmingly embraces vaccination and that there is no basis in Judaism for opposing it becomes increasingly challenging.

This discomfort took on an additional dimension with New York State’s recent enactment of legislation that ended religious exemptions for vaccination. Public advocacy organizations and elected officials who represent the community have been nearly universal in their call for parents to vaccinate their children and for schools to be scrupulous in enforcing immunization requirements. Furthermore, many of them have openly criticized reliance on the exemption, not only for its role in facilitating the present outbreak, but for fostering the misconception that anti-vaxers’ personal views on medical science are based on religion.

Yet this has to be seen against the backdrop of growing animosity both at home and abroad to many other religion-based legal carve-outs. These include laws that protect such practices as shechitah and milah in Europe or those that shield faith organizations from claims of hiring discrimination in America. Many fear that letting legislators scrap this exemption could lead to a slippery slope.

Moved by concerns that the present law could have precarious repercussions for faith groups, even some of the most enthusiastic champions of vaccination were not in a cheering mood when both chambers of New York’s legislature voted narrowly to strike the state’s religious exemptions for vaccination from the books.

State Senator Simcha Felder, who as recently as last week hosted temporary clinics to test constituents in his district for immunity to measles, found himself voting “no” on the proposal.

“The fact that in this case an exemption is being abused by a small minority of people doesn’t in any way detract from the danger of having government decide what is or is not religious in nature,” he told Hamodia. “The idea of eliminating a religious exemption when public opinion gets vocal is a very dangerous precedent. Today it’s about measles, but tomorrow it could be about shechitah or any other religious observance dear to all of us.”

Perhaps few scenes could portray this tension better than Assemblyman Simcha Eichenstein’s remarks to chamber before casting his vote to oppose the bill. His words were a far cry from a defense of those who have taken advantage of the legal shelter. They began with statements that all of his own children are vaccinated, and that he was unaware of any Rabbi who feels there is a halachic reason not to be immunized.

“This is obviously a sensitive matter, but we had to stand on principle and make sure that we never reach a place were other protections for religious practice are at risk,” Assemblyman Eichenstein told Hamodia while still on the Assembly floor following the vote. “We hope that by being strong today, we will prevent this from becoming a slippery slope in the future.”

As if explaining his position to colleagues was not complicated enough, the Assemblyman found himself approaching the gallery to calm a small group of Jewish anti-vax protesters whose jeers disrupted the chamber to the extent that it had to be temporarily adjourned. While Assemblyman Eichenstein said that he expressed sympathy with the group’s disappointment, he labeled their public behavior “a chillul Hashem.”

All states require children to be vaccinated against a set of illnesses in order to attend school, while allowing for certain dispensations such as personal beliefs or medical conditions that make vaccination risky. In all but five states, religious beliefs constitute a valid claim for parents to insist that schools accept their children irrespective of their immunization status.

With the exception of a few relatively small Christian groups, there are virtually no major religions that categorically forbid vaccination. Yet with few options available, many who have joined the anti-vax movement categorize their dispensation as “religious.”

As numbers in the present outbreak — mostly concentrated in Orthodox communities in New York — have risen, the call to eliminate the exemption grew, culminating in its passage and swift signing into law last Thursday.

Over the past year, more than one Jewish school found itself on the reverse end of the debate over religious exemptions for vaccines. In November of last year, a set of parents sued Yeshivas Oholei Torah in Crown Heights for its refusal to honor their children’s religious exemption.

Ironically, earlier this month, the Shulamith School for Girls in Cedarhurst sued the state Education Department in federal court for forcing it to honor a family’s religious exemption for their daughters.

The school’s attorney, Philip Kalban, told Hamodia previously that the exemption had become a “cottage industry for anti-vaxxers” and that the suit was an attempt to give schools more latitude to strengthen their standards of admission. Once an outbreak is formally declared, health officials typically order schools to exclude all non-vaccinated students, but before that time, they insist that exemptions be honored.

Shulamith’s suit also attacked the concept of the dispensation as being based on religion, pointing to the fact that the vast majority of halachic authorities mandate vaccination and claiming that as such, it should be allowed to require vaccination without exception.

Over the course of the outbreak, one official affiliated with a large network of yeshivos and schools in the state told Hamodia that his community’s leadership welcomed attempts to do away with the exemption as it would allow institutions to protect themselves against health crises and legal claims from parents who oppose vaccination.

Professor Michael A. Helfand of Pepperdine University’s School of Law, a recognized expert on religious liberty, said that while strong bulwarks to protect the practices of faith groups are essential, specific exemptions, such as the one struck down in New York are often contentious.

“When legislators draft individualized carve-outs sometimes they do a good job and sometimes they don’t,” he told Hamodia. “The best way to deal with these situations on the state level is to have a clear clause in the state’s constitution that protects religious liberty and then to leave its application to the judiciary.”

The present reaction against New York’s former exemption, Professor Helfand said, was largely rooted in the carve-out’s designers having failed to account for a way to deal with exceptional circumstances, in this case, an outbreak.

“The lesson from this is that in order for religious liberty to function well in a democratic society, there has to be a way for government to say that, while it gives religious liberty supreme importance, when we have an extreme circumstance, it might have to take a back seat,” he said. “That does not mean that the Jewish community will always get results it likes, but ultimately it is the only way to protect religious liberties, or else others will take the lesson that these accommodations are dangerous and try to do away with them.”

Agudath Israel of America is one of several communal organizations that has actively encouraged vaccination and publically condemned provocative rhetoric from some in the anti-vax camp. It went as far, last month, as organizing free vaccination clinics in Williamsburg, Flatbush and Borough Park to help curb the virus’ spread. Yet it shared concerns of the government empowering itself to mandate an action over the religious convictions of an individual — even an action that the vast majority of frum Jews have no issue with.

“In a certain sense, this is not a totally new idea. The state always had the power to suspend certain religious exemptions when it perceived a public health crisis, and there is legal precedent for permanently removing it, so I would like to say that this will not lower the bar if policy discussions come up about other religious accommodations that have nothing to do with public health,” Avrohom Weinstock, Agudah’s chief of staff and associate director of Education Affairs, told Hamodia. “At the same time, our job is not just to deal with the immediate, but to think down the road about our ability to function as Orthodox Jews in America. We would have preferred the state to have taken other, arguably more impactful, legislative steps available to fight the disease that would not raise this conundrum and put New York among the handful of states that do not recognize a religious exemption.”