To Grow an Olive Branch 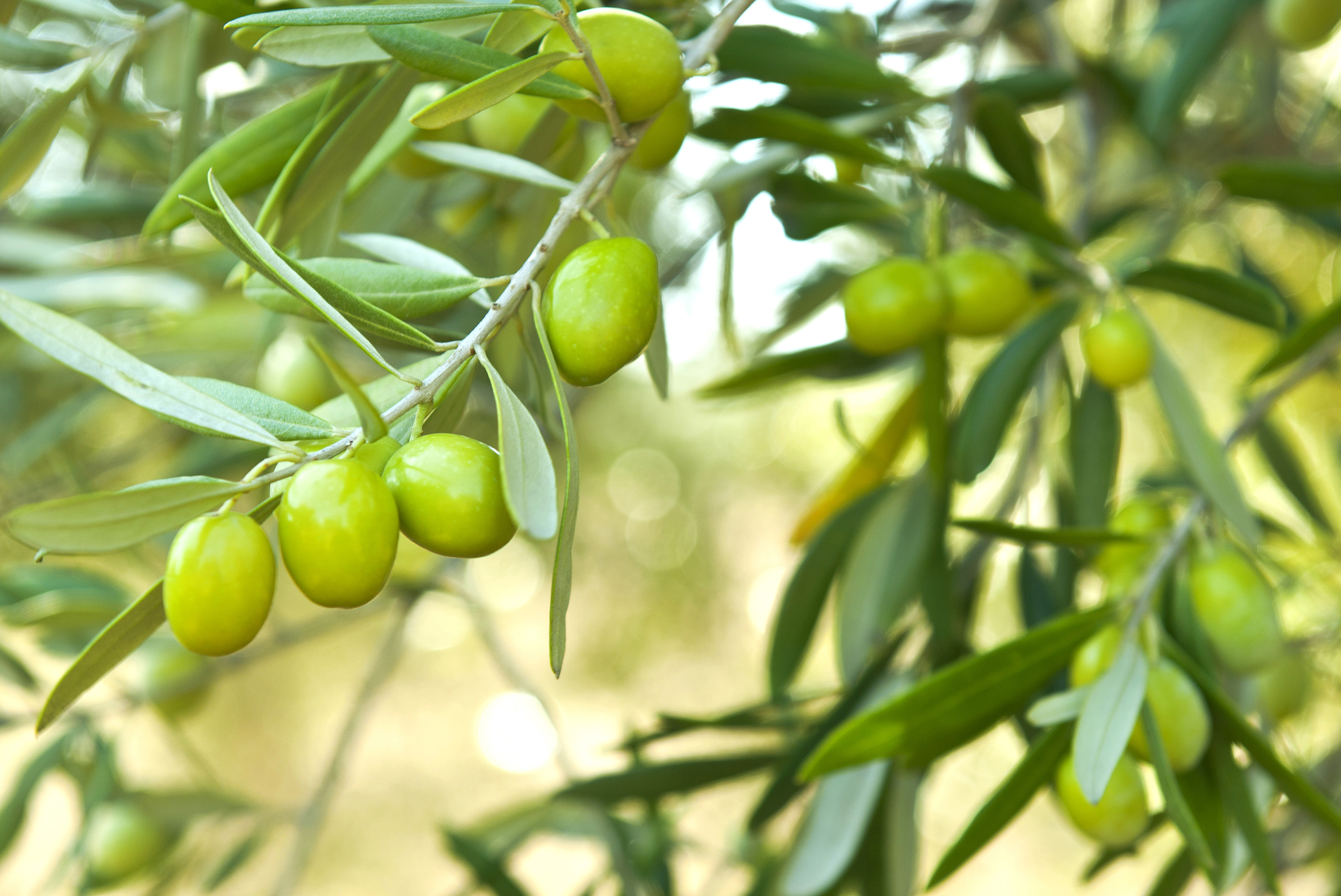 We have been growing olive trees for hundreds of years. And we’re still doing it. The Al Badawi tree in the village of Al Walaja, Beit Lechem, is between 4,000 and 5,000 years old according to tree ring analysis. Israeli olive growers today cultivate about 330,000 dunams (81,000 acres) of olive orchards and produce between 15,000 and 16,000 tons of extra-virgin olive oil (EVOO) every year.

Hamodia spoke to two olive-tree farmers in Israel, who shine a light on the practice of our forefathers.

From the Tree to the Table

David Malka in Moshav Gefen has been growing olives since 1981 when the Ministry of Agriculture advised that he invest in 12 dunams (three acres) of Manzanilla olive trees. The familiar, crispy, slightly almondy-flavored olive, which originated in Spain, is the perfect table olive. Next time you eat a pimiento-stuffed olive, think Manzanilla.

For Malka, farming wasn’t exactly a tradition passed from father to son. In 1956, the family immigrated to Israel from Morocco. “Moroccan Jews had always been involved in commerce, not farming. When we arrived in Israel, we were given a plot of land, a flock of sheep, vegetable seeds and some advice from the Sochnut (the Jewish Agency). And then we became farmers,” says Malka, who was 10 years old at the time. “It wasn’t easy. There were few roads, so, despite our age, we worked with our parents to clear the rocks and pave the roads. Twice a week, a truck arrived to distribute bread — half a loaf per person,” recalls Malka.

After serving in a combat unit in the army, in 1965, Malka married and settled on Moshav Geffen, where he and his wife went on to raise four children. The moshav was named after the verse in Tehillim 80:15: “Hashem, look down from Heaven and see; watch over this grapevine.” Seven years after planting his olive grove, in 1988, Malka added 30 dunams on which, depending on the year, he cultivates either vegetables, such as peppers, or flowers. But when the Shemittah year arrives, Malka rests with his land.

“I have merited to keep Shemittah seven times,” he says. Humble, he doesn’t tell me that he also oversees all farmers in the Yerushalayim area who keep Shemittah. That comes out only when he mentions that he has family in Beit Shemesh and I realize that his son’s family are neighbors across the street from me. In a follow-up conversation with his daughter-in-law, she tells me.

A Tin of Olives

“From the time the olives bud around Pesach, until harvest time around Sukkos, we need to spray the trees at least six times to make sure that the fruit won’t become infested. Worm-ridden olives are a lost crop because, obviously, no factory will pickle wormy olives,” says Malka. Flies, moths, scale insects, mites and even bacteria are just as eager as we are to harvest the health benefits of olive oil, and olive farmers need to be super-alert. Recently, in 2013, the bacterium Xylella fastidiosa, thought to originate in the Americas, emerged in Puglia in southern Italy. The bacteria invade and multiply within the plants’ xylem vessels (which transport water and nutrients) and so prevent nourishment from reaching the shoots and leaves. The result was up to a million withered and desiccated trees.

During the months of October and November, right after the first rains have watered the land, Malka prepares to pick his olives. Traditionally, olives were usually harvested immediately after the first rain, but today the situation has changed, and the start of the olive harvest is dictated by the results of laboratory tests. Since Malka’s olives are table olives, they must be hand-picked to avoid the bruising caused by industrialized picking. Labor comes from nearby villages.

But the proximity leads to other problems. “Arab villagers sometimes come in the night to steal what would have been a bumper harvest,” says Malka. Unfortunately, there’s no chance of recovering the loss.

After harvesting, the crop is sent to Moshav Bnei Darom, near Ashdod, for processing.

From Olives to Oil

Nachal Grar is a wadi in Israel, in the Negev desert. To the northwest lies Netivot and Gaza. To the east, Rahat, a large Bedouin town. On the edge of the wadi lies Buki Adiri’s olive farm, Nama, an acronym for the initials of his four children: Naama, Omer, Michal and Efrat. “Yitzchak Avinu lived in this area when he had to leave his home because of the famine,” Adiri says, referring to Bereishis 26:1.

In 1920, Adiri’s father arrived in Israel from Poland, where his family had worked in textiles. His mother arrived in 1938 from Belorussia. Farming was a new venture for the young couple. Adiri’s father raised cattle and grew barley on a farm in the north of Israel near Ramat Ishai. The Arab revolt from 1936 to 1939, in which Arabs demanded independence and the end of Jewish immigration as the League of Nations had authorized in 1922, put an end to the family farm. The family relocated to Tel Aviv. Of the four children, only Buki held on to the dream to work the holy land. This dream remained a dream for many years.

“The Six Day War in 1967 was a turning point for many Jews,” Adiri says. Egyptian President Nasser called for “the extermination of Zionist existence” and Syrian Defense Minister Assad prepared for a “battle of annihilation.” Adiri, a former combat soldier, was recalled into the army. “I was 28 years old and it seemed likely that I would be coming back from the front in a coffin,” he says. “When Israel emerged victorious, it was clear that our existence flies in the face of logic and that Hashem is our leader.” This clarity, however, didn’t immediately change Adiri’s lifestyle.

After the Six Day War, Adiri spent a few years on Moshav Maslul, in the Negev. And then, in 1976, he was granted a 2,700-dunam (660 acres) farm on the edge of Wadi Grar. Two years into raising cattle, Adiri planted 1,000 Nabali (aka Baladi) trees. The name of this variety, the indigenous olive tree of Israel, comes from the city of Nablus (Shechem).

More than 30 years after the Six Day War, the spark that had been lit within Adiri was fanned into a fire at an Arachim seminar.

A Bottle of Oil

“The olive groves aren’t economically viable, but olives are part of our heritage and our land, so I am drawn to them,” he says. “Although we can’t compete with the price of cheaper olive oils that come from Greece and Spain, the quality of our oil is higher,” says Adiri. Nabali olives are known for yielding a fruity oil with a lingering peppery finish.

The olives are harvested with the help of volunteers from HaShomer HaChadash, a grassroots organization established in 2007 to help farmers and ranchers in the Negev and the Galilee. Most of the olives are sent for processing to Moshav Yoshivia near Netivot. Adiri is able to give the maaser taken from the olive oil to Rabbi Pinchas Hacohen from Netivot, who uses it for Chanukah.

Archaeologists have uncovered ancient sites of olive oil production in Israel. Ehud Galili, a senior researcher at the University of Haifa’s Zinman Institute of Archaeology, has found thousands of olive pits and even olive pulp dating back as far as a few thousand years. Traditionally, the olives were crushed in a stone basin until they became a paste. The paste was placed in reed baskets and weighed down with a stone, causing a liquid to slowly seep out. This was mixed with hot water until the oil floated to the surface, where it could easily be collected.

Olive oil is affected by many factors: the type of the tree, the climate and the region. It can even differ from one side of the mountain to the other because the southern side of the mountain is normally exposed to more sunlight and winds than the northern side. The level of ripeness of the olives and the time from harvesting to crushing are also factors that affect the flavor.

“Ideally, the olives should be crushed within a few days of being harvested. This yields a better quality oil because there is less acidity in the oil,” says Adiri. Top-grade EVOO, from the first gentle pressing, is not refined or processed and is the least acidic olive oil.

Adiri leaves us with a simple test to gauge the acidity of the olive oil in our pantries: “Wait for the cold weather and then place your bottle of oil on the floor for the night. The whiter and thicker it becomes, the less acidity it has,” he says. “And don’t forget to store your olive oil in a dark bottle to prevent it from oxidizing.”

The darker the olive, the riper it was when it was plucked from the tree. Green olives are usually picked at the start of the harvest season. They have a firm texture and lovely, nutty flavor. Black olives are picked two or even three months later. They are softer, richer and meatier.

Unlike wine, olive oil does not get better with age. Most olive oils peak at about two or three months after pressing. To benefit from the full flav­or and nutrient value of your pure oil, always consume it within a year of pressing.