Prime Finding the Proper Place for Every Jewish Child 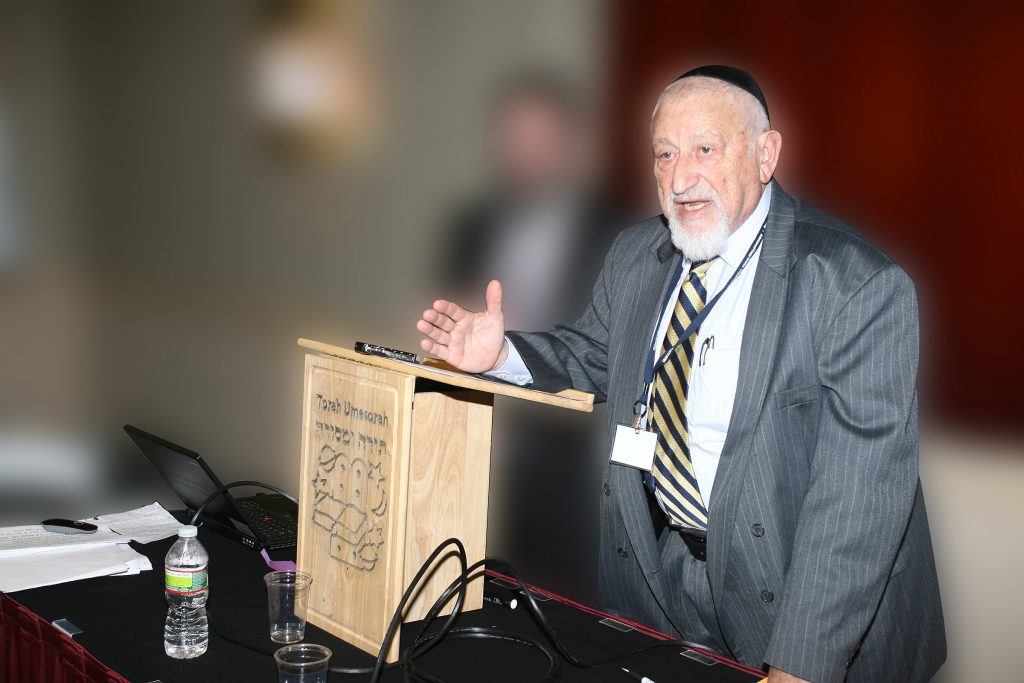 Rabi Preida had a talmid whom he would teach 400 times until he learned [the lesson]. One day, Rabi Preida was needed for a mitzvah. He taught the talmid, but the talmid was unable to learn. He asked him, “What is different about today? [Why can’t you learn today?]” [The student] replied, “From the moment when the Rebbi said he was needed for a mitzvah, my mind was distracted, since I was thinking, ‘Now the Rebbi is leaving.’ Rebi Preida told him, “Concentrate now, and I will teach it again.” He taught it another 400 times (Eruvin, 52b).

“My motto is, ‘You must teach to the student’s strengths, and not to his weaknesses,’” declares Rabbi Dr. Joel (Yosef Shimon) Rosenshein, a noted psychologist who works extensively to help children who are not succeeding in school. “If a student does not learn, it’s the responsibility of the teacher to find a way to help the student learn. If we would follow this approach and realize that it is our responsibility to supply a Torah education to each and every Jewish child in this manner, then we would be able to find a place in the classroom for every Jewish child.”

Dr. Rosenshein’s multifaceted career includes serving as director of evaluation and placement for the New York City Board of Education, founder of Ptach, executive director of Mishkan, and servicing patients in his private psychology practice in Brooklyn. For over half a century, Dr. Rosenshein has used his experience and talents to help parents and students in their pursuit of success in school, including those who reach out for his assistance when they have difficulty placing their children in yeshivos and Bais Yaakovs.

Dr. Rosenshein begins by stating that in his experience, more often than not the problem of a child who is not in school is usually specific to the child. “In some cases, it is because of what the parents are doing or not doing. Sometimes it is the result of learning or emotional problems which have not or are not being addressed. But if there is a sincere effort on the part of the family to make progress, chances are that we can get the child enrolled in a school where they can achieve success.”

“When children are not in school, either because they have been asked to leave or if they were not accepted,” says Dr. Rosenshein, “the first thing we have to determine is why they are out of school. If it is the result of learning difficulties, the school has every right, and indeed a responsibility, to insist on an evaluation. Today, a family can receive an eval through the Board of Education without cost. Although it may not be perfect, it nevertheless gives us a starting point with which to work. If the parents refuse to go through with the eval, they alone are to blame for the ramifications.”

There are times when the actions of the parents can affect the acceptance of a child. “A parent must abide by the regulations of the school. If you have objections to them, then do not choose this school for your child,” advises Dr. Rosenshein. “Whether it is a rule about the activities of the students or some dos and don’ts for the parents, a family cannot expect the school to amend their policy to the wants of an applicant. When a parent calls me up about a school which won’t accept their child due to non-compliance with their guidelines, I suggest they look for another school.”

The fault does not necessarily lie with the parents, Dr. Rosenshein explains. “In those situations, I feel it is the responsibility of the school to undertake whatever is needed to help the child succeed. I had a situation where a family had three daughters in one elementary school. The two older girls were model students, and they were easily accepted into the high school. The youngest sister had some learning issues and the school did not want to accept her. I was personally involved and I emphatically told the principal that it was his achrayus, his responsibility, not only to accept this child, but to provide what she needs in order to succeed,” Dr. Rosenshein relates with pride. “This family was loyal to the school and once [the school] accepted the child, [it] must work with [the family] in order to help them with the child who has challenges.”

“What methods do you employ when you speak with a school about accepting a student whom they are disinclined to accept?” I ask.

“First, I am a strong believer of meeting face to face with the principal,” Dr. Rosenshein reveals. “Certain things are best done in person and not over the phone. It gives both parties an opportunity to connect, and there is a better chance of working things out. Second, I believe that all agreements should be written down in an educational contract. This should include the responsibilities of the parents, of the student, and what will happen if there is any sort of breach. By clarifying this, it not only crystallizes the understanding which was reached, but also reinforces the solemnity of the agreement for all parties involved.

“Nevertheless, there are still a number of children who are not in school, and it is the responsibility of Klal Yisrael to see to it that there is a place for them in the classroom. When I was director of evaluation and placement for the New York City Board of Education, I insisted, together with Dr. Helen Feulner, the executive director of special education at the New York City Board of Education, that if we felt a child should be placed in a certain class, they would be placed there. The chancellor backed us on this despite the protests of several supervisors. Sure, there are people who would like to take it easy and not have to deal with the more difficult cases. But we cannot deny these Jewish children their right to learn Torah. Unfortunately, there is no authoritative body which can order this in our circles, to the detriment of these children who so desperately need it.”

When asked if these children who are having difficulty should be taught in a classroom setting, Dr. Rosenshein tells of how he rose to the challenge of those who opposed him at the Board of Education. “We gathered the hardest cases, those whom no one wanted, and we arranged classes for them with a hand-picked group of educators. In time, utilizing the talents of these dedicated teachers, the students outperformed those in the regular special-ed classes. As I said, ‘If a student is not learning, it is the fault of the teacher, not the student.’ If we devote the effort and resources needed, even these challenging students can see success.”

In many cases, laments Dr. Rosenshein, a child is labeled early on as a poor student when in reality he should be considered average. “I wrote an article which was printed in the Jewish Observer (September 1980), ‘The Unexceptional Failure,’ in which I explained that a child with an IQ of 90 through 110 is considered well within the national average. Yet many of the students in the yeshivos have an IQ of 110 through 130, which is above the national average. Now, if we gear the lessons in our classrooms to the top-tier student with the above-average IQ, the average IQ student seems to be weak in comparison. This leaves a lot of children who have the ability to learn quite well at a tremendous disadvantage.”

What is the solution for this? Is it to lower the level of instruction and ignore the intellectual prowess of the talmidim with the ability to learn more?

In what may be surprising to some, Dr. Rosenshein maintains that the gifted students, too, require individualized instruction. “Truth be told, the above-average-IQ child is ‘special ed’ indeed. They require specialized programs to stimulate their minds and challenge them to learn at a higher level. However, this cannot be done at the expense of the average talmid. There must be a place in the classroom for those talmidim, who may actually be quite numerous, who have average intelligence, and have a need and a right to be educated on their level. The gifted students should be offered enrichment to satisfy their needs, just like weaker students must receive remedial help. And the average student should receive instruction on the level in which they can flourish.”

The misconception that the average-IQ talmid is weak and incapable of keeping up with the rigorous mental agility needed to succeed in high school often leads schools to shunt aside the average student. “The parent of an average-IQ student should not seek to place his child in a setting which is above his ability. Find a school which gears the lessons to the level of your child. It is far more advantageous for the academic and emotional development of your children that they be positioned at the head or middle of their class than to be at the lower end.”

One of Dr. Rosenshein’s pet projects is to bring an awareness of students’ emotional and psychological needs to the attention of principals and teachers in the yeshivah, Bais Yaakov and Jewish day school systems. “My motivation in sitting on the National Conference of Yeshiva Principals is to educate principals of the need to pay attention to the mental-health needs of their students. In addition, I established the Dr. Joel Rosenshein Mental Health Award, which is presented to a noted educator by the annual Torah Umesorah Convention to shine a light on devoted Torah education professionals who have implemented programs and improvements in meeting the mental-health needs of their student body.

“If we concentrate on teaching the students on their own level, tailor arrangements for those students who require individualized programs, and tend to the mental-health needs of every student, I am confident we can find a place for every Yiddishe neshamah. It requires the ingenuity and the resolve to get it done. If we view each child as a part of Klal Yisrael, then we must see to it that the child is supplied with the ability to learn Torah and function as part of the klal.”