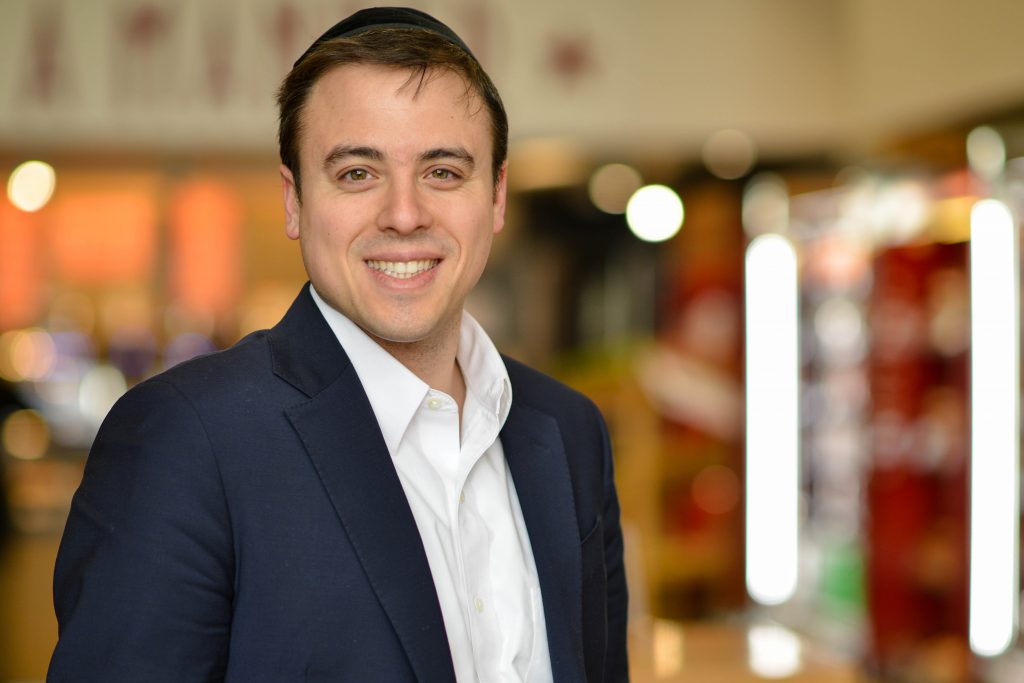 Dr. Tzvi Pirutinsky is a psychologist and professor at Touro College Graduate School of Social Work. As a frum professional in the field, he is particularly interested in the intersection between religion and mental health, an interest which found fertile ground during the crisis of 2020.

With the outbreak of COVID-19, Dr. Pirutinsky and his colleagues — Dr. Aaron D. Cherniak of Stockholm University in Sweden and Mayenei HaYeshua Medical Center in Bnei Brak, Israel; and Dr. David H. Rosmarin of Harvard Medical School in Boston — sought to determine whether faith was a meaningful tool in helping people overcome the many challenges brought on by this pandemic.

Hamodia spoke with Dr. Pirutinsky to hear about his research and its outcome, which was published in the Journal of Religion and Health this July.

Before digging into the content of your work, can you tell us a bit about the motivation behind the research?

The world came to a screeching halt this year. On a professional level I’ve been doing research on religion and mental health for over 10 years, so it was only natural that I would pursue this topic during COVID-19.

One thing we were interested in from the start is the context of crisis. We wanted to look at what factors would lead to better or worse outcomes.

OK, let’s talk about the study.

This was an observational study, and in the early weeks of the pandemic, starting a week or two before Pesach, we tried to gather as large a sample as we could of American Jews. We did this through all sorts of media, such as posting on community websites, sending out emails, connecting with shuls and other organizations.

We wanted to gather information about the participants ranging from their exposure to COVID-19, their health and mental health (stress, trauma, depression) to their lifestyle behaviors and coping mechanisms (this included religious factors as well as general factors).

What kinds of questions are included in the coping mechanisms?

That section asks participants to rate how frequently they have been turning to the following options to help cope, ranging from positive to negative.

Seeking emotional support from others

Getting help and advice

Trying to think about things in a positive light

It’s a standard coping scale, and we were asking people how much or how little they did all of these.

How large was the sample?

If you’re talking about frum people, we had over a thousand and the full sample included over 1,800. Most respondents were in the tri-state area, but we did get some responses from other communities, and a few international participants such as English-speaking Israelis, and from England and France.

We were happy to see a nice balance of genders in the responses, as well as a nice balance of Orthodox Jews. Of the frum participants, 46% would be classified as yeshivah Orthodox, 37% as Modern Orthodox, and the rest were a mix of Chassidish, Chabad, and Sephardic, which is pretty typical for an online survey of the frum community.

Alright. Ready to hear the results.

There were a host of results, and so many ways to slice it and look at it differently. Overall, the community seemed to be coping well with lower than expected levels of stress and mental health symptoms.

Let’s start with this: What surprised you the most from the results?

I wasn’t too surprised by the religious angle. Having done this research for so many years, it’s quite clear for the majority of frum people… People who reported higher levels of emunah and bitachon, turning to learning, turning to mitzvos and chessed, had much better mental health outcomes. It’s empirically true and unsurprising.

What I found most striking was that so many respondents endorsed using positive methods of coping such as accepting reality, looking for something good in the pandemic, taking action, and finding comfort in religious beliefs and prayer — all of which correlated with less impact and better mental health.

This is particularly remarkable, considering that so many Orthodox religious practices center around communal involvement — from praying with a minyan to learning Talmud with a regular study partner, all of which was suspended. While COVID-19 may have impacted the ability to connect with one another in shul, for most survey respondents, it has not taken away the sense of connection with G-d.

Here’s another interesting outcome. Higher levels of emunah and bitachon correlated with less negative impact on study participants’ sleep, diet, family life, emotional experience, and ability to enjoy life. Not only was their mental health better, but the overall impact of COVID-19 on their lives was less severe.

Is it possible that frum people feel a need to respond more positively than they feel because they intellectually know emunah and bitachon are supposed to guide them through difficulties like these?

There is always that risk when measuring sensitive domains, but we do a number of things to mitigate that possibility. The surveys were conducted completely anonymously, online, with no face to face contact, no personal details, no phone conversations, and no identifying information. Research shows that this format makes it much less likely to elicit socially appropriate responses.

The other thing we did to prevent that outcome was mask our hypothesis. From reading the survey questions, it wasn’t easy to identify what we were looking for. Because there were so many questions, and because the religious questions were sprinkled throughout, it wasn’t obvious what we wanted to know.

Back to the surprises. What else were you interested to learn from the responses?

Another interesting finding was that the more people reported talking about the situation in emotional terms, the higher their reported levels of trauma and anxiety. It’s a correlation so it could be that they are talking about their situation more because they are feeling it more. Nevertheless, tools that seemed to help people through the difficulty were more practically focused rather than emotionally focused. For example, problem solving, increasing positive activities, and accepting the reality that had occurred… Getting emotional support from others, asking for help and advice, emotional tools like those, were correlated with more distress.

I wouldn’t interpret too much from this, but there is some research that suggests too much focus on feelings can take you off track. There are a lot of caveats to insert here, and of course in many situations it is highly effective to seek support and advice.

Can we apply that more generally? Does focus on discussing a challenge or difficulty rather than finding practical paths forward result in less success for people?

I wouldn’t go that far. There is evidence that if you are too emotionally focused, for example, often thinking, “Why do I feel this way?” or “How come today I’m anxious?”, that kind of ruminative thought process tends to correlate with higher depression and anxiety. (Again, correlation not causation.)

There is definitely something to be said for accepting your emotions, recognizing them as normal responses, having them flow through you, and then turning to the actual circumstance and finding a practical path forward. There are forms of therapy that work from that school of thought, like Acceptance and Commitment Therapy (ACT).

I do want to add one caveat to the study results and this discussion. The overall results from the frum community show that it coped spectacularly. (I expected higher rates of anxiety and depression, but people really bounced and rolled with it.) A lot of that relates to the factors we discussed earlier. However, there were some individuals who truly suffered. This data reflects an overall average experience, but some people experienced profound loss.

Working with patients, I’ve seen people who have experienced so much personal difficulty. You can always find people who will say COVID-19 is nothing, no big deal, but just next door there can be a neighbor who lost a parent, a single mother stuck at home with her kids on her own, or a 20-something who cannot return to yeshivah.

So it’s important to realize that while my research shows that we are coping well as a community, that doesn’t mean everyone is fine. There are individuals who have suffered tremendous loss and are experiencing significant trauma and emotional difficulty as a result of the pandemic. We can all look at the factors reported to help people cope and try to adopt them in our own lives. At the same time, we should be aware that some people are having a tough time and reach out and extend ourselves (in a safe and socially distant way) to those friends, neighbors and relatives who are experiencing loss as well as heightened anxiety and depression as a result of the pandemic.