Prime End It With a Bang! 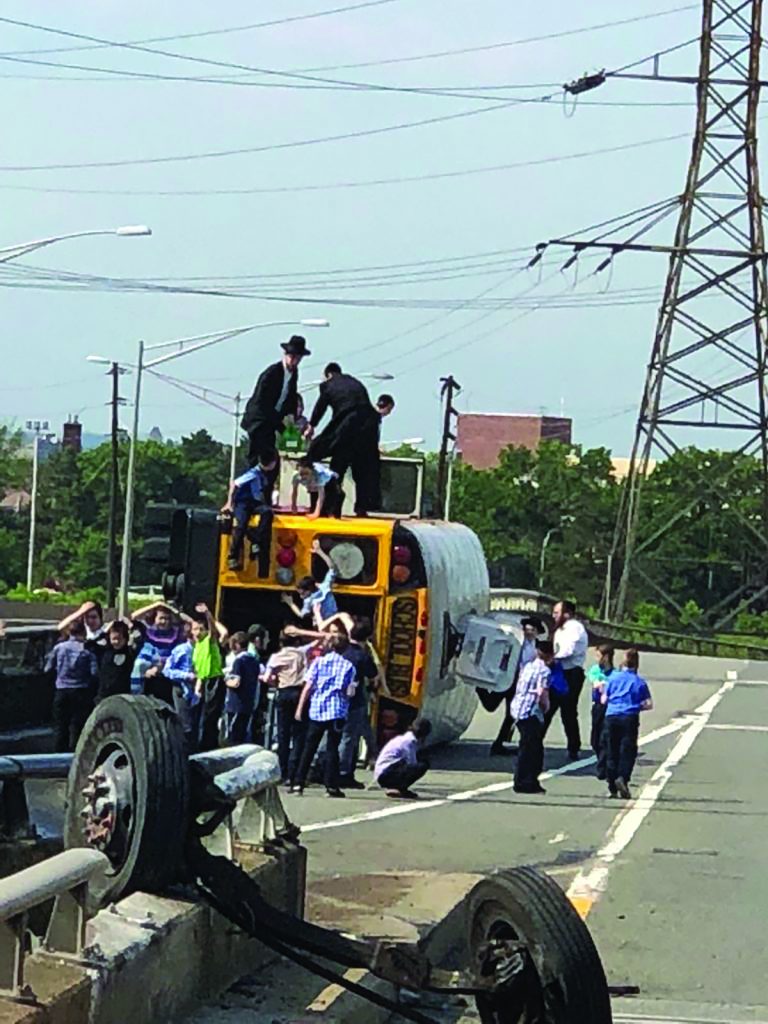 As we gathered recently in our batei kneisios and batei medrash at Zman Mattan Torahseinu, the krias haTorah had a profound impact. The maamad Har Sinai of the day will surely be remembered by many for quite a while.

That, of course, is exactly as it should be. The Ramban (Devarim 4:9) tells us that the reason the Torah was given with kolos uv’rakim, with such pomp and pageantry — which included thunderous noise and flashing lightning — was to create a momentous occasion which would be remembered for generations to come. The wondrous spectacle affected the Jewish nation profoundly, and it would remain ingrained in their hearts and minds for eternity.

A big event makes a strong impression. Almost two years ago, our yeshivah experienced a miraculous salvation. On 24 Sivan 5778/June 7, 2018, a bus carrying 56 young boys turned on its side as it was entering the on-ramp to the Goethals Bridge. With siyatta diShmaya, the passengers escaped with minimal scrapes and bruises. It was truly a nes; our sixth-grade talmidim emerged virtually unharmed from what could have been a catastrophic accident.

Although the incident occurred a while back, it is still current in the minds of these boys. You can stop any one of them and ask them about their experience, and they can vividly recall exactly what they encountered. They will emotionally describe how they felt when they were tossed on their side, who fell on them, which Rebbi helped them exit the overturned vehicle, and how they made it home safely.

Our cheder celebrated the chessed of Hashem with a seudas hodaah as we gave thanks to the Ribbono shel Olam for watching over the precious cargo and delivering them safely back into their parents’ outstretched arms. The sense of gratitude was overwhelming, and it is indelibly inscribed in their psyche.

As these children face the current crisis, some expressed concern as to how they would be able to attain the same sense of gratitude they had in the past and apply it to the current situation. How will we be able to properly recount our thankfulness to the Eibershter for helping us through this predicament?

For more than two months, the world has heard kol Hashem bakoach, the mighty power of Hashem as He silenced the brilliant minds and haughty souls of the scientific and political world. The upheaval that we have lived through showed everyone who was brave enough to admit the truth that they, paltry human beings, were powerless against the will of the Al-mghty.

As the coronavirus begins to wane and the world emerges from its cocoon, we are in a position to mold the eternal lesson that our children will take away from this episode, so that when they retell it to their own children and einiklach, it will resonate clearly and powerfully.

It behooves us to discuss with our offspring the emotions of the heartfelt tefillos we poured out as we beseeched the Heavens for mercy, and the feelings of nosei be’ol as we shared the plight of our brethren, and the chessed we employed as we shared with those less fortunate.

Review with them the lessons of emunah and bitachon which we learned during these times. At the onset of this nisayon, the Mashgiach, Harav Moshe Wolfson, shlita, spoke about the difference between emunah and bitachon: emunah, belief in the Ribbono shel Olam, is a legacy we have as an inheritance from our patriarch Avraham Avinu, while bitachon, living in line with this belief, is a lifelong avodah.

Hashem delivered an opportunity of a long-lasting teachable moment. Let us shape the message our children will take with them, and end it with a bang!