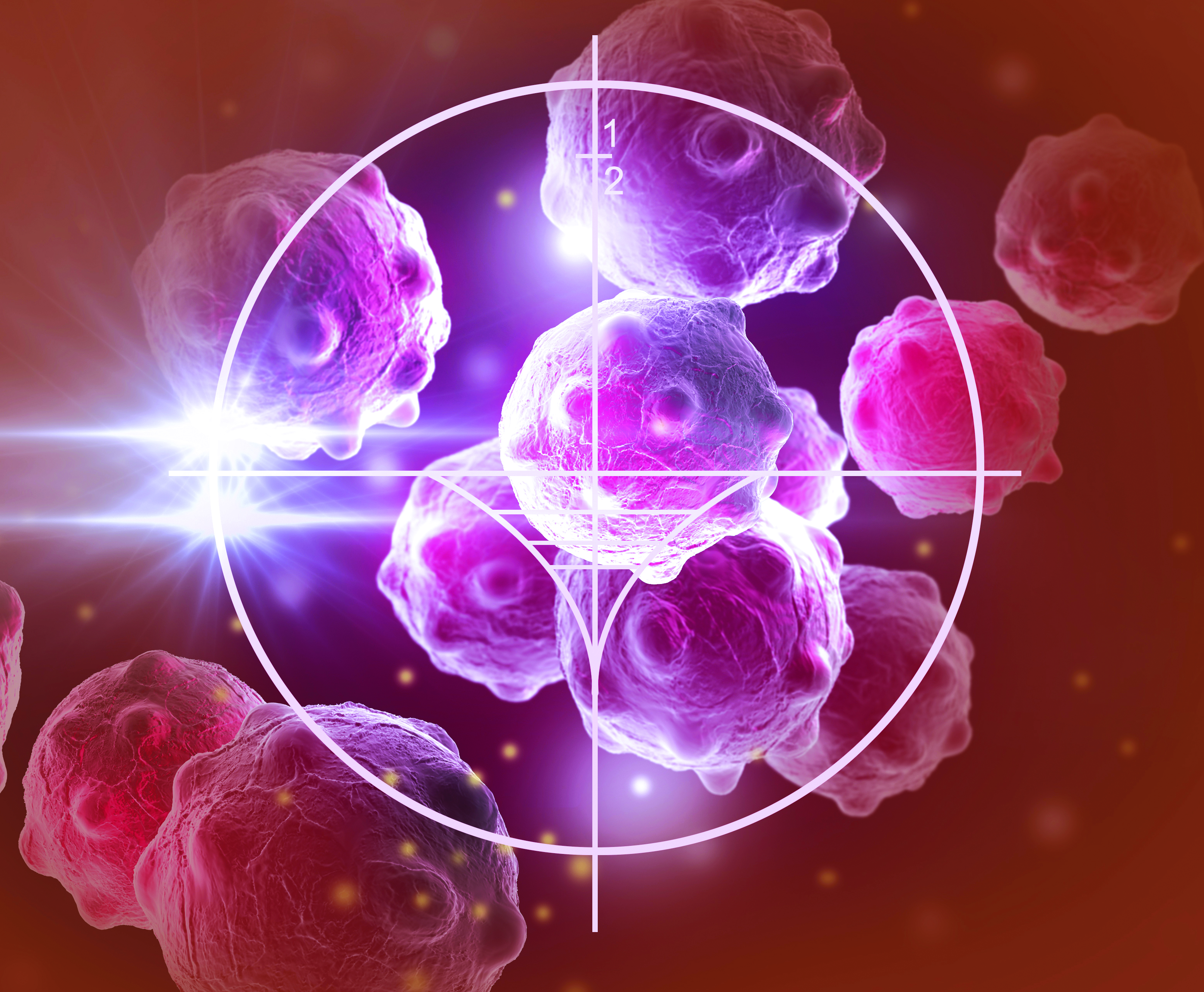 After completing his doctoral studies at the Weizmann Institute of science in Israel, Dr. Yuval Tabach spent five years at the Harvard Medical School and Massachusetts General Hospital doing postdoctoral work and in a position as assistant. In 2014, he joined the Hebrew University Faculty of Medicine as a senior lecturer. He is developing diagnostic tools in cancer research to reveal cancer-protecting mechanisms and identify disease genes. Dr. Tabach has been awarded numerous international and national prizes. He recently spoke with Hamodia about his pioneering research.

Koi carp, popular in Japan, can live for over 200 years. The mole rat lives in underground tunnels where oxygen levels are extremely low. Near-microscopic tardigrades (water bears) can go without food or water for more than 10 years. And elephants almost never get cancer. Fascinating facts that have nothing to do with us, right? Wrong.

“Some of the major challenges in medicine, like increasing life span and reducing cancer, have already been solved by nature, multiple times. Many species have developed genetic mechanisms that make them resistant to cancer and extreme conditions such as low oxygen levels and freezing or boiling temperatures. Other species live extraordinarily long lives or can regenerate lost limbs,” says Dr. Yuval Tabach of Hebrew University. The secret to these mysteries is hidden in genetic code.

Dr. Tabach’s lab is working to decipher these secrets and, among other things, to find a cure for cancer. More specifically, together with researchers at the Massachusetts Institute of Technology (MIT), Dr. Tabach and Doron Stupp, a Ph.D. student on his team, have been recently working to map the “controllers” in the cancer genome. He spoke to Hamodia about the findings, which were recently published in a paper in the journal Cell.

Immunology is at the forefront of fighting cancer. Can you explain why?

Some of the therapies we use to fight cancer are delivered as a systemic treatment to the whole body, which means the therapies are drugs delivered throughout the body. They can be toxic. Add to that the fact that, unfortunately, these treatments are not always successful. Immunotherapy is different because it boosts the body’s natural defenses to fight the cancer. It therefore has the potential to fight a range of cancers. With immunotherapy, we can stimulate the immune system and get it to recognize cancer or develop more specific, targeted immunotherapies that work locally at the tumor site.

What has immunotherapy accomplished to date in the fight against cancer?

Cancers put up stop signs that prevent T-cells (aka T lymphocytes, a subtype of white blood cells that play a central role in immunity) from killing them. These stop signs are called checkpoint inhibitors. Researchers have developed antibodies that block the signals from the checkpoint inhibitors and allow the immune system to act against the cancers.

Sounds great. What’s the but?

Despite the success, this use of immunotherapy remains limited because there aren’t that many tumor-specific antigens — substances that can trigger an immune system response to a particular type of cancer.

So what comes next?

The present project, which is a collaboration between the Massachusetts Institute of Technology and the Hebrew University, started with Israeli Lior Nissim at MIT in about 2012. He screened about 50 promoters to find the one that is active only in cancer cells. (Promoters are also known as “switches” — DNA elements that activate or silence genes in particular cells.) After a lot of tedious work, we were able to design a combination of switches that distinguishes cancer cells from noncancerous cells. The switch triggers the body’s immune system to attack cancers when it detects signs of the disease.

Please elaborate on the idea of switches in cells.

Let’s go back to the beginning. We each have a unique set of genes that are encoded in our DNA. This set is exactly the same in every cell in our bodies. So what makes cells different from each other? The difference between cells in different tissues and organs is that the “expression” of the genes differs between cells. Depending on which gene is turned on (expressed), different kinds of proteins will be made. Once made, that protein goes out into the cell and performs some set of specific tasks. For example, hemoglobin, a protein found in red blood cells, carries oxygen to cells and carbon dioxide away. A switch is essentially a sequence that binds to proteins.

However, to make things more interesting, switches aren’t simply flicked into an “on” or “off” position. Gene regulation works more like a dimmer light switch, where there is a range between on and off.

What do these switches have to do with cancer?

Cancer cells also use this switch system. But they use a different set. We looked at the switches in the DNA of a cancer cell and searched out the combination that was different from the set of switches used in a healthy cell.

What was the next step?

Not really. Think of DNA as a set of letters. You can arrange the letters however you want to make different words. We designed 6,000 new switches. These switches aren’t naturally present in the DNA. Among these sets there are switches more specific to cancer cells. So they work better at attacking these cells. We now have a library of different switches.

Despite the challenges, we developed promoters that will only switch on in cancer cells. They are designed to bind to certain proteins that are active in tumor cells. We did this by building a circuit based on the simple AND gates used in electronics. (AND gates are elementary building blocks of a digital circuit.) Like an electrical circuit, the circuit will only switch on if two inputs (cancer markers) are present. Then, the output of the cell causes the immune system to target the cell.

How does this circuit get to the cancer cells?

The circuit is delivered to cells in the affected area of the body using a virus. Once activated, the circuit expresses proteins designed to direct the immune system to target the tumor cells. To make things more effective, the circuit also expresses a checkpoint inhibitor designed to lift the brakes on T cell activity.

How well does the circuit work?

When the researchers tested the circuit in vitro on a type of women’s cancer, they found that it was able to detect cancerous cells from among other similar noncancerous cells and other cell types. They then tested the circuit in mice implanted with the same type of cancer cells, and demonstrated that it could trigger T cells to seek out and kill the cancer cells without harming other cells around them. Finally, the researchers showed that the circuit could be readily converted to target other cancer cells.

We now plan to test the circuit more fully in a range of cancer models. We are aiming to develop a delivery system for the circuit. The delivery system must be both flexible and simple to manufacture and use. In the future, we will be able to take a biopsy of a tumor, identify which switches are activated and thus treat the patient. Ultimately, we hope to use the system to target other diseases, such as rheumatoid arthritis, inflammatory bowel disease, and other autoimmune diseases.

We are living in an exciting era. There are hundreds of species which have answers to every biomedical question we can think of. Why do we age? What can make crops resistant to freezing or high temperatures? There are powers that we can harness and apply to medicine and agriculture. To do this we need to learn more about the genomes of these organisms. A tiny change can make a big difference. n

Hanako, a scarlet-colored koi carp fish in Japan, was older than the United States of America when she died on July 7, 1977. She was born in 1751, in the first year of Horeki, in the middle of the Tokugawa Era and handed down, like a heirloom, to Dr. Komei Koshihara. The carp died at a grand old age of 226. Her age was verified by analyzing the rings on her scales — in much the same way that dendrologists determine the age of trees by counting the number of rings of growth on wood.

What secret mechanism protects elephants from cancer? The answer almost certainly has to do with TP53. A tumor suppressor gene, TP53 is the police officer of the cellular world. If a cell with faulty DNA is replicating, the TP53 gene encodes a protein called p53, which can stop the process and allow replication to continue only once the DNA is fixed. Alternatively, it can kill the errant cell. Humans have two copies of TP53, one from each parent. But the elephant has 20 versions (that is, 40 copies) of TP53. That means that an elephant has 20 times more tumor-suppressing powers than a human.