Prime The Children Left Behind 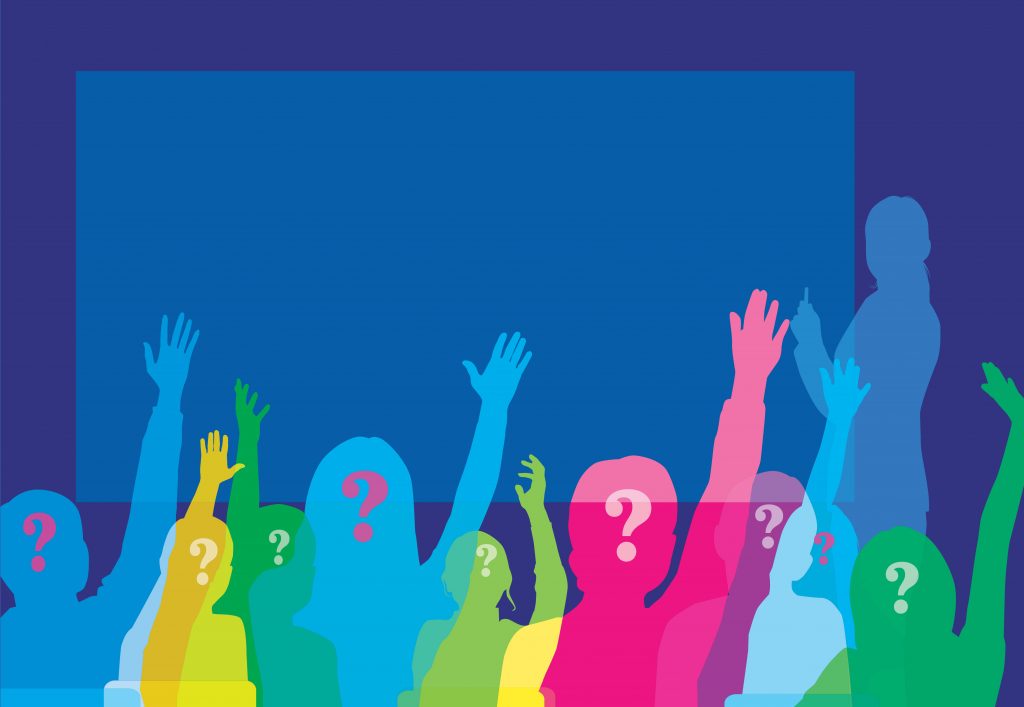 The summer is ending. School buses are revving up. But some parents still don’t know if their children will make the bus.

Hamodia talked — and listened — to educators, parents, and community askanim to raise awareness of the problem, and look at some possible solutions.

Out of Sync, Out of School 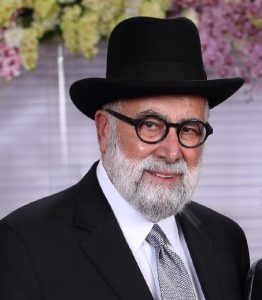 I met Rabbi Yoel Kramer on a sunny Sunday afternoon in August, on what some would consider a vacation day. Yet for Rabbi Kramer, a veteran mechanech, vacation is just a slower day of working for the benefit of the Rebbeim, Moros, parents and children who seek out his caring advice.

This advice comes with decades of experience: first as a principal of Prospect Park-Bnos Leah, a girls’ high school in Brooklyn, Educational Director of Bnos Chava Seminary in Israel, and Director of Mercaz Teacher Training Center, where he trains several dozen Rebbeim and teachers annually in the fine art of educating the next generation of Klal Yisrael.

For the past few years, Rabbi Kramer, who now resides in Lakewood, New Jersey, has given generously of his time to guide principals, teachers and parents of teenage girls who have difficulty being accepted into, or remaining in, school. The causes, as he explains, may be one of many, and possible solutions vary as well. Nevertheless, understanding some of the root causes of these issues can help us formulate a strategy to ameliorate the problem and solve what has become a crisis in some communities.

“Over the past few years, the problem of children out of school or unable to find a school has grown exponentially,” says Rabbi Kramer. “Some communities are affected more than others, and it is worth examining what is happening there to understand why the situation has burgeoned, and why it affects specific areas and certain ages more than others. I think this may shed light on the problem, and tough decisions will have to be made.”

Because Rabbi Kramer has developed a broad understanding and a wide network of contacts across the country and beyond, he is in a unique position to assist parents of high school-age girls when they come knocking on his door. “These girls, beginning with eighth graders up to 12th graders, are at the point where they are not accepted, no longer want to go to school, or are being asked to leave their school,” Rabbi Kramer explains. “I do my best to understand what the issue is, and then suggest a proper fit for the girl so she can finish her schooling and get back on track.” 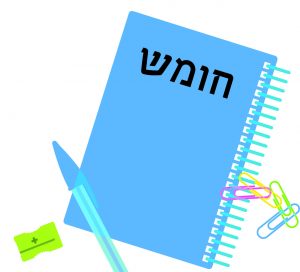 Rabbi Kramer shares his opinion about this phenomenon. “I believe that as with most major problems, there is no one issue which is the cause.” He believes there may be a whole host of issues which impede a child’s success in school: learning issues, emotional problems, physical limitations, a difficult home situation, curriculum geared to the top tier, peers, the state of affairs in society to which children are privy to, and finally the child’s own bechirah; sometimes everything in the child’s life may be fine, but the child just has a big yetzer hara and doesn’t want to improve. Each one by itself can be a reason that the student is not succeeding, and volumes can be written about each topic.

As with most problems, Rabbi Kramer stresses, the earlier they are discovered, acknowledged and dealt with, the greater the chance for a positive outcome. Elementary schools cannot ignore problems or modify learning without addressing root learning or emotional issues.

“If a student has reached eighth grade and the learning or emotional issues were not remediated, it is highly unlikely that this student will fit into a mainstream school.

“Why would such a significant impediment to academic success be overlooked or ignored by the parents or the school?” I ask.

“There is the elephant in the room, and that is shidduchim or perfectionism,” replies Rabbi Kramer. “In our circles, people are frightened how this will affect the shidduch of the child or the siblings. Often, this prevents the parents from getting the child the remedial help or counseling he or she needs, and the child ends up suffering. If a patient has fever for a week, any good medical doctor will order a blood test to arrive at an understanding and a diagnosis. Similarly, a school must insist on a good ed-psych workup of a student who is struggling in order to address the issue before it becomes a major one.

“Before anyone bashes the school, I, as a former principal, can tell you that there is often a valid reason why a student is not accepted. My personal rule of thumb is that a school can handle 15% of their student body [having] problems. That doesn’t mean they can all be the same problem, because then they tend to feed off of one another. A school can handle a few students with learning problems, a few with emotional issues and a few with hashkafic challenges. But they cannot have an open door and be asked to address every problem. The result is a downward slide of the school’s reputation while competing schools bask in their elitism.”

Based on his recent involvement in placing students, Rabbi Kramer unequivocally states that the biggest problem facing the community is girls of high school age. “Children in the younger grades of elementary school do not usually act out, or slide through unnoticed. Yet I was a bit surprised to see that there are girls already in eighth grade who are not in school. I think this is indicative that the root of the problem is not just acceptance in high school, but an earlier onset of dissatisfaction in these girls.”

Although the dilemma of children out of school can have many causes, Rabbi Kramer explains that the phenomenon of young girls not in school, either because they were not accepted or because they drop out, has roots which run deeper.

“My belief is that the problem is twofold. First, there may be a home issue in which parents are living a schizophrenic-value lifestyle, and have not clarified where they stand in the frum/secular balance. America is a prosperous land, and some Yidden in America are living or chasing an affluent standard of living. In some respect, they have cast off some of their upbringing and are pursuing a materialistic existence which is not in sync with the mores of their community. Yet they still want to fit in with the frum society in which they grew up or now reside. In essence, they are living a dual existence, a home life which has a lower level of spirituality, and the face they wish to put on for the school in which they portray a higher level.

“Many of these families are floundering, with little or no guidance from a Rav or mentor to set them on a straight path. Without this, they end up lost, and their children end up confused or openly rebellious. These couples, when they have children, do not have a clear path of how they want to raise them, and what they want their families to look like. At this point, the ‘schizophrenia’ is passed on; as parents, they wish to have their children live their lives in both worlds as well.

“Many times, the school which they pursue for their child, or end up placing their child, is just not a good fit for their family. Yet they persist, and that leaves the child torn and rebelling at the school’s standards and rules. Often, the child wishes to follow the path which they see their parents living at home, with the parental choice of values they experience, and they just don’t fit in to the path of the school their parents choose. 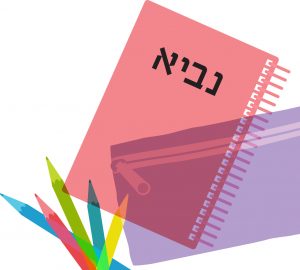 “This is further aggravated by a second point, which is the polarization of society. Today, there is a proliferation of Torah as perhaps our nation has never seen before in the Galus, but at the same time there is a more vague and difficult middle ground. In the past, when there were different levels of religiosity, people chose a school which fit their level. A modern Orthodox Jew chose a school which followed a more lenient set of rules to match their derech. Today, in many communities, this school no longer exists. So, the parents try to enroll their child in a school which has certain standards which they do not conform to, and then they’re upset when they are told that the school will not bend their standards for their child or at a crossroads will not accept their child. Often it is the parents who are being judged and rejected at acceptance, not just the child.”

Rabbi Kramer posits that the reason this problem did not exist in the past is because there were schools which were “middle-of-the-road.” “I call it Bais Yaakov Light,” says Rabbi Kramer. “These schools produced students who were allowed some elasticity, and there was no dichotomy. Today, few parents will admit that their standards have been lowered. As a result, they push their children into a schizophrenic situation. They profess to want the higher standard, but live below it. When the school points this out, or when the child realizes this on their own and refuses to go along with it, the problem explodes.”

Is there any quick solution for this? Rabbi Kramer often works with parents to find that middle-ground school. “Out-of-town communities are often more open. They are less cookie-cutter, and the families can live within their own parameters. Perhaps the community they are in is not a proper fit for them, and they should plan on relocating to a place which is more in sync with their lifestyle. It may be difficult for the parents to admit, but the sooner they do, the easier it will be to make the adjustment.”

In addition, Rabbi Kramer feels it would be prudent for certain communities to create these middle-of-the-road types of schools to service these girls. Perhaps they would be located a bit out of the center, or even in a nearby town, or sometimes a child will thrive away from home, without the prying eyes of neighbors who look down on them. Providing mentors or counseling for these students also proves beneficial, as they can connect on a personal level and work on this adjustment.

Funding for these types of schools may be challenging, as benefactors often are more open to support schools where they can clearly see the success of the students. Indeed, several institutions which were started with the intent of being inclusive of such students faced formidable obstacles in their finances.

The situation is at a critical point. It is heart-wrenching for the child, as they are thrown into a situation, often not of their own making, where they simply do not fit in. When these children are not in a school where they thrive, they tend to find others in similar situations, which can lead to their quick decline. “Unfortunately, we live in a society where anyone can connect with whatever they are looking for,” says Rabbi Kramer, “and if the child is not settled in a school where they feel they belong, there is a substantial chance they will look elsewhere for acceptance.”

What does the future hold for these children as they mature into young adults? “Unfortunately,” says Rabbi Kramer, “it can be described as ‘triple schizophrenia.’ The split life they have grown up with has been transferred to the next generation, and they are at a total loss as to where they belong and where they are heading. As a community, we must put our personal agendas on hold and deal with this issue as a problem which Klal Yisrael as a nation must solve.”