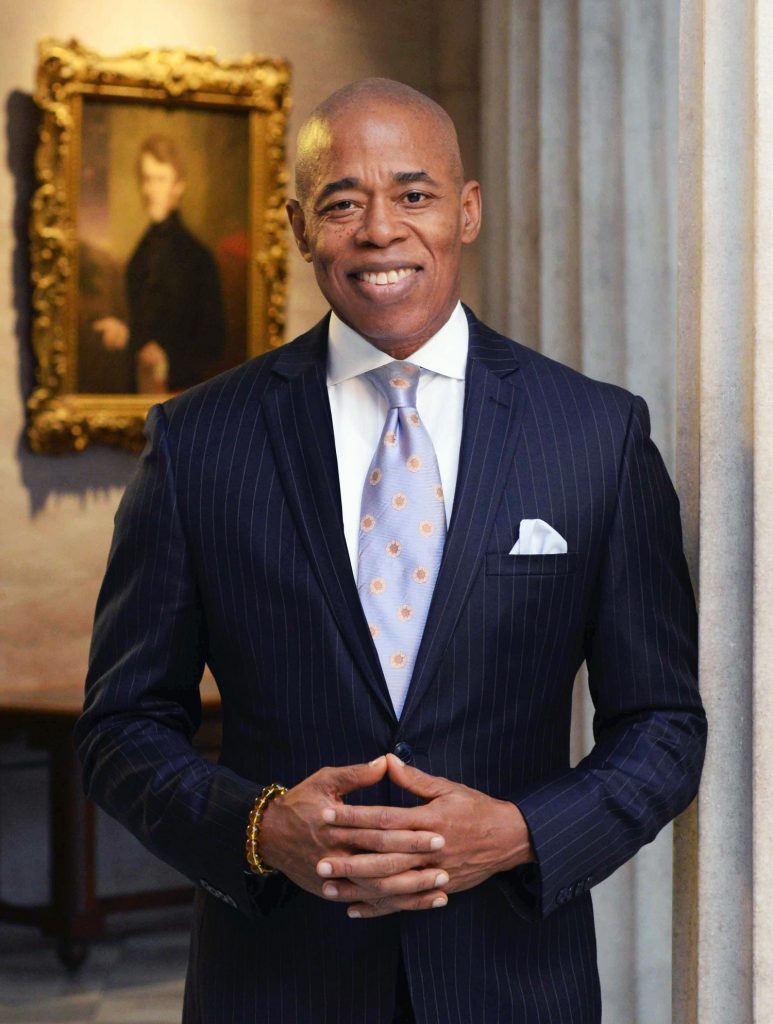 The death of George Floyd, a black man who died in the custody of Minneapolis police after an officer kneeled on his neck, drew condemnation and led to massive protests across the country and around the world. While most protests have been largely peaceful demonstrations calling for police reform, there have been significant instances of rioting, looting and violence, often targeted at police.

What is your reaction to the protests, specifically in Brooklyn, over the last couple of days?

I’m proud that young people have taken to adding their voice all over the globe. In history, in every place I’ve ever visited, young people have enacted change. It didn’t matter if it was Soweto, South Africa; it was the Deep South; or even in the State of Israel, where young people join the army for freedom and ensuring their safety.

What I’m concerned about is that outside agitators have professionalized a level of coming into the city, using violent ways of burning down our city. That is unacceptable. They are hijacking the entire desire to find justice in the law enforcement community, and that troubles me.

We cannot allow that to happen, the burning of vehicles and destroying properties.

Do we know for certain that the people destroying property and looting stores are from outside the city?

Well, one thing we know for sure: The young lady that pulled up to a vehicle in the 88th Precinct and threw a Molotov cocktail at the vehicle with officers inside, she was not from New York. And the number of arrests that the police officers have participated in — over 200 arrests — 40 of them came from outside the city. So it’s clear that there is an outside influence on what is happening in this protest, that’s taking place.

We’ve had many protests before over police brutality, with young people in this city, where there was no violence, no burning of cars, no burning of police property. So the difference here is a substantial number of people who were outside the city, based on arrest records from the Police Department.

What is your opinion of the way that the NYPD has handled the protests?

I think there’s a combination. I think those officers who have shown a high level of discipline should be commended. But those officers who have exacerbated the situation should be, at a minimum, removed from patrol, and in some cases they should be fired. I think it’s unacceptable for officers to drive over civilians, no matter what the case is. I thought it was unacceptable for an officer to pull down the mask of a man who had his hands in the air and spray him with Mace. And I also think it’s unacceptable for any protester to throw projectiles like stones at police officers and to burn property. So I think it’s a combination: that we had an overwhelming number of officers who acted appropriately and safeguarded the city, but there have been a number that have tarnished the badge.

What is your opinion of the way Mayor de Blasio has handled this?

I think the mayor and the Police Department — because you can’t disconnect the two, he’s in charge of them — attempted to handle this in the extremely difficult times with a new scenario of, we have not had professional agitators of this capacity in our city before. And with this new dynamic, I believe we were slow to adjust to the severity of these professional agitators.

But overwhelmingly, I think he was committed to making the city safe the best way we could possibly do, with the Police Department.

As you mentioned, there have been many protests in the city in the past, over this issue and other issues. All of a sudden now there are a bunch of “outside agitators,” as you call them. To what do you attribute that suddenly this happened now?

I think it’s a combination of things. I believe that we’re seeing a high aggression of people who believe that violence is the way to get their point across. We’ve seen people going to a number of statehouses in military attire. I think the energy in the country now, unfortunately, is leaning towards a very aggressive tone, and we need to do everything we [can] do in our national politics, as well as in our local politics, to turn down the tone that we’re seeing. We even see a substantial increase, in this city and country, in anti-Semitism. A lot of hate groups are rising against the various African American and Jewish and minority populations. So I think all of this is tied together, that there’s a high level of hate that seems to be pervasive in our country.

To what do you attribute that?

Again, I believe some of the national conversations that we’re having, what’s happening coming out of our national government, is really playing a significant role, and it’s time for our national leaders to turn down their volume and be more acceptable on what we are as a country and our high level of tolerance.

Four officers involved in the arrest of George Floyd were fired very shortly after the video came out, and the one who actually kneeled on Floyd’s neck was arrested and charged with murder. You said you are proud about how young people are protesting. What exactly are the protesters calling for, considering that the officers involved have been fired or charged already?

I’m a retired police officer. And if one person commits a robbery and three other people stand around and watch him commit the robbery, they’ve acted in concert. If one officer stays nine minutes on a person’s neck and murdered him, and other officers sit down and watch, they should be charged with acting in concert.

So you’re calling specifically for the other three to be charged as well.

[Editor’s note: On Wednesday, June 3, charges were brought against the other three officers.]

Finally, setting aside the issue of the violence, I want to ask you about the issue of crowds. Mayor de Blasio has been adamant during the pandemic that he’s not going to allow any crowds. He’s spoken against any sort of religious gatherings, like prayer services, above the 10-person maximum, per the governor’s executive order. Yet during these protests, de Blasio has been open that as long as it’s peaceful, he’s going to allow it. He seems to possibly even be encouraging it. We know that protesting is a guaranteed right in the First Amendment, but so is the free exercise of religion. Do you believe it’s appropriate for the city to be allowing gatherings for the purpose of protest when it’s not allowing gatherings for other purposes, including those purposes that are also protected by the First Amendment?

We hold our Constitution in high esteem, just as we hold public health. And I want to see our churches and our synagogues and our mosques open and operating in a safe manner. I believe that if we could do it without putting the parishioners in jeopardy, we should do so, and it should be more than 10. I’ve always felt that the houses of worship play a vital role in the mental health of people. And we should do it as long as we can do it safely.