Prime Attack on the Nefesh – Counter Attack With Mesiras Nefesh 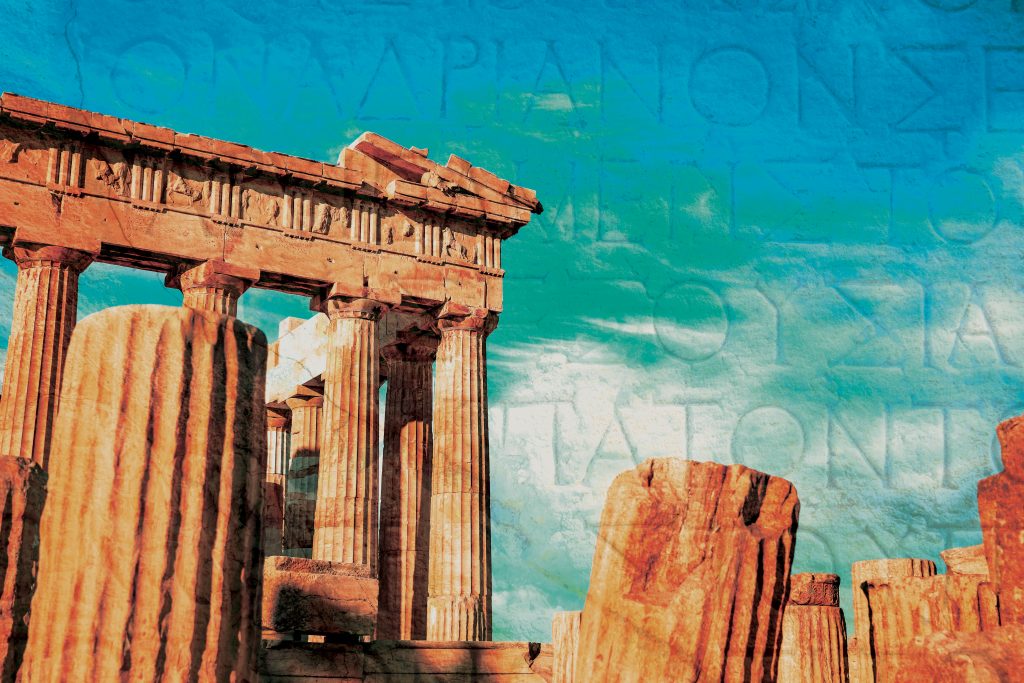 In the days before Chanukah, Harav Yaakov Horowitz, shlita, enlightened us with his unique understanding of the lessons we can take from Chanukah and how they should be applied to our current situation.

The Gemara in Menachos (99b) relates that Ben Dama, the son of the sister of Rabi Yishmael, asked his uncle, “For someone like me, who has learned the entire Torah, is it permitted for me to study chochmas Yevanis — Greek studies?” To which Rabi Yishmael pronounced this passuk: “This sefer Torah should not move from your mouth, and you shall meditate upon it day and night (Yehoshua, 1:8). Go and find if there is a time which is not of the day nor of the night, and learn Greek wisdom in it.”

It seems that Rabi Yishmael indeed agreed with his nephew that he truly was a gaon olam, and was proficient in the entire Torah. Nevertheless, he told him that he must meditate upon the Torah constantly and could not spare any time for chochmas Yevanis.

We find another story told about this same Ben Dama. The Gemara in Avodah Zarah (27b) tells us that Ben Dama was bitten by a venomous snake, and Yaakov Ish Kfar Sachnia wanted to heal him with an item connected to heresy. Ben Dama requested permission from Rabi Yishmael to let himself be healed, and he would then bring proof from the Torah that it was permissible. However, this did not happen, and Ben Dama met his demise. To which Rabi Yishmael declared, “Praiseworthy are you, Ben Dama, that your body is pure, and your soul left in purity. You have not transgressed on the words of your associates.”

The final phrases of this passage need some explanation. It seems the discussion should have centered on the permissibility of using the cure or its prohibition. Why did Rabi Yishmael focus on the aspect of purity?

It seems that although Ben Dama was indeed a gaon olam, Rabi Yishmael detected that he had an inclination toward chochmas Yevanis. The tenet of this study is the reliance on one’s own self. “I think, it is my opinion, my wisdom.” The passuk in Yeshayah (47:10) states, “chochmaseich vedaateich hi shovevasech vatomri belibeich ani ve’afsi od — Your wisdom and knowledge made you rebellious, I am and there is none else beside Me.” This is the perversion of wise men of Athens, who rely on their own self importance and philosophy and do not submit to the Ribbono shel Olam.

The tikkun — the remedy — for this type of thinking is to subjugate oneself completely to the will of Hashem, and not rely on one’s own wisdom and knowledge. This was the message which Rabi Yishmael was imparting to Ben Dama. You are praiseworthy because you overcame your inclination to rely on your own understanding that it was permissible, and you accepted the view of the Chachmei haTorah which ruled it was forbidden. This brought out the innate purity from within, and your soul departed in complete purity, unsullied by the taint of Yavan.

The yesod of Chanukah lies in the words of the Bach (670), who tells us there was a fundamental difference between the episode of Purim and that of Chanukah. By Purim, Haman planned to eradicate the guf, the physical being of Klal Yisrael. For this reason, we celebrate with mishteh v’simchah, by partaking in a feast. At the time of Chanukah, the objective of the Yevanim was not to destroy the guf, but to attack the nefesh, the neshamah of Klal Yisrael; their objective was to bring the galus into the Yid. For this reason, we are not obligated to celebrate with a feast, and it is only a seudas mitzvah if it is infused with divrei Torah. The ohr of the Torah can create a spirit of kedushah in the seudah as well.

In this way, the galus of Yavan was unique. While galus has presented itself in many ways, we have never had misnatzrim, i.e. a movement to bring the beliefs of natzrus into the fold of Klal Yisrael. It was only with Yavan that they attempted this, and this presented us with a major nisayon.

So how do we defeat this? The answer, as explained by the episode of Ben Dama, is by employing the power of mesirus nefesh. Rashi in V’zos Habrachah (Devarim 33:11) indicates that there were 13 people (the 12 sons of the Chashmona’im and Elazar) who opposed the powerful army of the Yevanim, a force that ruled the entire world. The mesirus nefesh of these few weak individuals was able to change the tide and win the battle.

Furthermore, there is a fascinating concept revealed in the Baal Haturim in Parashas Toldos (Bereishis, 26:20-23), that tells us the three wells dug by Yitzchak correspond to three galuyos; Eissek corresponds to Bavel, Sitna to Haman, and Rechovos to Yavan. He explains that during Galus Yavan, they enacted a decree to ban mikvaos [this is mentioned in the Igeres Teiman of the Rambam as well]. But a miracle occurred and mikvaos appeared in their homes. So we see that when there is an attack on our nefesh, the way to respond is with mesirus nefesh, which will enable us to fulfill our obligations in a miraculous manner. 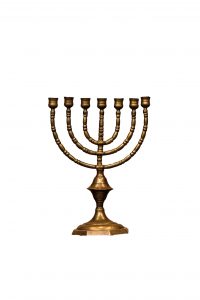 The Telsher Rosh Yeshivah, Hagaon Harav Chaim Stein, zt”l, would tell a story of the time he and his chaveirim were banished to Siberia during WWII. They were consumed with finding a way to fulfill the mitzvah of neiros Chanukah. Risking their lives, they snuck out to the train station, and caught some of the oil that dripped from the engine, storing it away bit by bit until they had gathered enough for the neiros.

When Shabbos arrived, they realized they would not be able to carry out this plan for Motzoei Shabbos, and they were resigned to missing that night’s neiros. They decided to spend their time discussing divrei Torah on the topic of Chanukah, and continued with this until nearly midnight. At that time, the silence was broken by the knock of a natchalnik — a feared Russian officer, who entered their quarters and deposited a pair of candles for their use.

Rav Chaim would say that, decades after this episode, he still remembered how the natchalnik looked. Imagine the simchah they experienced at being able to fulfill the mitzvah on that night, after the mesirus nefesh they went through! I am certain that there was no gashmiyus they enjoyed in America compared to the simchah they felt that night.

Reb Zalman Yudkin of Riga was imprisoned many times in the Soviet Union for his insistence on keeping Torah and mitzvos. He mentioned that not every year would they have all four minim for the mitzvah of arbaah minim. Some years, there were only three available. The simchah they felt during a Sukkos when they had all four minim was indescribable. We have merited fulfilling another mitzvah! We never thought we would merit this again! They could faint from happiness with the knowledge that they had accomplished doing the mitzvah.

In Igros Chazon Ish (1:153), he writes, “Ha’oneg hayechidi hi li laasos retzon koni — My singular pleasure is to do the will of my Master.” True pleasure is possible, and it is the result of doing the retzon Hashem.

A story is told of Graf Pototzski, the wealthy baron who controlled much of the area in which the Jewish population lived. When he wanted to go sledding in the summertime, but did not want to travel to the Alps, he had his workers empty and pile up thousands of sacks of salt to form a mountain for his sledding pleasure. When the Berditchever, zy”a, heard of this, he wondered, “Is that his vision of enjoyment? Had he ever had the pleasure of lighting Chanukah lecht? Or taking a lulav? This is his concept of taanugim, of pleasure?”

In our generation, we are once again faced with this frontal attack on our nefesh, rather than on our guf. We have been afforded all the luxuries that the nations have to offer, and it all comes with a glatt kosher stamp. “Enjoy!” it calls out to us! “You can be ehrlich and still enjoy it!” But is this the path of our nefesh, or that of the Yevanim?

In our times, people look at the recent mageifah of COVID as a nisayon of the guf. However, in reality, it has turned out to be a nisayon of the nefesh, as it has caused a weakening of our batei medrash and yeshivos, the limud haTorah and tefillah and, unfortunately, a great nisayon on the nefesh through the proliferation of technology. I would say that anyone who purchases a smartphone for Chanukah is truly falling into the trap of Yavan.

This Chanukah, as we light the lecht, let us realize that the pleasure we seek is lehisaneg al Hashem, and may we be zocheh to see the light of Moshiach Tzidkeinu, bimheirah b’yameinu, Amen.