Prime ANALYSIS: Is Impeachment An Exercise in Futility? 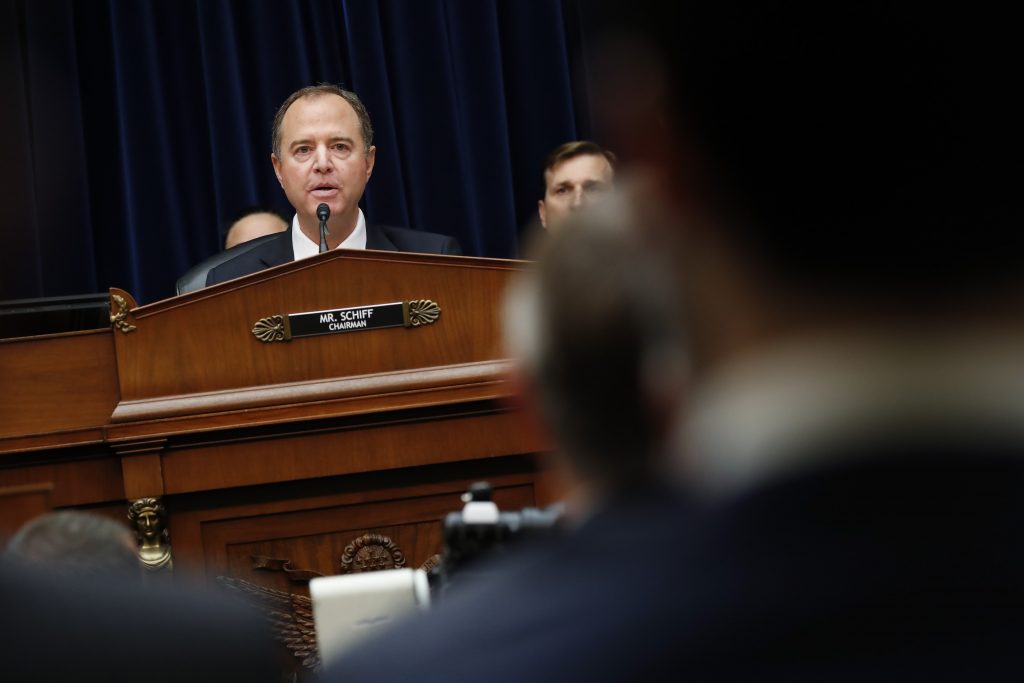 Amid an onslaught of claims and counter-claims and a barrage of personal insults over the ongoing attempt by the Democrats in Congress to impeach President Trump, what is sorely lacking? Incontrovertible facts.

Even the question of whether the House of Representatives has actually started an impeachment process is a source of contention. As far as some Republicans are concerned, the entire House has to vote on a motion to begin an impeachment inquiry, and no such vote has been cast. The Democrats argue that although that was the way it was done during the Nixon and Clinton impeachment proceedings, there is no such requirement, and any House committee can start the process on its own.

It isn’t merely that the two sides of the political divide have differing opinions on virtually every aspect of this saga — they are worlds apart.

The phone call with the Ukrainian president that is currently at the heart of this ever-shifting story is a classic example of how politics shapes opinions.

President Trump and his Republican allies see nothing wrong in an American president asking a foreign leader to investigate a man who has a strong chance of winning the Democratic nomination and may end up being his opponent in the 2020 elections. On Thursday, President Trump not only repeated his call on Kiev to look into accusations of wrongdoing by former Vice President Joe Biden and his son — but also called on China to do so as well.

At the same time, it appears that, for Congressional Democrats, the phone request is in itself sufficient reason to overturn the results of the 2016 election and oust a sitting president. In addition, they are leveling charges of an alleged cover-up, and are even now saying that if the White House refuses to hand over subpoenaed documents and witnesses — that alone may be grounds for an impeachment charge.

However, one of the few facts that is not open to interpretation is the reality that while a simple majority of the House will suffice to “impeach” a sitting president, it takes two-thirds of the Senate to remove him from office. In other words, even if the Democrats would be in control of the Senate — and currently they are not — they would still need a considerable number of Republican senators to join them to do so.

While much can change in the coming weeks and months, as it now appears, what the Democrats are so determined to undertake is a grand exercise in futility, much like the ill-fated attempt by the GOP to impeach then-President Bill Clinton.

In a recent interview with the Associated Press, former Rep. Bob Inglis, a Republican from South Carolina, admitted that the Republicans “made a mistake” in impeaching Clinton.

“I can say that now, in retrospect — I didn’t think that at the time — but I think that was because I was probably sort of blinded by my dislike of President Clinton, you know, and wanting to stop him,” Inglis said. “So there may be some similarities there in this scenario.”

Former Rep. Bill McCollum (R-Fla.), one of 14 House impeachment managers who presented the case against Clinton to the Senate, put it succinctly in a conversation with the AP.

“If somebody’s the president of the United States and they do something that’s bad enough, then even their own followers are generally going to turn on them,” McCollum said. “And that’s not happened yet. It happened with Nixon. That did not happen with Clinton, and that does not appear to me to be likely to be happening with Trump — at least on the facts that are out there right now.”

Unless some dramatic new evidence emerges in the coming weeks, the Democrats would be taking an enormous political gamble to initiate impeachment proceedings.

With a national election only a little more than a year away, many Americans — including some of the president’s detractors — would much prefer that the general electorate, and not the president’s political foes in Congress, decide whether Mr. Trump should continue serving as their president.

Until they manage to round up some bipartisan support for impeachment, the most likely result of the Democratic efforts will be to help Mr. Trump solidify his base and rally his troops for the upcoming elections.