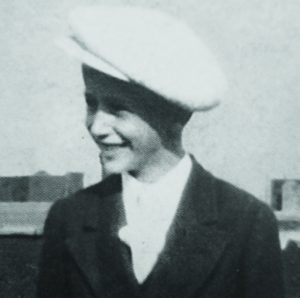 The eighth graders sat upright in their seats waiting to receive their diplomas, the culmination of a decade during which they went from learning alef-beis to toiling over a blatt gemara with Tosafos.

“I’m sure all the bachurim are looking forward with great anticipation to next Elul, when you will all be entering one of the premier mesivtos,” Rabbi Yaakov Landesman, the beloved Menahel of Mirrer Yeshiva Ketana began. “As you reach this milestone, I would like to share something with you which will help you understand just how lucky you are to have this zechus.

“When I was in eighth grade, some older boys who called themselves the Inter-Yeshiva Student Council came to our class in order to convince us to continue on in a yeshivah high school. In those days, many boys would end their yeshivah education when they graduated elementary school. A grandchild of the leader of this group, who was then known as ‘The General,’ is graduating with us this evening.”

The General’s father, Yosef Shmaryahu, was born in Europe to Avraham, a Gerrer Chassid, and they came to New York after receiving a brachah from the Sfas Emes. His mother’s father, Yaakov Mordechai Mandlestam, a shochet who hailed from Lithuania, had been brought over to America by Harav Yaakov Yosef, zt”l, the Rav Hakollel of New York City. As a young child, there was little in the way of formal Jewish education for Yosef Shmaryahu, but by the time his own sons were of age, he enrolled them in Yeshiva Torah Vodaas, where they were drawn to the legendary Menahel, Harav Shraga Feivel Mendlowitz, zt”l.

Born in 1923 and growing up in the first half of the 20th century, The General exhibited leadership qualities at a young age. With his sweet voice, he was a star soloist for some of the leading chazzanim of that era and was nicknamed “the V’yemalei Kid” for singing a song, “V’yemalei Hashem mishalos libchem l’tovah” at over 500 weddings. His meager earnings of 25 or 50 cents helped ease some of the indigence in his home.

Yet singing professionally presented its own trials and tribulations. When he was just bar mitzvah, he performed as one of the main choir members that accompanied a renowned chazzan on Yom Kippur. As the day wore on, he felt exceedingly weak and he informed the chazzan that he could no longer sing in the choir. Despite the shul being ostensibly Orthodox, pressure was put on him to break his fast so that he could regain his strength and continue singing. Of course he didn’t submit to the pressure, but the episode taught him how shaky Yiddishkeit was in those times.

To supplement his income later in life, he would serve as a chazzan for the Yamim Nora’im in various outlying communities. “When I was young, my father would travel alone, but once, as I approached my bar mitzvah, my father took me along,” his son recalls. “He took his job seriously, as he truly felt he was a shliach tzibbur, a messenger of the congregation to daven for them, and during the tefillos he would shed copious tears. A fellow said to me in Yiddish, ‘Zug der tatte nisht tzu veinen azoi fil — Tell your father not to cry so much.’ When my father heard that, he decided that it would be detrimental for me to come along and arranged for me to daven in Yeshiva Torah Vodaas the next few years. So I only got to hear my father daven on Yamim Nora’im that time.”

He joined the fledgling Pirchei Agudas Yisrael at the age of 8, and when he turned 16, Elimelech Gavriel Tress, or Mike, as he was known to all, encouraged him to become the leader of a Shabbos afternoon Pirchei group. After a bit of a rough start, he won over the hearts of the young boys with his enthusiasm and warmth. Mike encouraged him to take a leading role in Pirchei, where he dubbed him “The General.”

And a general he was, beginning with establishing the Inter-Yeshiva Student Council in 1942, where he utilized his sense of humor and infectious good cheer to show the young yeshivah boys the joy of being a ben Torah. In 1945, he introduced his guides for Pirchei leaders, which offered a plan of action for group leaders with stories, games and quizzes connected to the parashah or the time of year.

As a Rebbi, it was important for him to impart the kedushah of Shabbos and Yom Tov, which he did in part by ensuring that each talmid mastered making Kiddush, as well as teaching them how to sing zemiros and Yiddishe songs.

Extra care was given to any child who was a yasom, and he would take the child under his wing, mentoring him and advising him throughout his adolescence and beyond. Mordechai, who was part of the Pirchei minyan in Crown Heights, passed away at a relatively young age when his son, Shimon, was young. Years later, when Shimon made his first siyum haShas, he announced at the seudah that The General, who had been close to his father, had encouraged him to complete a masechta each year for the yahrtzeit, and this in turn led to his completion of Shas.

The hallmark of his success as a Rebbi, head counselor and mentor was his ability to identify the strength of each child and encourage him to develop it. When he sensed that a young Meir Zlotowitz was skilled at writing, he assigned him the editorship of the camp newspaper, and he convinced a young Shmuel Bloom to speak publicly in Pirchei and develop his talent.

In the late 1970s, Rabbi Moshe Sherer asked Rabbi Yehoshua (Josh) Silbermintz to become the National Director of Pirchei. Although Rabbi Silbermintz had been performing many of those duties without compensation for three decades, he was now charged with officially overseeing its many branches and supervising its continuous growth. In addition to the Mishnayos B’al Peh contest, he instituted Motzoei Shabbos learning, contests in hasmadah, kibbud av va’eim, hilchos tefillin and a host of others.

Rabbi Josh Silbermintz was niftar on Shabbos Erev Pesach 5754/March 26, 1994, and his levayah was held on Tuesday, the first day of Chol Hamoed. Thousands of people came to give kvod acharon to The General, who was their Rebbi, head counselor, mentor, and the person known far and wide as Mr. Pirchei.