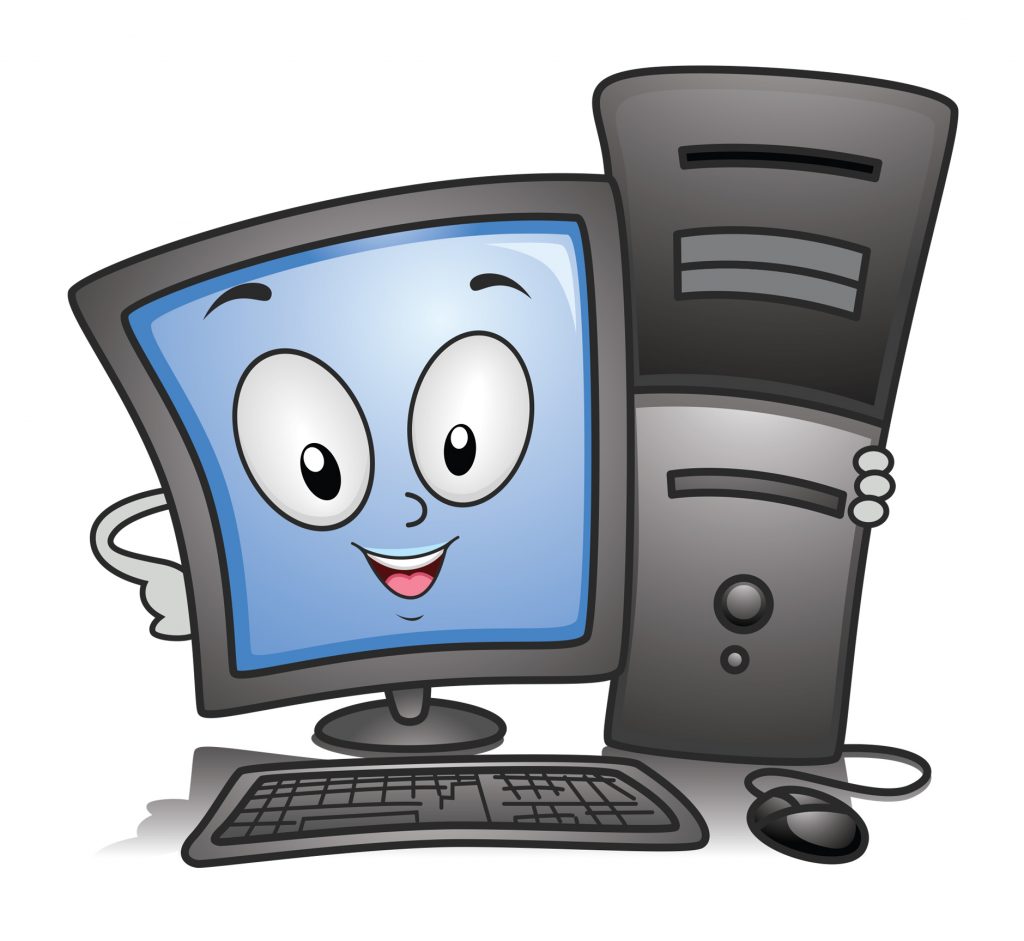 In this day and age of computers doing everything for us, one of the few things that we still have to do manually is set up a new computer.

And this can be very confusing. So we might as well help each other through it.

I’m not saying you’ve never set up a computer. Computers in fact have very short life spans. But most of them live just long enough for you to forget all the different steps you need to take to set them up. Yes, you probably have those steps written down somewhere, probably in your old computer, which you are not turning on again, because it moves like molasses.

“Why are you freezing? It’s Microsoft Word!”

By the time you finish looking up the steps on your old computer, it will be time to get a third computer.

The first step in getting a new computer is to decide what is the best computer for you. Most computer experts will tell you that you have two basic choices: a desktop or a laptop. A laptop sits on your lap, although you can use it on a desk, and a desktop sits on a desk, although technically you can use it on your lap and the laps of maybe two other people. So there are more differences than just the names.

For example, one factor to consider is how many people generally stand behind you staring at the screen when you’re on the computer. Especially when they’re supposed to be in bed. With a laptop, there is generally one optimal angle to see the screen, so unless you want everyone cheek to cheek, you might want to get a desktop with a huge monitor. Your other option is to put all the other people on your lap, and then where will the laptop go?

And that’s another difference: A laptop comes with a free monitor, but on the other hand, you’re married to that monitor. If the monitor goes, you need a new computer. Whereas, for example, I use desktops, and I’m still on my first two flat-screen monitors, and what is probably my eleventh computer.

The other benefit of desktops is that you can actually use one without a monitor, though it will involve a lot of guesswork. But it’s definitely the best computer to buy in terms of kashrus.

And then there’s the matter of price: One of the downsides of a laptop is that it’s more expensive. On the other hand, one of the downsides of a desktop is that you have to buy a desk first. So that might come out to more in the long run. On the other hand, a desk has other uses. For example, you can eat lunch on it. You can’t eat lunch on a laptop, unless you close it first.

On the other hand, when you need to, you can just shut the laptop and move it out of the way. Whereas with a desktop, the way it works is that it has its own room — your kids don’t even have their own rooms – and it stays on from Shabbos to Shabbos. It’s much harder to just schlep around when you need to.

YOU, AT A MEETING: “Let me show you what I’m talking about. One minute…”

COWORKER: “Can we help you plug things into the back?”

YOU, FROM UNDER THE CONFERENCE TABLE: “No, I’ve got this… Why do we only have two outlets down here?”

And that’s another thing: With a desktop, you get to crawl around under the desk and plug in wires. With a laptop, I’m not sure where you’re supposed to crawl. There’s no desk.

Anyway, once you’ve chosen a computer, you need to bring it home — sometimes through several trips back and forth to the store — and put it all together. Setting up a computer is about much more than just plugging it in and turning it on.

First you want to call your father-in-law. Or at least my father-in-law. Technically, it doesn’t have to be anyone’s father-in-law, but there should probably be someone in your life who knows what they’re doing with computers, blind, over the phone. In my experience, whoever it is will be more than happy to take your call.

If you don’t want to call your father-in-law, have your wife call him. That’s what I do, anyway. My wife always sets up my computer. This is a tradition that goes way back to when we used to share a computer, back when I wasn’t working on it 24/6. But this tradition continues even today, because when I get a new computer, it’s generally because she got it for me as a Chanukah gift or something because she’s gotten sick of hearing me yell at my current computer and thinking I’m yelling at her.

I do help, mostly by getting stuff for her and stressing about how many deadlines I’m missing because of this whole setup process and how this computer better be lightning fast or else the whole thing isn’t worth it. Whereas when she gets a new computer, do you know who sets it up?

The first step, before you plug anything in, is to open up your computer tower, using the second screwdriver, and then instantly regret it. This does not void the warranty, though, unless you have a laptop. You should see a power supply, a motherboard, and a lot of open space that makes you question why desktops have to be bigger. That area is known as “room for expansion,” in case you want to put a guest room down there. Or a home office. Maybe you can hide chocolate in there or something.

You’re also going to see a fan in there that’s going to make noise whenever you’re trying to concentrate, so we recommend that you disconnect it, and maybe put it on your desk to keep yourself cool.

While you’re down there, it would be a good time to, say, install a dedicated graphics card, ideally if you can get someone else to dedicate it. Mine was dedicated by my wife, l’zecher nishmas my deadlines.

But once you’ve closed the tower back up, your first step is to put it in a place that is not well ventilated and will suck up as much dust and sock lint as possible, such as under your desk. Your next step is to pull it back out so you can plug everything into the back. Every peripheral device that you own has at least two wires coming off of it — one that goes into the computer and one that goes into the wall. Sometimes there’s a third, so they could go into each other.

Admittedly, this part of the process has become easier over the years. In the old days, back when your great-great-grandfathers were putting together computers, every plug had its own shape. Nowadays, everything has the same clever USB plug that is always backward when you plug it in the first time and also the second time.

So at this point, you want to plug in your speakers and monitors and mouse and keyboard and printer. Even if you have a wireless mouse, you still have to plug it in. It’s not a plugless mouse. Make sure to also plug in those wires which you’re not really sure what they do but they’re underneath your desk and you had them plugged into the previous computer for some reason.

Once all of your devices are attached to the back of the computer, try to figure out how to plug them into several power strips that are all plugged into each other. Ideally, at least one of these strips should be plugged into the wall.

Make sure to pre-tangle all your wires while you’re at it.

If you’ve plugged everything in and your computer still isn’t turning on, note that there’s a second switch on the back, near the power supply. The switch will have an “O,” which stands for “off”, and an “I,” which stands for “on.” Because it turns out that there can’t just be two O’s, even if they shade one in.

Also, don’t forget to plug in your printer. If your printer is installed properly, the “low toner” light should be blinking and the paper tray should be jammed with the piece of paper that it prints out to show that it’s working properly.

You should also get yourself a UPS, which is a massive power strip with battery backup, which means that if there’s ever a power outage, especially on Shabbos, the strip will make noise every three minutes to remind you that you didn’t turn off your printer. I’ve never had a device that makes a bigger deal about finally doing its job.

But even after all these steps, you’re still not finished. There’s a whole bunch of set-up to be done after you turn on the computer, which means that you’re NEVER going to get to your article. Or, you know, whatever it is you need to get to. So we’ll continue this next week, by which time hopefully this whole process will be over and we can go back to yelling at our computers. Instead of our wives.