FromINYAN Article HUMOR: If You Can’t Beat the System … 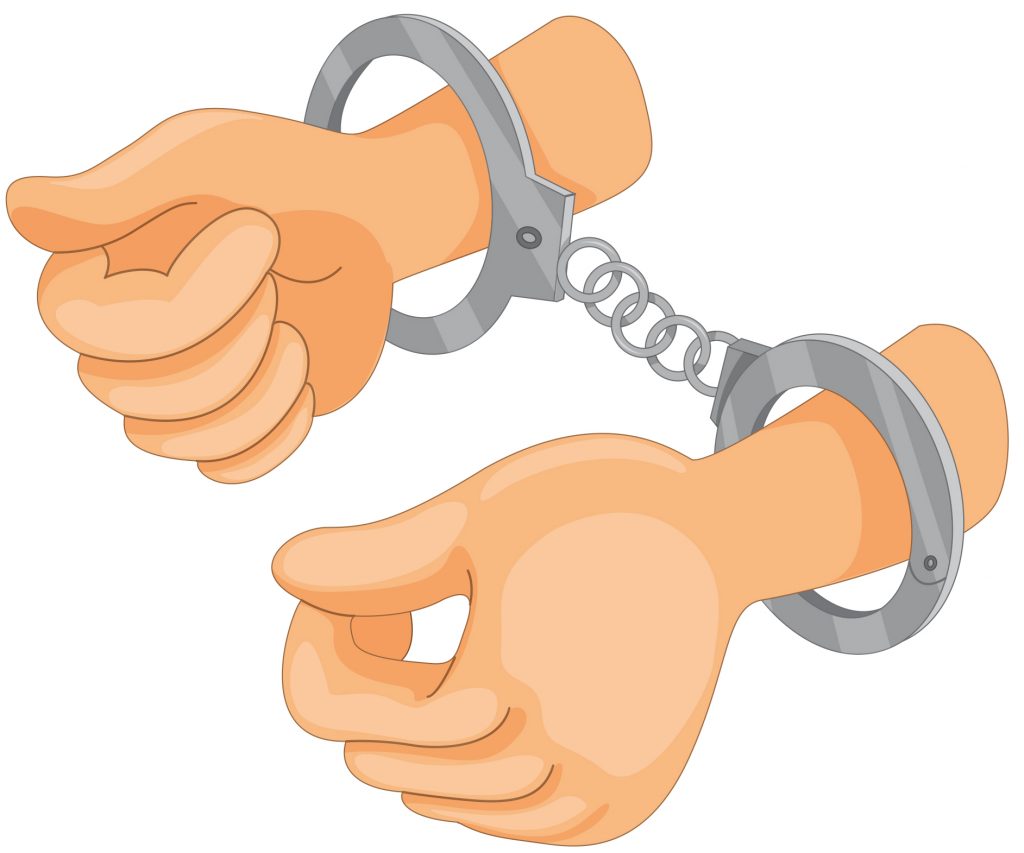 Dumb criminals get a bad rap. They make one mistake in their lives — besides the crimes, obviously — and everyone makes fun of them.

If you’re a dumb criminal and you somehow read Hamodia (maybe that’s the only newspaper they let you read in jail), you’re probably wondering how you can be smarter from here on in. Maybe there’s some way to beat the system!

On the other hand, there are plenty of stories of criminals who tried to beat the system and only ended up failing harder. Sometimes it’s not even worth trying.

Our first story comes from Texas, where police are on the lookout for a man responsible for several armed robberies, and they shouldn’t have a hard time finding him, because he has a pretty unique tattoo across his forehead.

Tattoos are pretty dumb in the first place, because you have to spend the rest of your life living with a decision that you made back when you were young and stupid. And for the rest of your life, people will always identify you by that tattoo. That’s the first thing people are going to mention. Especially when you go for a job interview.

“Are you going to hire the guy with the tattoo?”

Especially if it’s on a hard-to-cover spot such as your forehead.

“How unique is this guy’s tattoo?” you ask.

His tattoo is his social security number. Yes, he was trying to beat the system. He figured that no employer would refuse to hire him because he had his SSN tattooed on his face. In fact, it would help. The employer would say, “OK, we have to fill out this form. What’s your social?”

My guess is that this is a guy who keeps getting lost, and at some point he said, “I’d better write my social so people can figure out where I’m supposed to be. And also part of my phone number.”

Nevertheless, police are looking for him so they can send him to prison, where everyone will immediately steal his identity.

I personally think that the cops should just steal his identity and wait until he calls to report it. They can —according to the five minutes of research I just did —

How do you commit crimes in someone’s name using their social? Do you rob someone and say, “And if anyone asks who robbed you, tell them it was 463-15-6781!”?

When we picture how criminals probably smell (many of us do this a couple of times per week, minimum), we imagine they smell pretty bad, what with all the running. But this guy tried to break the offensive stereotype and put on some cologne in the morning. And cologne nozzles have two settings: None and Way Too Much. This guy was wearing Way Too Much.

Police said they could have found him without the dogs.

Either way, Charles later told the cops that he “regretted putting on cologne before [he] left the house.” No word on whether he also regretted committing his crimes.

Because when police are looking for you, they use all their senses.

Take Kevin Lee Barbour, a man in Florida who stole a car and was pulled over. He wasn’t even pulled over for stealing the car. He was pulled over because his vehicle didn’t have tag lights, which was apparently not something he checked for when he stole it. Which could have been his defense.

So instead, he ditched the car and took off on foot, followed by a horde of cops, and eventually ducked under a trailer to hide.

But now what? Should he stay down and risk — I don’t know — sneezing at an inopportune moment? So he decided to go to sleep.

Anyway, police eventually found him by following the sound of his snoring, which they described as “that of a wild boar.”

You can’t hide evidence, either. Last year, a thief in Esbjerg, which is of course a city in Denmark, crept into a place of business with the intention of breaking into the safe, but he couldn’t figure out how to get it open. So instead, he stole the safe. He schlepped it into his car and brought it home, only to realize that he couldn’t open it there either. Home court advantage means nothing to a safe.

So now what? Does he just keep it around as a conversation piece? He did get it illegally. He kind of has to get rid of the evidence.

But how do you hide a safe?

“Behind a painting,” you’re saying. “That’s where people who have safes hide them.”

Well, not everyone has a big enough painting. Or walls that you can stick a safe into without having it jut out conspicuously into the next room.

He also didn’t want to just dump it somewhere, because then police would find it. So he drove out to a nearby lake and threw the safe in. Well, on. The lake was frozen solid. So the safe just sat there until the next morning, when police found it. And they were afraid to approach it too, so they ended up waiting until the thaw.

Because sometimes, try as you might to hide the evidence, it’s out there for all to see. Last month, for example, a man in Maine whom cops found in his car in a ditch beat himself up over a drunk-driving citation they wanted to give him. Literally. The cops were about to give him a sobriety test, but he didn’t want to take it, so he took the next best option: He punched himself in the face. Three times! Thus proving conclusively that he was drunk.

He’d already been driving drunk, so it’s not as though he was making great decisions that day.

“That wasn’t even one of the options we gave him,” the arresting sergeant said later. He did have the option of simply refusing to take the test WITHOUT punching himself, as the whole point of the test was to prove that he WASN’T drunk, but he must have missed that during all the punching. All he heard was that they wanted to check his blood alcohol level, so he figured, “You can’t do that if I don’t have any blood!”

That’s how you beat the system.

Or maybe he figured that if he was injured, he wouldn’t have to take the test. My students figure that all the time.

We don’t have a nurse. We have a medical cabinet that is 90% band-aids and splints and 10% Tylenol that is mostly used by the teachers. The nurse shows up once or twice a year to check everyone for scoliosis during whatever period they’re supposed to be in my class.

I always ask, “Did you injure yourself on purpose to get out of this test?” This guy did.

His idea was that they’d be caught up in treating his injuries and maybe forget to give him the test until the alcohol was out of his system. But if he were smart (and/or sober), he would have just said that he had injuries from falling into the ditch, and they not only would have prioritized treating him, but, being unable to find the injuries themselves, they would have called an ambulance to deal with it. Then again, if he were smart and/or sober, he wouldn’t have ended up in this situation in the first place. So it’s a no-win scenario.

So let this be a lesson, by the way, especially with Purim coming up: Don’t drink and drive. You might end up in a ditch somewhere, punching yourself in the face.

Finally, we have the story of a man in Florida who wanted to steal an old lady’s purse but was faced with the conundrum of what do you do if you’re the type of non-violent, non-athletic criminal who wants to rob someone but doesn’t want to have to go through the whole process of running away from an old lady.

So he came up with the perfect solution: He decided to wait until she was in an elevator, and right before the door closed, he’d reach in, grab the purse, and hop off.

And he did that. He hopped onto the elevator, demanded her purse, and immediately turned around and walked into the doors. Because yes, the doors were closed. This was a really slow criminal.

So now he had to stand in the elevator with the woman, and either get off at the next stop or wait until whenever she got off and then take the elevator back down. And you thought your elevator conversations were awkward.

“What’s that smell? … That is way too much cologne.”