Columns Nutrition As Zero-Calorie Natural Sweeteners Such as Stevia Surge in Popularity, Here’s What You Need to Know
Nutrition 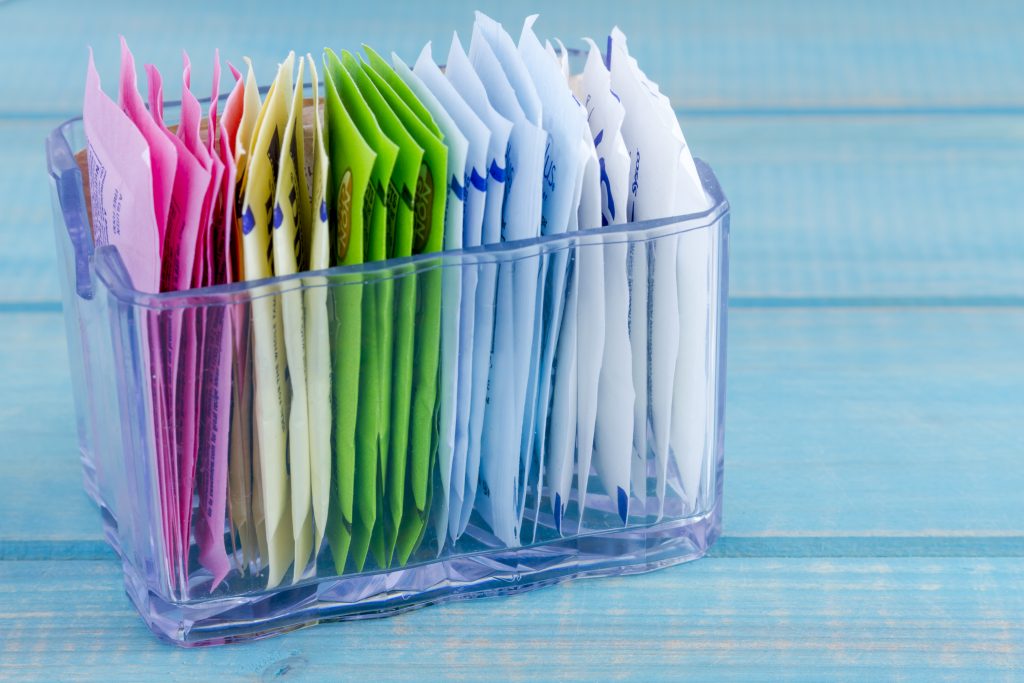 “Natural” reigns when it comes to food and beverage trends, and the low- and no-calorie sweetener category is no exception. Sales of stevia sweetener — led by Truvia Natural Sweetener — have eclipsed sales of artificial sweeteners including aspartame, sucralose and saccharin. Monk fruit is another popular non-nutritive natural sweetener.

It’s no wonder that natural ­sugar-free sweeteners are gaining favor. Americans are the top consumers of sugar in the world, with the average person taking in one-quarter of a cup of added sugars a day. Yet we’re well aware that overconsumption of sugary foods and beverages is associated with obesity, Type 2 diabetes, heart disease and fatty liver disease.

Consumers want to cut down on their sugar intake while still enjoying some sweetness. Artificial sweeteners once offered a solution, but their popularity has dwindled among concerns that they don’t help with weight management and could even cause weight gain, metabolic syndrome and high blood pressure with continual use.

Natural sweeteners have the health halo of being plant-based and appear to check all the right boxes. But are they as innocent as they seem?

Stevia leaves have been used as a sweetener since the 16th century, but the extract has only been approved for use as a food ingredient in the United States since 2008 and in Europe since 2011.

Stevia is 200 to 300 times as sweet as sugar, so you only need a small amount to sweeten foods and beverages. To give it more bulk so it can more easily be used to replace sugar, other sweeteners, carbohydrates and fibers are typically added to packets and bags of stevia you see in the grocery store.

One drawback is that some of the compounds in stevia, particularly steviosides, tend to have a bitter aftertaste. This is another reason other sweeteners are sometimes added.

Truvia is the top-selling stevia brand in the United States.

Monk fruit, also known as lo han guo, is a small melon from China. Monk fruit tastes different from sugar and can have an aftertaste. As with stevia extracts, monk fruit is often mixed with other sweeteners, starches and fibers to add bulk and improve the flavor.

Which Is Best for Your Health?

Stevia has been determined to be safe for use by the general population, including children. The Acceptable Daily Intake (ADI) has been set at four milligrams per kilogram of body weight. So, according to the Food and Drug Administration, if you weigh 150 pounds, you can have up to 273 milligrams of stevia — the equivalent of about 10 packets of stevia sweetener a day.

Research also shows stevia doesn’t raise blood sugar and doesn’t cause cavities the way sugars do. It may also help reduce insulin levels compared with artificial sweeteners: A study of 19 lean and 12 obese adults found that having stevia before a meal significantly lowered insulin levels after the meal compared with having aspartame, a sugar-free artificial sweetener.

There has been some concern that low-calorie sweeteners can make people hungrier because of anticipation of calories with sweet tastes. A study from Singapore found conflicting results.

Monk fruit sweetener contains little, if any, carbohydrates and zero sugar, so it doesn’t raise blood sugar levels. Monk fruit is generally recognized as safe by the FDA, but no ADI limit has been set. Overall, the research on monk fruit is too young to be able to say much about how it affects human health.

For both stevia and monk fruit, the million-dollar question is: Do they help people lose weight? So far, the evidence doesn’t support the idea that low-calorie sweeteners boost weight loss.

Some of the better ingredients to look for in your sweeteners include erythritol, inulin and cellulose. Some of the less desirable additions are dextrose, maltodextrin and lactose.

Stevia brands such as Stevia in the Raw and Pure Via, as well as several monk fruit sweetener companies, add dextrose or maltodextrin to their blends. These simple sugars are high on the glycemic index. The amounts are small enough that if you’re just having a packet or two there will be little effect on your blood sugar. However, the amount of carbohydrates could add up if you’re using a significant amount of these sweeteners.

Are stevia and monk fruit sweeteners better because they’re natural? The plant and the fruit are certainly natural, but the extracts in your sweeteners have been processed and refined to create something that can be added to food and used in place of sugar.

Low-calorie sweeteners should be used as a tool to help lower the added sugars in your diet. Even then, you should try to keep your use of them within reason to help your taste buds adapt to less sweetness over time.