Columns Nutrition You’ve Seen These Uncommon Fruits. Here’s What to Do With Them.
Nutrition 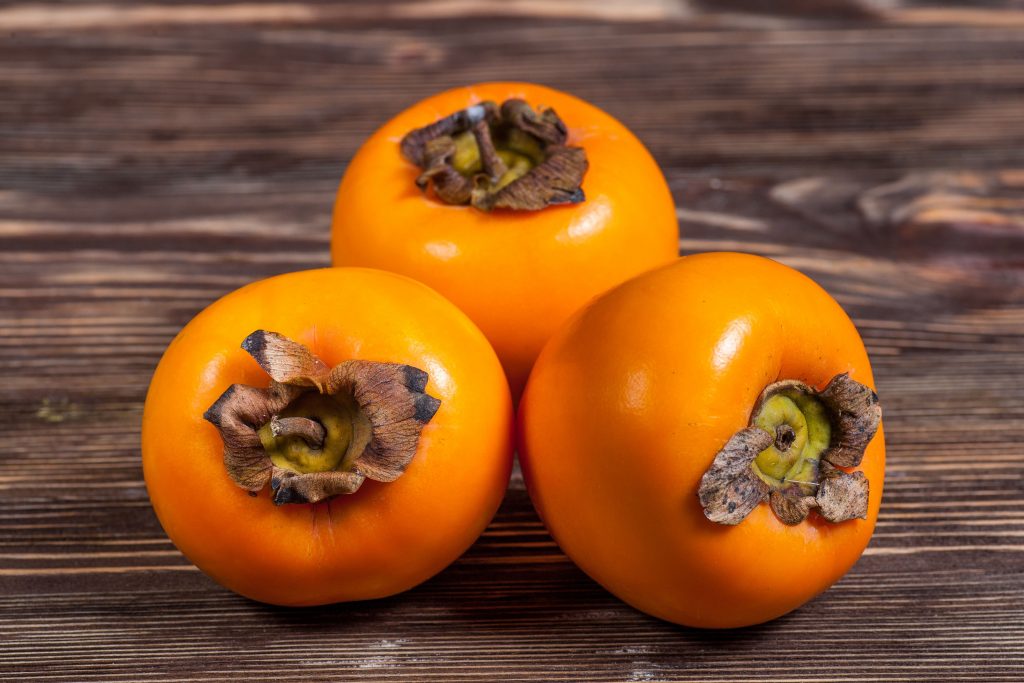 Grocery shopping with my children can be a game of dodgeball as I try to avoid the items they want to throw in the cart, but on a recent trip to the grocery store, my second-grader picked up a dragon fruit and asked me what it was. After I answered, she dove for a litchi, then a persimmon, then examined several other uncommon (to many Americans, anyway) fruits that seemed to be huddled together at the back of the produce section.

Instead of saying no to her, as I might have if sugary cereal or chocolate donuts were her ask, I bought several varieties of often-overlooked fruits and brought them home as an experiment.

Fun facts: The national fruit of Japan (though they originated in China), persimmons are in season from September through December. During the fall harvest, some people attempt to predict upcoming winter weather by peeking at the pattern inside persimmon seeds. If the pattern resembles a fork, it will be a mild season. A spoon suggests a snowy winter, and a knife indicates bitter cold and wind that will cut like a knife.

There are two types of persimmons: the hachiya, which is shaped like an acorn and is bitter before ripening, and the fuyu, which is sweet, round and usually seedless. Buy this latter variety and eat when it’s firm but not hard.

Ways to serve: Chop the crisp, sweet flesh to include in a lunch box, eat like an apple (peeling is optional), make a mozzarella- (or any kind of cheese) and-persimmon sandwich, top a bowl of ice cream, add to salads, mash into baby food once a baby is eight to 10 months old, add color to a cheese plate, bake in muffins, or make into a chutney.

Fun facts: These fruits, which originated in southern China, have a tough, bumpy skin that is easily peeled to reveal white flesh much like a peeled grape. Litchi fruits have one inedible seed. The trees are high-producing, with one Florida tree yielding a record-breaking 1,200 pounds of fruit in one year.

Nutrition: One half-cup of the fruit provides more than 100 percent of the daily recommended vitamin C, plus fiber, antioxidants, flavonoids, high levels of B vitamins, potassium and phosphorous. Litchi can be an allergen.

Ways to serve: Chop into a salad or use to flavor drinks such as iced tea.

Fun facts: When ripe, this spiked fruit, native to Africa, is bright orange on the outside. On the inside, it is slimy green, much like a kiwi — but with a taste more similar to a banana with a hint of cucumber. It appeals to kids because of its alien appearance.

To eat, cut it in half and scoop out the middle. The seeds are edible like cucumber seeds, as is the skin. Do not refrigerate.

Nutrition: A cup of kiwano melon has almost as much protein as one tablespoon of peanut butter, plus vitamin C, iron, potassium and lesser amounts of phosphorous, zinc, magnesium, calcium and copper.

Ways to serve: Toss on salads, or blend and add to smoothies, salad dressings and drinks.

Fun facts: Dragon fruit, believed to be native to Central America, are technically part of the cactus species, yet look like a smaller, softer, pinker pineapple. They are mildly sweet, described by my daughter as a mix of a kiwi and watermelon. They’re ripe when firm but not hard. The pink-fleshed fruits tend to be higher in nutrients and a bit sweeter than the white-fleshed ones. Pitaya trees produce fruit multiple times a year, yet the flower blooms just once a year, and only at night, so it is quite a spectacle.

Ways to serve: Slice lengthwise, then quarter, and peel off and discard the skin. You can eat the black seeds along with the flesh. Chill it, then chop into cubes or shape with a melon baller for a fruit salad. Frozen dragon fruit pieces for smoothies are found in many grocery stores.

Fun facts: When cut crosswise, this fruit looks like a star, hence its name. Star fruit, which is native to parts of Southeast Asia, tastes similar to a grape. The larger varieties tend to be sweeter, and the entire fruit is edible, skin and all. Star fruit are ripe when they are vibrant yellow; if brown spots appear, pop the fruit in the refrigerator. The few seeds are edible or can be discarded.

Nutrition: One star fruit provides 76 percent of the recommended daily vitamin C, in addition to fiber, potassium, copper and B vitamins.

Ways to serve: Slice star fruit for a snack or add to a lunch box, blend into smoothies, chop for chutney or salsa, add color and interest to a fruit salad, or give sweetness and appeal to leafy green salads.