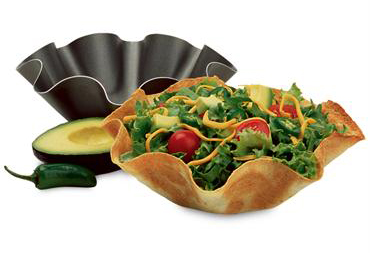 If you haven’t yet gotten “wrapped up” in the wrap culinary trend, it’s not too late.

A thin, circular, wheat-based food, wraps are used to hold a variety of fillings from fish, poultry and meat to vegetables and cheese. They are indicative of today’s fusion cuisine — combining flavors and methods of different countries to create new and interesting meals. Think about tacos and burritos or egg rolls and spring rolls; all feature a thin flatbread holding vegetables and other components. Think of it as a pita used like a blintz. Wraps are much thinner than pitas and cannot be cut open through the thickness so the food is rolled inside, blintz-style. Sometimes called a tortilla, or soft flatbread, the wrap can fulfill a multitude of uses from salad dish to an entire dinner.

A wrap may serve as a low-carbohydrate alternative to sandwiches made with white bread, whole-wheat bread, or rolls. Wraps have recently become popular with both meat and dairy restaurants. Sometimes the wraps are flavored, such as herb or tomato. The flavorings also add color to the wrap, making them interesting to look at on your table as well. Fillings and toppings can run the gamut from simple vegetable combinations to exotic flavors and ingredients. Wraps can be eaten straight out of the package or baked as directed in a recipe. They are fine hot or room temperature and can even be frozen.

The simplest use for wraps is as a dish to serve salad. The wrap is baked for a few minutes in a specially designed, fluted tortilla pan. It dries and crisps in the oven. Once cool, remove it from the pan and serve your favorite salad in it. The pans are available in different sizes and are appropriate for either large leafy salads or smaller Israeli-type diced salads. The baked wraps can even be used to hold stir-fried vegetables as an attractive side dish. The best part is you get to eat the plate.

The more common use for wraps is in place of bread as New Age sandwiches. While this type of meal is fairly new to us, people in Central America have been eating meat and chicken wrapped in tortillas for centuries.

We like the idea of wraps for easy summertime dinners. Your whole meal can be put together in a wrap for an attractive and quick supper. Try one of our recipes on your family tonight. 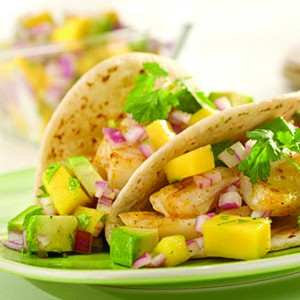 Serve these tuna melts with salad for a nutritious, easy supper. 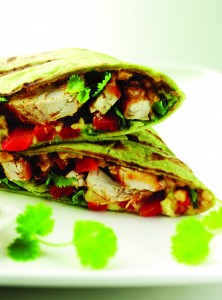 In a nonstick skillet, heat 2 teaspoons oil over medium-high heat. Cook chicken mixture, stirring occasionally, for 8–10 minutes, or until peppers are tender-crisp and chicken is no longer pink. 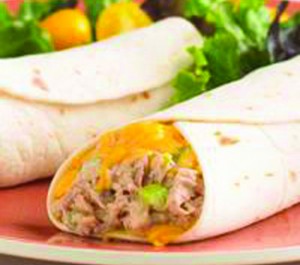 Mix hummus with lemon juice, garlic, salt and pepper. Divide hummus among the wraps and spread generously. Layer the turkey, tomatoes, onions and spinach on hummus. Roll up wraps and serve.

If you are ready to try something more exotic, the next recipe is for you. The Asian flavors of mango and avocado may sound unusual, but they go well together in this dish.

Heat oil in a medium skillet until very hot. Add jalapeños and fishcook, stirring occasionally, until fish is just cooked through, 4-5 minutes. Spoon onto wraps and fold wraps over filling. Serve with mango salsa and lemon wedges.