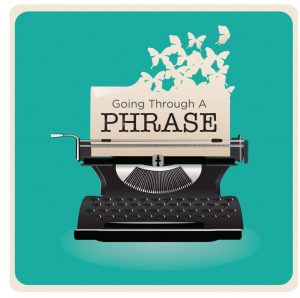 Where do you turn when you need to know something?

(All pious answers of “my Rabbi” or “the Talmud” will no doubt be smiled upon in Heaven, but holy answers are wholly out of the scope of this discussion. And if you said “Google,” join the club. I’m starting a chapter of Searchaholics Anonymous. The first step of the 12-Step program is to read Nicholas Carr’s essay in The Atlantic: “Is Google Making Us Stupid? What the Internet is Doing to Our Brains.”)

If you said an encyclopedia, you’re getting warmer. My choice would be a dictionary. What’s the difference? Both distill knowledge. Jack Lynch, lexicographer disguised as a mild-mannered English professor, defined the difference (in the sense of definition meaning distinguishing between two objects): “Entries in encyclopedias tend to be longer than those in dictionaries, and encyclopedias usually cover just nouns, while dictionaries cover all the parts of speech” (You Can Look it Up).

Then he added, “As soon as we establish those rules, though, reality intrudes.”

There is a lot of overlap. Encyclopedia entries give definitions and unabridged dictionaries list such nonlexical information as the names of the 26th president (Theodore Roosevelt) and Pocahontas’ father (Wahunsenaca, aka, Chief Powhatan).

During the interwar period, the halls of academe veered away from the classical model. Instead of Greek and Latin, the focus was on science. Even language got scientific rather than literary analysis. But at the same time that academia became specialized, there was a push for knowledge for the middlebrow masses.

Skinner wrote, “While colleges and universities recognized that specialization had placed increasing amounts of knowledge far beyond the grasp of laymen, the dictionary business continued to operate on the assumption that it was possible to distill all that was worth knowing.”

It was an intoxicating distillate. Long before W2, Mark Twain wrote:

“Oh, that worthless, worthless book, that timid book, that shifty book, that uncertain book, that time-serving book, that exasperating book, that unspeakable book, the Unlimited Dictionary! That book with but one object in life: to get in more and shadings of the words than its competitors. With the result that nearly every time it gets done shading a good old useful word it means everything general and nothing in particular.”

In 1961, Merriam-Webster upended the venerable W2. Dr. Philip Gove, a former navy lieutenant, took a hard-boiled approach to lexicography. W3 threw all the extralexical baggage overboard and stuck to definitions.

Ben Zimmer, linguist and wordmeister, wrote in the Boston Globe that “Gove had set down a rule that all definitions be written as one-phrase statements, carefully organized according to principles of analytic logic. The single statement consists of a broad category … followed by a series of distinguishing features — all presented with minimal punctuation.”

The results ran from definitions that were “models of clarity and precision” to such lexilunacy as a 72-word definition of door. And Heaven help you if the door opened to a hotel. That got a definition of 91 words.

Gove’s W3 also opened the door to citations from popular culture sources the editors of W2 considered beneath them — even vulgar.

But perhaps the most unforgivable (to some) tradition-breaking sin of W3 was its permissiveness. No longer was the word ain’t tagged “Dialectical or Illiterate.” It achieved acceptance. The reaction was a storm of fury in the press and even an attempt at a hostile takeover by American Heritage.

So, ain’t be in the dictionary. But if you want to go originalist, follow Bryan Garner’s ruling (Garner’s Modern English Usage): “Yes, ain’t is used by cultivated speakers, but almost always for either of two reasons: (1) to be tongue-in-cheek; and (2) to flaunt their reverse snobbery. For most people, it remains an emblem of poor usage — a nonword. All in all, the 1934 tag has either remained accurate or been bolstered.”

The verdict? Don’t use ain’t with a straight face.

William Safire playfully played both ends: “Editing ain’t easy. (Shouldn’t that be isn’t? No. The style of this column is breezily pedantic. …)”

Garner quotes a 1962 cartoon from The New Yorker: “A man stands in the reception area of G. & C. Merriam Dictionary Division, as the receptionist says to him, ‘Sorry. Dr. Gove ain’t in.’”

Could Twain have foreseen the saga of W2 and W3, he may not have said, “I have studied the dictionary often, but I never could discover the plot.”