Woe of the Year 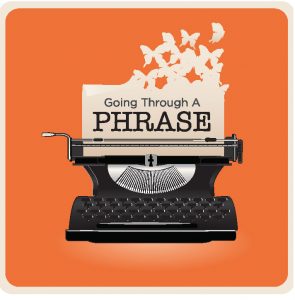 There’s a pernicious rumor going around that Chicken Little was wrong.

However, unlike our little feathered friend, I didn’t run with Henny Penny and Ducky Lucky to tell the king that the sky was falling.

I ran for cover.

You may have noticed that I’ve been studiously avoiding writing about the Word of the Year, which has devolved into Woe of the Year.

I don’t remember who jumped into the ring first, but Dictionary.com decided that “The rampant spread of misinformation poses new challenges for navigating life in 2018.” They chose “misinformation” — which they define as “false information that is spread, regardless of whether there is intent to mislead.” They hastened to add that it is not to be confused with “disinformation.” That means “deliberately misleading or biased information; manipulated narrative or facts; propaganda.”

Former Israeli Prime Minister Arik Sharon got an object lesson in that distinction in 1984, when he won a libel suit against Time magazine for falsely accusing him of guilt in the Phalangist militia slaughter of the Sabra and Shatilla refugee camps in West Beirut.

Sharon was exonerated, but he didn’t get a cent for damages from Time because, under the Sullivan Law (New York Times Co. v. Sullivan, 1964), he lacked sufficient evidence to prove actual malice.

If misinformation wasn’t enough to pollute the atmosphere, Oxford Dictionaries tossed a smoke bomb into the room with their poisonous word of the year: “toxic.” Feh!

Oxford deemed toxic as “a word or expression that is judged to reflect the ethos, mood, or preoccupations of the passing year,” presumably based on a 45 percent spike in lookups of the word. Makes me wonder about their definition of “passing year.” 2018, RIP.

Under the radar of most WOTY coverage was my favorite: Cambridge Dictionary’s choice of “‘nomophobia’: fear or worry at the idea of being without your mobile phone or unable to use it.” It’s a panic.

Merriam-Webster, in their never-ending battle for truth, announced “justice” as their word of the year. They pointed to lookups of 74 percent over 2017. Their citation of certain ongoing investigations and court appointments lead me to harbor suspicion of a political agenda, but maybe that’s just me.

Ben Zimmer, in his Wall St. Journal language column, judged justice to be a judicious choice. He pointed out, quoting M-W’s editor at large, Peter Sokolowski, that in English, justice has come to mean more than just “fairness” or “law.” It has “turned fairness into a system.” And “Within that system came expectations that ‘justice’ would maintain a righteous ideal, as the word’s Latin root implied all along.”

Thus, Zimmer reasoned, “‘Justice’ is also something we ‘seek’ or ‘get’ as a deserved outcome. It can come in different flavors, like ‘poetic justice.’”

In the spirit of full disclosure, Zimmer added that he oversees the selection of the word of the year in “the granddaddy of ‘WOTY’ selections … conducted by the American Dialect Society [ADS], which has been anointing a word every year since 1990.”

I just joined ADS, hoping for my vote to head off another calamity like their 2016 word of the year: “dumpster fire,” or last year’s “fake news.” But I don’t live in Florida, so one vote wasn’t enough to change the election.

This year’s ADS selection for word of the year was “tender-age shelter.” In case we don’t get it, they explained “The term, which has been used in a euphemistic fashion for the government-run detention centers that have housed the children of asylum seekers at the U.S./Mexico border, was selected as best representing the public discourse and preoccupations of the past year.”

Still, I won’t go along with the iconoclast in the room, Alex Beam, who bashed the whole WOTY ritual in the Boston Globe as “crypto-journalism” and “content-free, space-filling pabulum.”

Like the old song says, I could use a little good news. I’m all for reporting county fairs, or major stories like when 19-year-old Chris Felix, in Brooklyn Park (love that name), Minnesota, jumped out of his car and performed CPR on a squirrel after he thought he hit the critter.

I’m for Norman Cousins, who told an interviewer, “I’d much rather take my chances with hope than with despair.” The Good News Network (no, I didn’t make that up) quoted Cousins, “If news is not really news unless it is bad news, it may be difficult to claim we are an informed nation.”

So I won’t follow Chicken Little. As Thoreau wrote, “The chickens, which had also taken shelter here from the rain, stalked about the room like members of the family, too humanized methought to roast well.” Rather, I’ll follow Thoreau’s advice and “Take shelter under the cloud, while [farmers] flee to carts and sheds.”