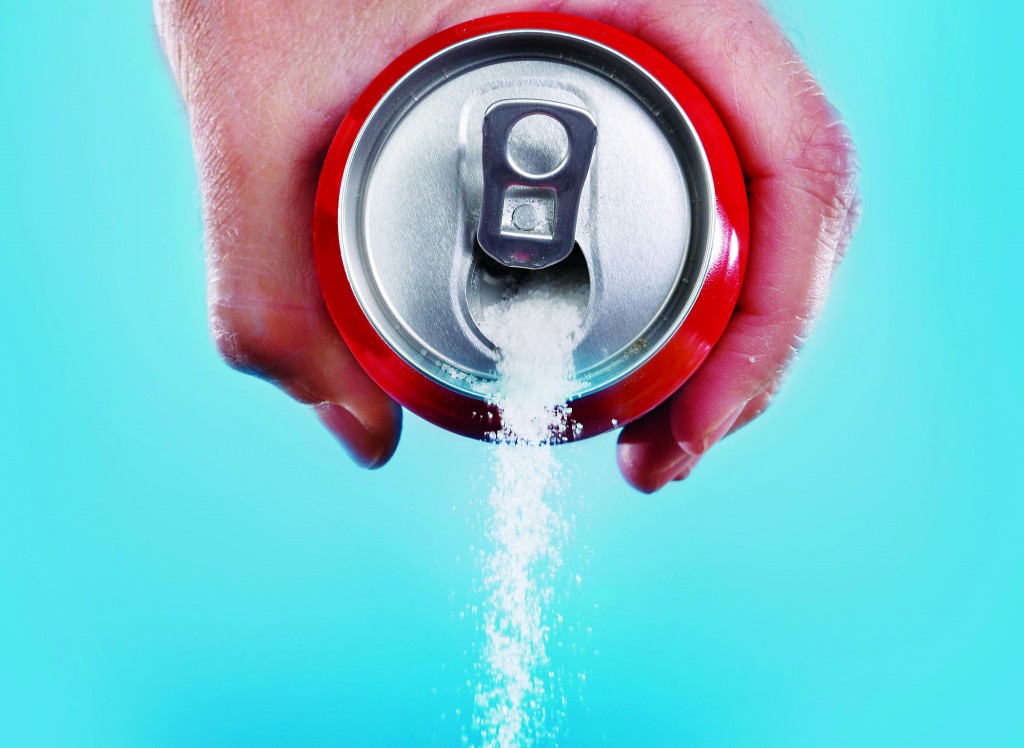 By now you’ve gotten the memo that cutting back on sugar is one of the best things you can do for your health. It’s something even the most ardently opposed diet gurus agree on, and it was one of the big take-home messages in the new Dietary Guidelines for Americans released in January.

Beyond adding empty calories and spiking blood glucose, which can contribute to weight gain and the many associated health issues, eating sugar dramatically increases your risk of dying from a heart attack. A major study published in JAMA Internal Medicine in 2014 found that people who ate close to 20 percent of their daily calories from added sugar had a whopping 38 percent higher risk of dying from heart disease than those who ate half as much. (To be clear, I am talking about added, refined sugar here — the concentrated sweetener put into foods, as opposed to the sugars inherent in whole fruits and dairy. Because those foods are naturally “packaged” with water, fiber and other nutrients, they do not have the same negative effect on your health. In fact, most of us should be eating more of them.)

Okay already. You are convinced that you need to cut back on added sweeteners; you may have even made it your New Year’s resolution. But if you have discovered that sugar has an unexpected hold on you and you can’t seem to resist it, you are not alone, and it is not necessarily about a lack of willpower. The game is rigged in sugar’s favor for three main reasons: We are born to like it, it is everywhere, and it is addictive.

Humans have an inborn preference for sweet. We taste sugar and our pleasure sensors fire like crazy. Before there were cars and washing machines, when much more energy was needed, that genetic predisposition helped them survive, as sweet foods provided a valuable source of energy and were less likely to be poisonous than bitter foods. Concentrated sources of sugar, such as wild honey, were a rare find and tough to get (and it meant facing a hive full of bees).

Now, sugar is everywhere, and Americans are downing a lot of it, on average 270 calories worth —nearly 17 teaspoons — daily. It’s in the obvious places such as candy, cookies and soda, but it’s also in cereal, yogurt, bread, crackers, dressings, condiments and prepared meals. Our ancestors might find it odd that now we have to hunt to find a packaged food that doesn’t have added sugar.

You’d have to be a sleuth to uncover added sugars on food labels; they are not listed separately but lumped together with sugar inherent in food, so plain milk and fruit unfairly seem “sugary.” (Listing added sugars separately is a proposed change for the upcoming revision of the nutrition facts label.)

And sugar has many guises, among them agave syrup, brown sugar, cane sugar, corn syrup, evaporated cane juice, fructose, fruit juice concentrate, glucose, high-fructose corn syrup, honey, malt syrup, maple syrup, molasses, raw sugar, sucrose, syrup and more. Although some of these may be less processed than others and offer a modicum of antioxidants and minerals, they all count as added sweeteners.

On top of that, more and more research reveals that sugar is addictive, not just in the loose, vernacular sense. Several animal studies show that sugar stimulates the brain and causes dependence and withdrawal the same way other addictions do. A new study from Duke University published in the journal Neuron showed that mice who had formed a sugar habit had marked changes in the part of their brain that controls compulsive behavior such as substance addictions.

A study published in PLoS One in 2007 demonstrated that rats addicted to illegal subsances preferred intensely sweetened water to the illegal substance when given the option, and another published in 2015 showed that processed foods, including those that have a high glycemic load (quickly releasing sugar into your bloodstream) are linked with addictive-like eating behaviors.

This doesn’t mean you have to shun sugar altogether or that bringing cupcakes to school for your child’s birthday is akin to giving illegal substances to a bunch of fourth-graders. But it does reveal the depth of the struggle many people have with sugar and offers insight into how to manage it. It may be helpful to think of sugar as we do alcohol: Most people can enjoy it in moderation without harm, but it could be a danger when overdone or to those with addictive tendencies. With that in mind, here are several strategies for getting the upper hand on the sweet stuff:

Be a teetotaler (almost): Like alcohol, which is addictive but can be consumed healthfully in moderation, sugar doesn’t have to be an all-or-nothing proposition. But because it is easy to go overboard, keep careful tabs on how much you are getting and aim for no more than 10 teaspoons (40 grams) a day. Stick to minimally processed whole foods. Cooking more at home will make it much easier to keep track. When buying packaged foods, read the label carefully to account for all forms of added sugar.

Use sugar strategically: Use your 10-teaspoon sugar budget to make healthy foods tastier and more appealing, such as adding maple syrup to your oatmeal, or honey to plain yogurt or tart fruits. Buy plain, unsweetened foods and add sweetener in minimum amounts yourself so you are in control of it. Chances are you will add a lot less than the manufacturer. You can blow your daily sugar allowance on one 12-ounce soda, sweet tea, lemonade or energy drink, so skip those in favor of water, enhanced with a splash of fruit juice if you want more flavor. Happily, taking this approach also ensures you will have room for a cookie or scoop of ice cream now and then so you won’t feel deprived.

Satisfy your sweet tooth healthfully: If you have a hankering for something sweet, don’t head straight for the jelly beans. Go for fresh or dried fruit instead. Try slicing apples or pears and sprinkling them with cinnamon to enhance their sweetness, or drizzle a bit of honey over some fresh berries. You might be surprised to find how well fruit, lightly sweetened or not, hits the spot.

Reward yourself: Behavioral techniques that help with other addictions, such as smoking, might also help you cut back on sugar. Create a reward system that incentivizes eating less of it. One idea is putting the money you save from not buying pastries or soda into a jar and treating yourself to something special at the end of the week.

Get extra help if needed: If you are using sugar and/or other food to self-medicate and it has become a destructive force in your life, seek the help of a mental health professional, just as you would with any other type of addiction. Also consider Overeaters Anonymous, which employs the same type of 12-step recovery program as Alcoholics Anonymous.