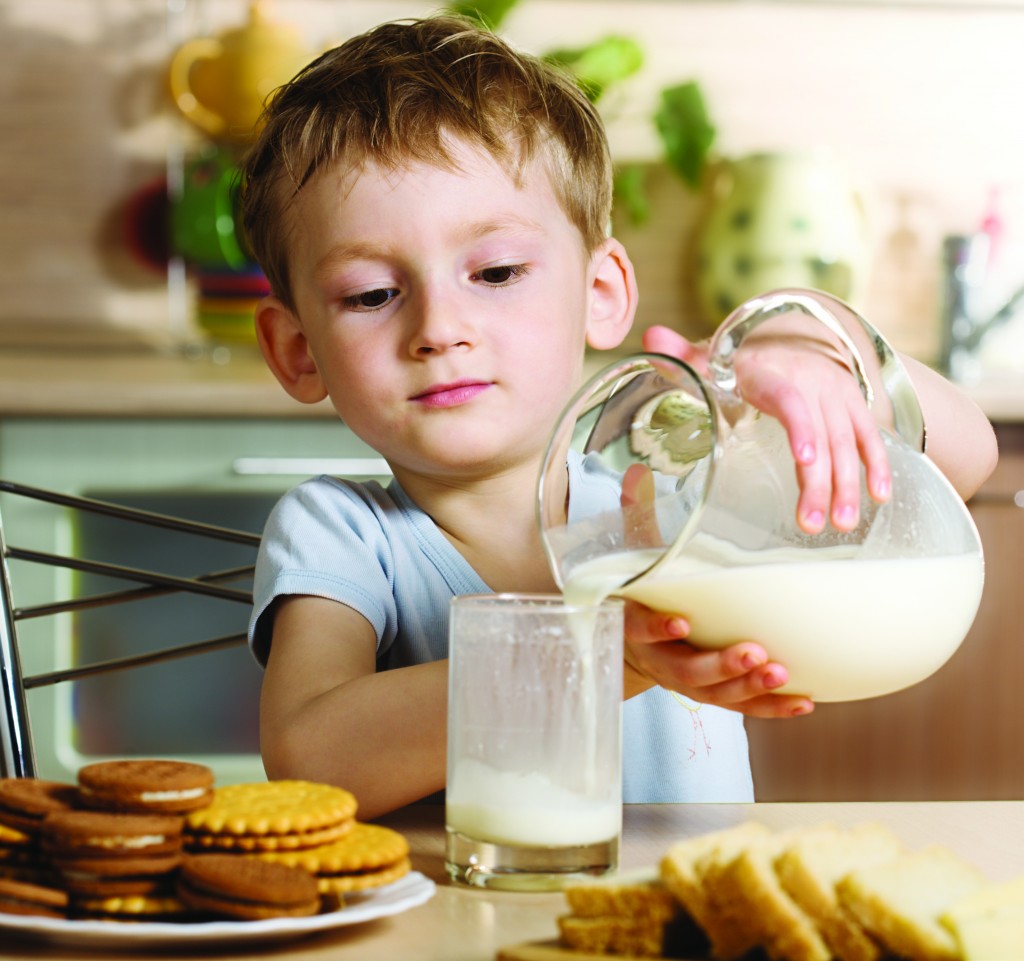 Much of the recent debate over serving milk to children has concerned flavored milk: Should it be distributed in schools? Or should the only milk children receive be the unflavored, reduced-fat variety?

Two Harvard scientists known for questioning conventional wisdom are challenging the idea of making lower-fat milk the only milk option available to children.

They note that guidelines from the U.S. Department of Agriculture and many health organizations recommend limiting the consumption of beverages that contain calories — such as soda and juice — “except reduced-fat milk, of which people in most age groups are encouraged to consume three cups daily.”

They suggest that until there are additional studies, guidelines for milk consumption should designate a range of perhaps zero to three cups, avoid recommending low-fat over whole milk and focus on limiting consumption of flavored milks.

One problem, they say, is that there have been few randomized trials of the effects on weight gain of reduced-fat milk compared with whole milk and that current guidelines presume lower-fat milks will decrease total calorie intake.

But studies show that a “primary focus on reducing fat intake does not facilitate weight loss compared with other dietary strategies,” they wrote in JAMA Pediatrics.

That might seem counterintuitive at first. But the scientists explain with an example. What if a child who usually eats two 60-calorie cookies and drinks a cup of whole milk for a snack instead drinks skim milk? A cup of whole milk has around 150 calories, a cup of skim about 90. But if that child feels less full by consuming less fat and to compensate eats another cookie, Willett and Ludwig say, “this substitution of refined starch and sugar for fat might actually cause weight gain.”

The scientists said there’s evidence that high-glycemic-index carbohydrates — such as refined grains, sugary beverages and desserts such as the cookies — are associated with weight gain while whole milk is not.

Much of the public conversation about milk, particularly in schools, has come in light of high rates of childhood obesity and efforts to improve the nutritional profiles of cafeteria foods. The debate over flavored milk often centers on the idea that kids don’t like low-fat milks but will drink them if they’re flavored with chocolate. But children generally like the taste of whole milk, which rarely is served in schools.

One reason is that whole milk contains saturated fat, which raises what’s called “bad” cholesterol, a risk factor for heart disease. But Willett and Ludwig say the picture is more complicated when compared with refined carbohydrates.

In an email, Ludwig said 2 percent milk is “probably a reasonable compromise” between whole milk and 1 percent or nonfat.

“The issue is not to focus single-mindedly on fat reduction, and then condone lots of added sugars, as in chocolate milk,” he wrote. “The bottom line is that reducing fat has not proven to be an effective approach to obesity, whereas there is very good evidence for the adverse effects of added sugars,” especially for children.