Columns Nutrition What Is Intuitive Eating, and How Do You Do It?
Nutrition 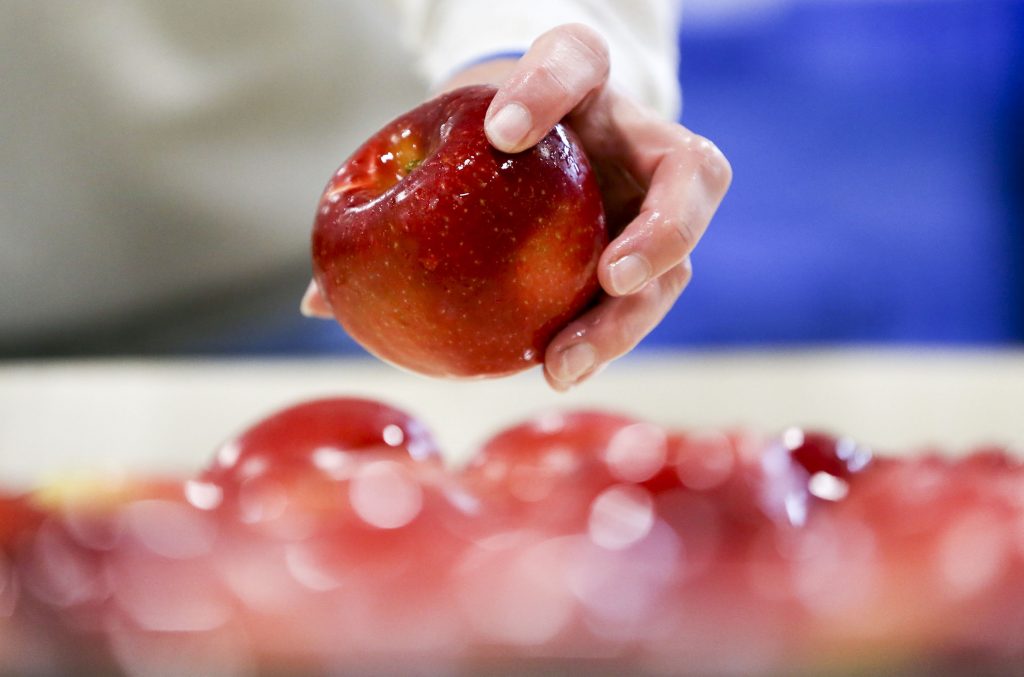 The term “intuitive eating,” coined in 1995 by California dietitians Evelyn Tribole and Elyse Resch, refers to the process of using internal cues rather than external rules to guide decisions about what, when and how much to eat.

It sounds simple, but for many people eager to get off the diet roller-coaster, their efforts to eat intuitively can falter when they realize it’s not as simple — as intuitive — as it appears. They wonder if they consider a food appealing — or unappealing — because of their true food preferences or because they’ve labeled that food as “good” or “bad” for years.

If you’re in that situation, here’s how to navigate the gray areas and stumbling blocks and make intuitive eating work.

Intuitive eating’s growing popularity can be seen in the recent explosion of information about it but not all of that information is accurate. New York dietitian Christy Harrison, author of the forthcoming book Anti-Diet, said discussion of intuitive eating in popular culture tends to boil down to the concept of eating when you’re hungry, stopping when you’re full and avoiding emotional eating.

But as Tribole points out, “honor your hunger” and “feel your fullness” are only two of the 10 intuitive-eating principles she and Resch created for their 1995 book, Intuitive Eating: A Revolutionary Program That Works. “You can’t cherry-pick the principles,” she says.

The other principles are “make peace with food,” “challenge the food police,” “discover the satisfaction factor,” “cope with emotions without using food,” “respect your body,” “exercise — feel the difference,” “honor your health with gentle nutrition,” and notably the first principle is “reject the diet mentality.”

Harrison said rejecting the diet mentality is more significant than simply ceasing to diet. “It’s about changing your mind-set and recognizing, then stepping away from, the internalized beliefs that come from diet culture,” she said.

Be Open to Feeling a Little Chaotic at First

One common fear people have when they start to explore intuitive eating is that if they allow themselves to eat formerly off-limit foods, they’ll never be able to stop. Tribole said this is understandable. “When someone fears that they’re never going to stop eating their favorite food, it’s probably because they’ve been deprived of it for so long,” she said. “If you come to intuitive eating really hungry, it’s easy to be afraid that you’re never going to stop eating.”

Harrison said the radical desire to eat, say, cookies, will eventually lessen, even though the pendulum swing from restriction to freedom is going to feel wild and chaotic at first. “It’s worth a few months, or however long it takes, of feeling a little chaotic if you want to have a balanced relationship with food that’s going to last decades,” she said.

After years of dieting, it can be hard to tune back into the body’s signals, Harrison said. Intuitive eating’s “unconditional permission to eat is a gentle way back into that,” she said.

One of the intuitive-eating principles is “honor your health with gentle nutrition,” but once people start practicing intuitive eating, they often worry that they’re doing it wrong, or that “diet mind” is creeping back in when they want broccoli, salmon and quinoa instead of a hamburger and fries.

Other clues are the presence of guilt or fear. Harrison said. She points out that choosing the broccoli can be an act of self-care. “Maybe you’ve noticed that when you include a few servings of vegetables, you feel more energetic and your digestion works better. A truly peaceful relationship with food is about self-care, not self-control.”

Tribole said that although there are 10 intuitive-eating principles, they are not absolute rules. “There’s no such thing as pass or fail; there’s learning and discovering,” she said. “So, you overate at lunch. Let’s see what happens. Maybe you don’t feel hungry for an afternoon snack; maybe you aren’t as hungry at dinner. Ultimately, it’s not satisfying to undereat, and it’s usually not satisfying to overeat, but you get to decide.”

Ultimately, said Tribole, “it’s about putting the pleasure back in food and about healing your relationship with food, mind and body so you can live your best life.”