Columns Nutrition What Date Labels on Food Can, and Can’t, Tell You
Nutrition 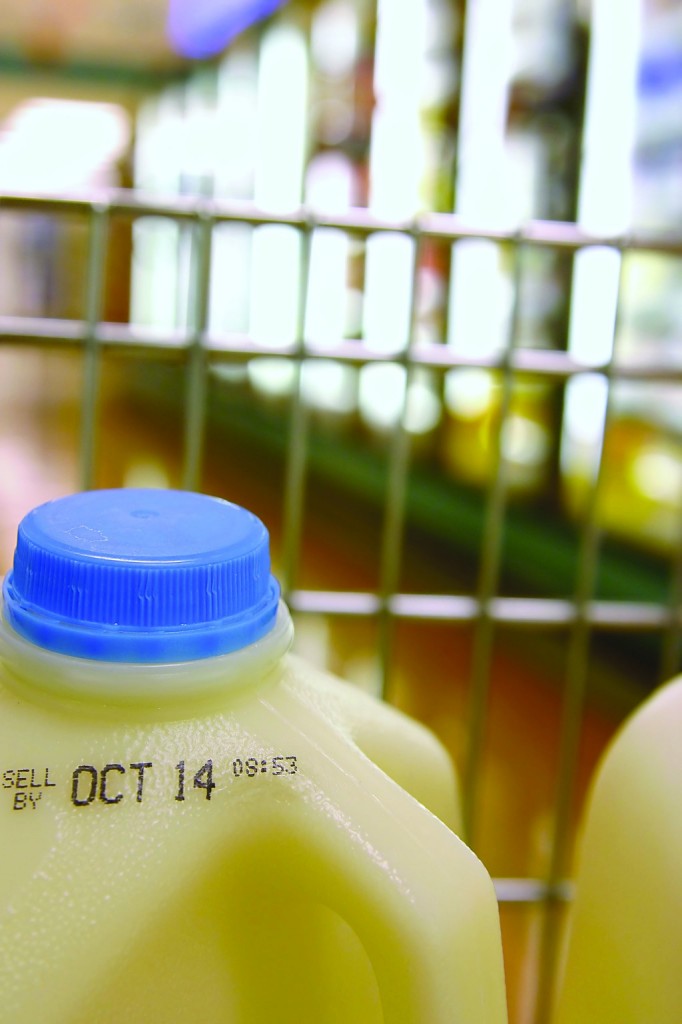 Ted Labuza ate sour cream two weeks past its due date. And lived to tell the tale.

Dana Gunders went to the market and found fat-free milk in quarts that had no date label; the half-gallons had a “sell by” date. A container from a different brand had a “best by” date.

Even though nearly all consumers make some decisions about what to throw away based on those stamped dates, they cannot rely on them, said Gunders, food and agriculture staff scientist at the Natural Resources Defense Council.

She is the coauthor of a report issued by the NRDC and the Harvard Food Law and Policy Clinic calling for changes to make the dates more useful. Currently, those dates are manufacturers’ suggestions for when an item is at its peak or are efforts to help stores manage their inventory — not indications of food safety, the report says.

Here’s what those labels mean, according to the report:

“Best by” or “best if used by”: The manufacturer’s estimate of when the food will no longer be at highest quality.

“Use by”: An estimate of the last date it’s at peak quality.

“Sell by”: The manufacturer’s suggested date to the grocer to no longer sell a product, based on the idea that it will still be good quality for a “reasonable” time if purchased on that date.

Still, more than 90 percent of Americans say they use those dates to decide whether to discard food, leading to tons of wasted food each year, the report notes.

“I don’t know of any data that consuming a product beyond the date has caused illness,” said Labuza, a professor of food science and engineering at the University of Minnesota who has studied shelf life for decades.

His sour cream was OK because he keeps his refrigerator at 34 degrees. He recommends consumers let theirs go no higher than 40 degrees — and get a thermometer to make sure.

Even at that temperature, listeria can grow, he cautioned. But that is not related to those stamped dates. When food spoils, it might smell rotten, be slimy or soft or change color. Those are signs that food should be discarded, Labuza said at a news conference.

In addition, food that is improperly handled, at any point from field or factory to table, can become a danger for illness, he said.

The NRDC report calls for revamping the labels so that it’s clear what any dates mean.

“We need a standardized, common-sense date labeling system that actually provides useful information to consumers rather than the unreliable, inconsistent and piecemeal system we have today,” said Emily Broad Leib, lead author of the report and director of the Harvard clinic.

An official at the Food Marketing Institute agreed that changes are needed and said the industry is already at work on a better system.