Columns Nutrition From Watermelon to Pemmican to Smoked Trout: Nutrition Qs & As
Nutrition 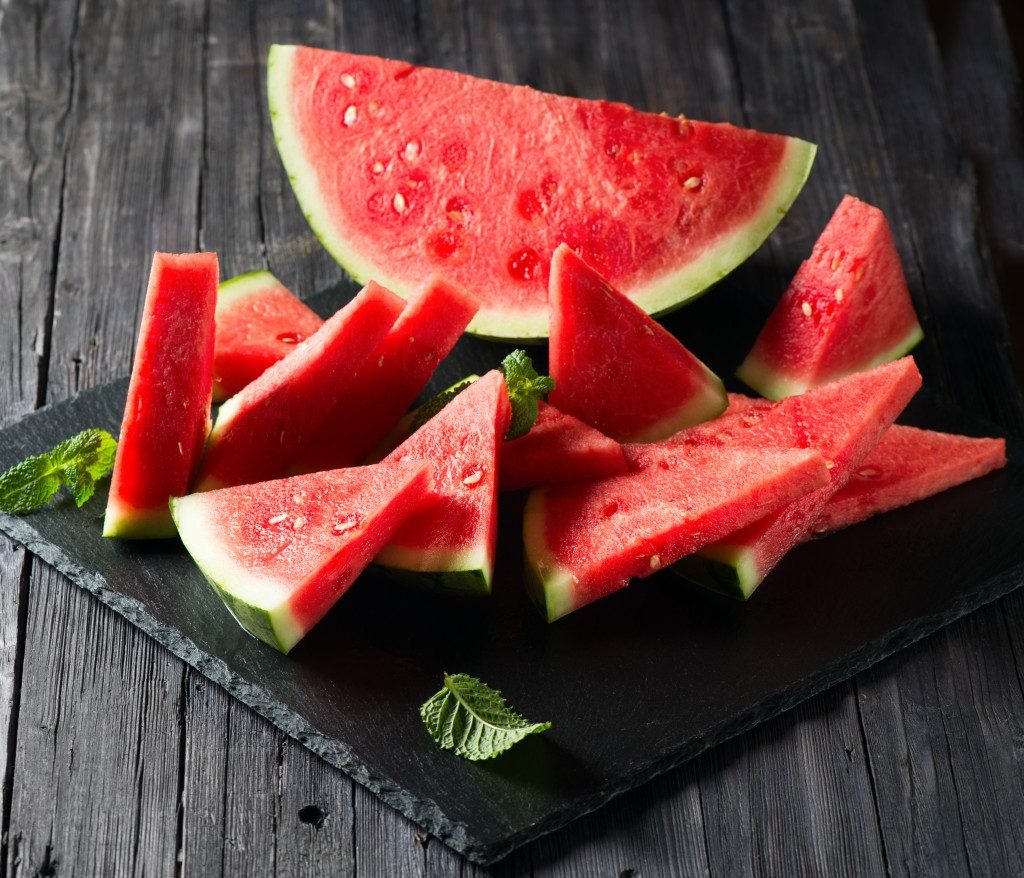 In response to a recent article on watermelon, Donald from Jefferson City, Missouri, writes: “Interesting you did not mention how many grams of sugar is in 1 cup watermelon per diabetic requirements and also how quickly it spikes blood sugars in diabetics. So many recipes state fat and calories but few tell us sugar grams.”

There are just fewer than 10 grams of natural sugar (a carbohydrate) in one cup of diced watermelon. By comparison, one cup of orange sections provides about 21 grams of sugar. For people with diabetes, a reasonable serving of fruit contains about 15 grams of carbohydrate, or fruit sugar. Fructose is the primary sugar in fruit. And since sugar is a carbohydrate, you can often find sugar grams listed as part of a food’s total carbohydrate content.

One way to determine how quickly a sugar-containing food will spike blood sugar is to see how much dietary fiber it contains. (Fiber is a carbohydrate the body does not digest.) Carbohydrate foods that contain dietary fiber — such as whole fruit and vegetables — generally cause slower and lower rises in blood sugars than carbs that are devoid of dietary fiber. Along with a reasonable amount of sugar, one cup of watermelon has a small dose — about 1 gram — of dietary fiber.

And from Ginny, another reader: “Hi Barbara, I am curious about the dried buffalo meat and choke cherries you mentioned in your article ‘Traditional Nutrition.’ It sounds a lot like pemmican to me. Is that what Joe was describing to you?

Here’s what Joe Donnell of the Lakota Sioux tribe responded. He is the founder of Warriors’ Circle whom I interviewed recently.

“It’s similar. The Lakota would dry the smashed choke cherry and then mix it in balls of dried buffalo meat. I think other tribes may call it pemikin.”

According to Wikipedia, pemmican (from the native Cree word “pimihkan”) was a convenient high-energy mixture of meat and fruit that native cultures could subsist on for long journeys when food was scarce. It was traditionally made from the lean meat of wild game such as bison, deer, elk or moose, mixed with various types of berries.

This food was later adopted by European fur traders and explorers as a way to survive when fresh game and other food sources ran low. Pemmican continues to be a traditional dish in some parts of North America, including Canada.

Susan from Salinas asks: “Does smoked trout belong in the category of ‘processed meats’ we are told to avoid?”

Technically, any product that has been changed from its fresh state, including fish, is processed. That includes smoked, salted or cured meat, poultry and fish.

Barbara Quinn is a registered dietitian and certified diabetes educator affiliated with Community Hospital of the Monterey Peninsula. She can be emailed at barbara@quinnessentialnutrition.com.