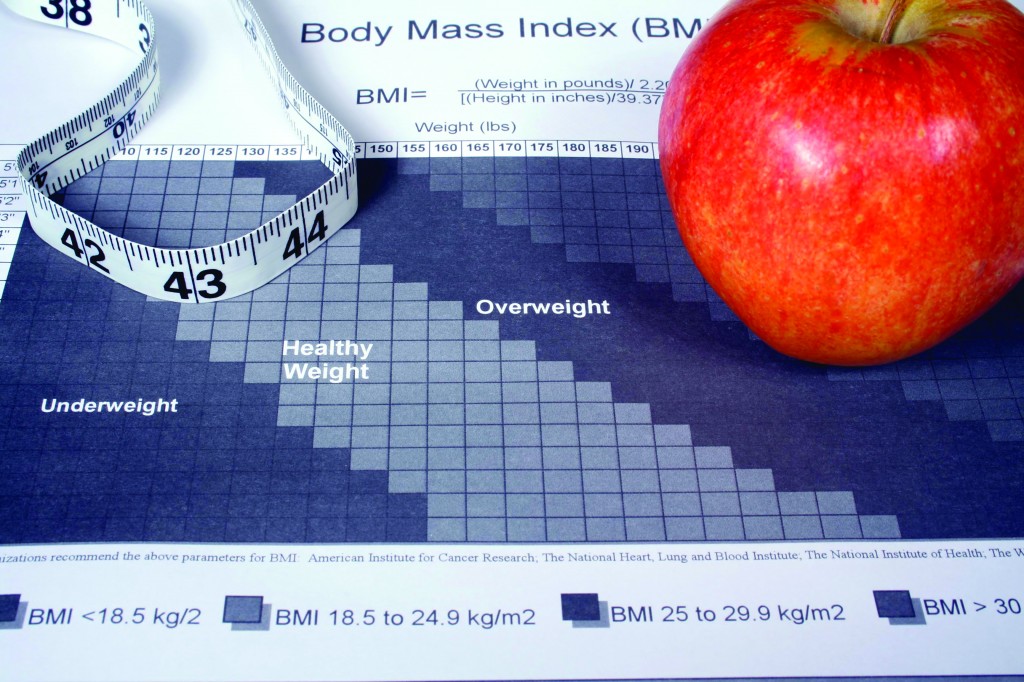 Waist-to-height ratio may be a more accurate measure of cardiovascular health risk than the current standard, the body mass index, a St. Louis expert says.

He’s confident that the waist-to-height ratio may soon eclipse the BMI as a measure of risk for lifestyle diseases such as cardiovascular disease, heart attack, stroke and diabetes.

Not so fast, says another expert: While the height-weight ratio has value, it needs to mature a bit to be more precise.

The ratio says waistlines should be no more than half of height, said Dr. Mario Morales, medical director of the SSM Weight-Loss Institute at DePaul Health Center. For example, a 6-foot (72 inches) person should maintain a waistline of 36 inches, he said. Growing past that can lead to health risks, he said.

Recent studies show risks that developed from the 50 percent point grow with the waistlines, he said, to the point that people whose waistlines reach 80 percent of their height shortened their life spans by 17 years.

The latest research that excited Dr. Morales, a bariatric surgeon, was delivered in May at the 19th Congress on Obesity in Lyon, France. Researchers there told European media flatly: “Keeping the waist circumference to less than half of height can help increase life expectancy for every person in the world.”

The European researchers suggested using the waist-to-height ratio as a screening tool to predict health risks. The study analyzed the health of more than 300,000 people and found the ratio was better able than BMI to predict high blood pressure, diabetes, heart attacks and strokes.

The new measure is “much more sensitive to [health risks] than BMI,” because weight-to-height ratio takes into account “where the patients hold their weight — apple shape, pear shape,” Dr. Morales said. “Fat that’s behind the abdominal wall is not just cells; it’s called metabolic reactive fat. It creates (chemicals) that cause inflammation. Inflammation results in scar formation and can cause malfunction of the organs.”

So organs are exposed to “… adverse hormones and inflammation chemicals that cause diabetes, heart disease, kidney disease — those types of things,” Dr. Morales said.

Carrying weight in other parts of the body is not so dangerous, he said. “If you carry weight in your hips or up around your chest, it’s not so significant,” he said. But, “Weight in the central region is metabolically reactive and causes metabolic syndrome.” 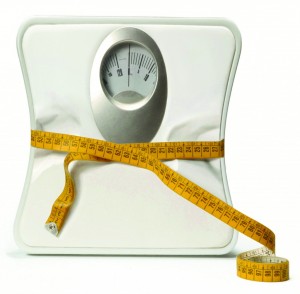 And the BMI doesn’t address that, he said.

Instead, the BMI measures the ratio of height to weight and nothing else. The resulting numbers categorize people as normal weight, overweight, obese and morbidly obese.

Another weight-loss expert wasn’t so excited. He called the measure promising, but “young.”

“Waist to height ratio may be a better predictor of cardio-metabolic risk — cardiovascular disease and diabetes — than a body mass index assessment,” said Dr. Samuel Klein, director of the Center for Human Nutrition at Washington University. But, “the relationship between waist to height ratio and disease risk is a continuum. The problem is that we do not know what are the optimal ‘cut points’ (categorized measures) on this continuum that will best identify people at increased risk. However, the BMI is more precise.’’

But that just means the measures should be used as one of many tools for physicians to diagnose a person’s health risks, he said.

The BMI was developed in about 1850 in Belgium by researchers seeking a way to categorize degrees of weight in people. In the 1990s it became a popular tool for doctors and insurance companies to gauge health risks. However, the BMI has shortcomings.

It was found to be useless to the point of humorous for athletes whose weight is due to muscle mass rather than body fat.

In addition, for African-Americans and young people the BMI is at best iffy because of ethnic and age differences in muscle mass and other factors.

Waistline circumference has long been a measure of metabolic syndrome.

In addition, the weight-to-height ratio is consistent for all groups regardless of fitness, ethnicity, gender or age, Dr. Morales said.

“We’ve had nothing in the studies that show variances for ethnic groups,” Dr. Morales said. Also, “There’s no difference in the measure from children to adults of any age.”

“Waist circumference isn’t anything new; we’ve known that it is a better predictor than BMI for identifying people at risk for cardio-metabolic diseases for many years,” he said.

“The problem is that we need to establish what specific waist circumference values should be used to identify people who are at increased risk and demonstrate that these values are better than the current BMI values before waist-to-height ratio is ready for prime time,” he said.

While the standard of measure is in flux, the remedy is the same for getting rid of any excess fat, Dr. Morales said. Eat less, exercise more. Get help doing it if it’s not possible to do it alone.