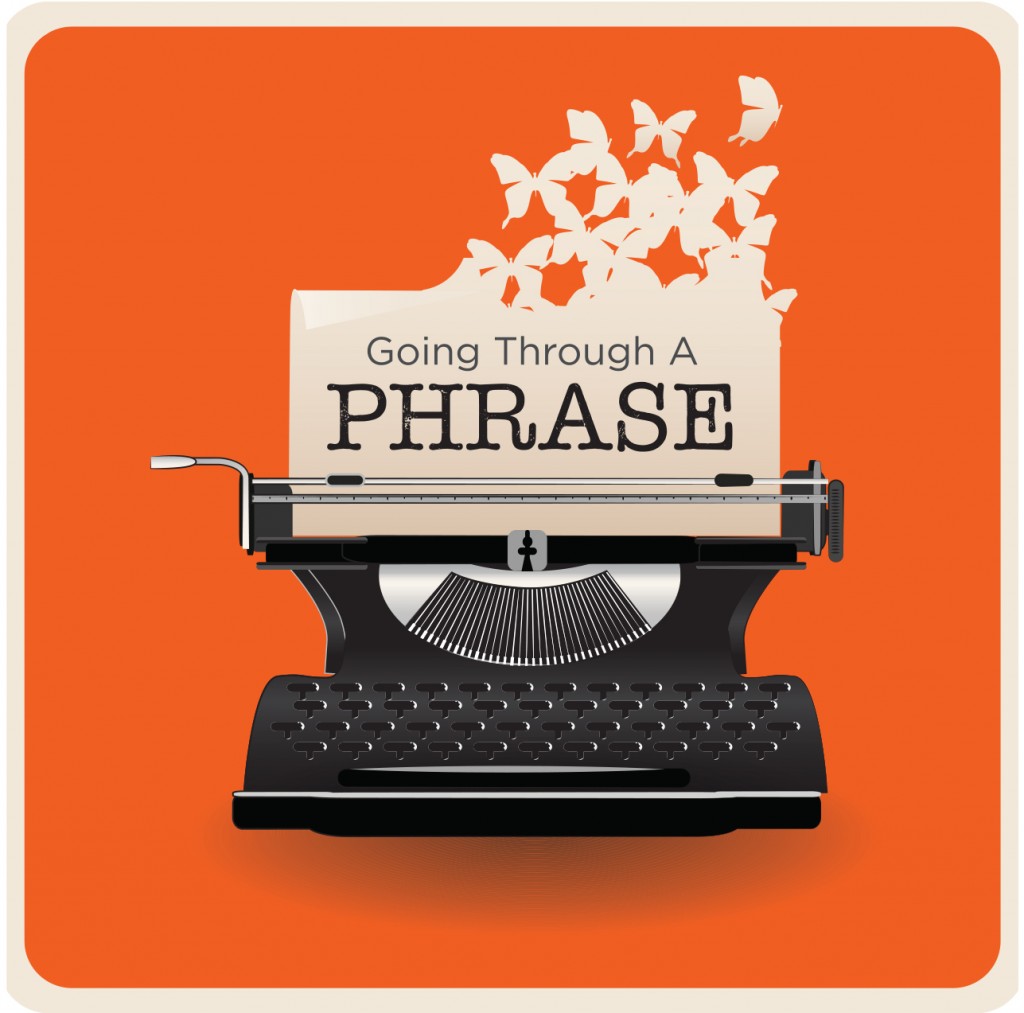 I’m going to let you in on an inside secret. I’m a headliner.

No, that doesn’t mean I get my name big and in lights. I mean that I also do some other things around here besides a language column. One of them is brainstorming headlines.

Now there’s a word for you — brainstorm. The first sense Oxford English Dictionary (OED) has for brainstorm is “A fit of rage, melancholy, etc.; a sudden change of mood or behaviour; (also) a sudden and severe attack of mental illness; an epileptic seizure. In later use also fig. or hyperbolically: a temporary loss of reason, a serious error of judgement.”

OED’s second sense for brainstorm, labeled, “U.S. colloq.” has a positive connotation: “A concerted attempt to solve a problem, usually by a group discussion of spontaneously arising ideas; also attrib., as brainstorm session.”

I recently had to come up with a headline for a feature article about screening refugees seeking to enter the U.S.

Just a personal note here: I don’t want to minimize or make light of the suffering of refugees being denied entry. On the contrary. The searing memory of the Holocaust refugees who died because the St. Louis and the Struma were unwelcome anywhere is branded into our national soul.

In the late 1970s, when the Vietnamese “boat people” were stranded with nowhere to go, newly elected Israeli Prime Minister Menachem Begin, z”l, declared, “I’ll take them in!” And his first official act was to make hundreds of Vietnamese refugees citizens of Israel.

Why did he do it? Because he remembered what it was like. …

On the other hand, I’ve never heard of a Vietnamese immigrant to Israel committing an act of terror. Such life-and-death decisions as security vs. suffering refugees are way over my head. As a wordsman, I can only focus on the tools of my trade and how they are used. One of the tools is “loaded language” — words that carry an explosive payload of persuasion.

The article on refugees was a deeply moving account of the screening process for people escaping the mayhem that is Syria. The original title was “Refugees are already vigorously vetted. I know because I vetted them.”

The article, from a former immigration officer, made a strong case. And I have no reason to doubt the sincerity of the writer. My problem — and I’m trying to step gingerly around the edge of a quagmire here — is the loaded language of the presentation.

Just the word vet, itself, carries an authoritative air of high-level security clearance.

This is not a partisan issue. President Trump has spoken of “extreme vetting.” All parties seem to be intent on getting out the vet.

But what exactly does vetting mean? And what is its origin?

The Oxford English Dictionary gives a definition: “To examine carefully and critically for deficiencies or errors; spec. to investigate the suitability of (a person) for a post that requires loyalty and trustworthiness.”

How do you test for loyalty and trustworthiness? If only there were such a psychometric measure. Then there wouldn’t be so many divorces.

In his Wall St. Journal language column, Ben Zimmer traced the origin of vetting to horse racing: “How did ‘vetting’ come to be applied to the careful evaluation of both people and proposals? The answer lies in 19th-century horse racing. … It came from the “Latin word ‘veterinum,’ meaning ‘beast of burden’ — perhaps related to ‘vetus,’ meaning ‘old’ (the root of ‘veteran’ and ‘inveterate’), since it chiefly referred to old cattle.” From there we got to horse doctors — veterinarians, or vets.

So maybe candidates off to the political races should be checked by veterinarians. And maybe we should also be checking the teeth of new immigrants.

Remember what happened when the people of Troy brought that gift horse into town.