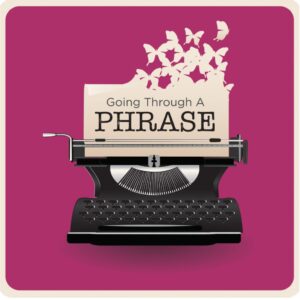 “So I became a newspaperman. I hated to do it but I couldn’t find honest employment.”

If you believe Mark Twain said that, you’re a victim of fake news.

But I’m getting ahead of myself. As 2017 was being canned and shelved, I kvetched in a tweet (would that be a kveet or a twetch?) to Ben Zimmer, the Wall St. Journal’s word columnist, and chair of the New Words Committee of the American Dialect Society. I wrote about how the year-end Word of the Year (WOTY) selections have become a range where seldom is heard an encouraging word. And I hoped that the granddaddy of WOTY, the American Dialect Society (ADS), would bring something more positive.

I asked Zimmer if he knew the ADS word of the year. He said, “No, but hum a few bars and I’ll fake it.”

What Zimmer didn’t tell me was the American Dialect Society word of the year for 2017 was going to be “fake news.”

If you’re still trying to forget 2016, I’ll remind you, fake news was in the running for the Word of the Year but lost out to “dumpster fire.” Maybe it should have been “Oy!”

But now fake news has a new twist. According to the ADS announcement, “In 2017 … the meaning of fake news shifted and expanded, in large part due to its repeated use by President Donald Trump.

“When President Trump latched on to fake news early in 2017, he often used it as a rhetorical bludgeon to disparage any news report that he happened to disagree with … That obscured the earlier use of fake news for misinformation or disinformation spread online, as was seen on social media during the 2016 presidential campaign.”

The new and disproved fake news became a “catchphrase among the president’s supporters, seeking to expose biases in mainstream media.”

Zimmer explained that “it also developed more ironic uses, and it spread to speakers of all ages as a sarcastic put-down.”

In related news, days before the ADS vote, “Fake news was nominated by the sixth-grade class of Academy I Middle School in Jersey City, N.J., and voters at the Word of the Year event agreed with their choice.” (The Jersey Journal reported that Zimmer’s son Blake is in that sixth-grade class. “Out of the mouths of babes…”)

While deceit has become fake newsworthy, we’ve been there before. William Randolph Hearst, the publisher everybody loves to hate, is best known for “yellow journalism” — marked by unscrupulous sensationalism.

He is most infamous for instigating the Spanish-American War. In a widely circulated story, Hearst sent the artist Frederic Remington to Cuba for pictures of the mounting rebellion against Spain.

According to a report by James Creelman, Remington sent back a telegram:

“Everything is quiet. There is no trouble here. There will be no war. I wish to return.”

There’s only one problem. As W. Joseph Campbell wrote in Getting It Wrong: Debunking the Greatest Myths in American Journalism, there’s no evidence the exchange ever took place.

“Like many media-driven myths, the Hearst anecdote is succinct, savory, and easily remembered. It is almost too good not to be true. Not surprisingly, Hearst’s vow to ‘furnish the war’ has made its way into countless textbooks of journalism.”

So Hearst’s yellow journalism war was a fake lie.

A gentler form of fakery is humbug. The Online Etymological Dictionary traces it back to 1751 student slang: “trick, jest, hoax, imposition, deception.”

P.T. Barnum called himself “Prince of Humbugs.” And, with no shortage of self-confidence, he took on Noah Webster and offered his own definition of humbug.

According to Barnum, Webster said that humbug, as a noun, means “‘imposition under fair pretenses’ and as a verb, it is ‘to deceive; to impose on.’ With all due deference to Doctor Webster, I submit that, according to present usage, this is not the only, nor even the generally accepted definition of that term.”

Barnum said a humbug is “not someone who cheats or imposes upon the public,” rather, “humbug consists in putting on glittering appearances … by which to suddenly arrest public attention, and attract the public eye and ear.”

For the record, Barnum never said, “There’s a sucker born every minute.” That’s fake news. But he did say, “The people like to be humbugged.”

“To be humbugged” evokes Coleridge’s “semblance of truth sufficient to procure for these shadows of imagination that willing suspension of disbelief for the moment, which constitutes poetic faith.”

There is a great difference between lies and fiction. Lies darken the world; artful fiction can enlighten it.

Mark Twain said, “I am different from Washington; I have a higher, grander standard of principle. Washington could not lie. I can lie, but I won’t.”