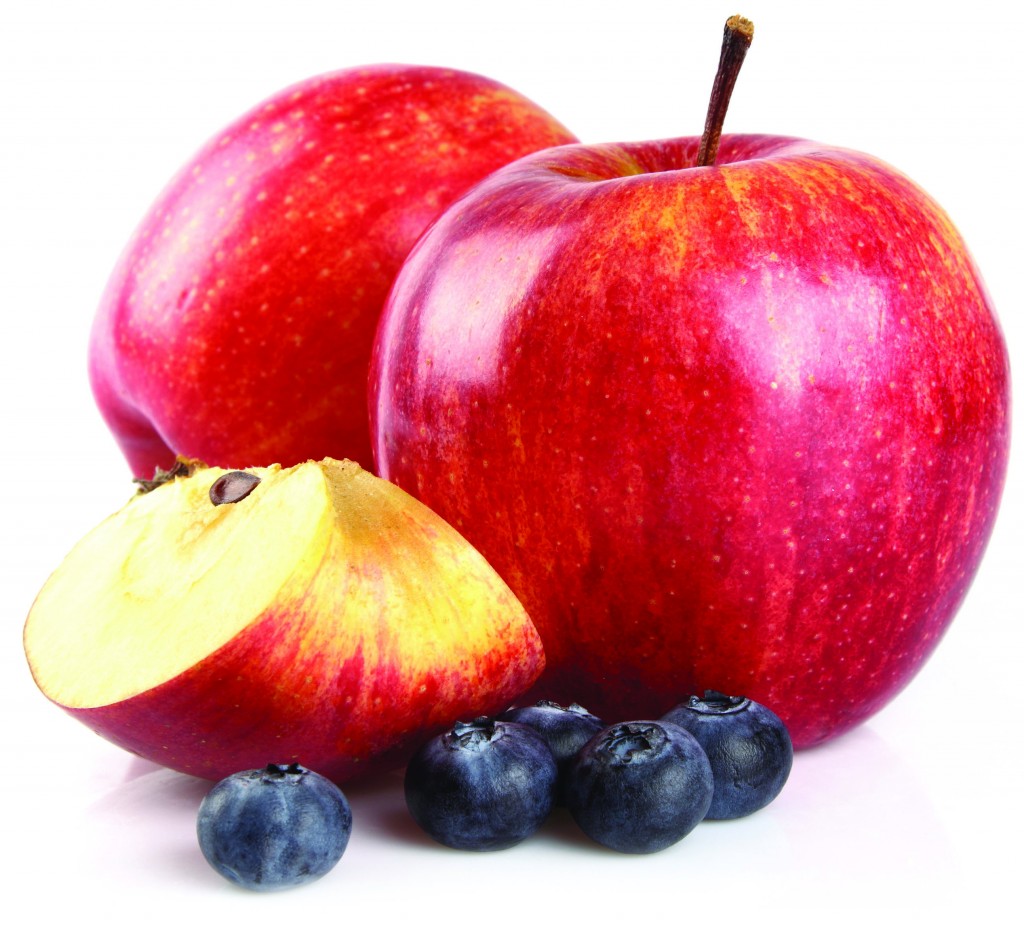 If you want to reduce your chances of becoming a diabetic, you’re better off munching apples or blueberries instead of sipping fruit juice, researchers found.

Eating more blueberries, apples and grapes was shown to lower the risk of developing Type 2 diabetes, while increased consumption of fruit juice was linked to a higher risk, according to a study published in The BMJ.

People should “replace fruit juice with solid fruits, maintaining the same energy level” while substituting a less healthy option with a healthier one, Qi Sun, the senior author of the study, said in a telephone interview. He’s an assistant professor of medicine at Brigham and Women’s Hospital in Boston and Harvard Medical School.

This adds to a growing body of evidence that eating fruit is beneficial for health, and is the strongest confirmation to date that it can also lower Type 2 diabetes risk.

Previous studies showed links between increased fruit consumption and a lower risk of cardiovascular disease, metabolic syndrome and hypertension. According to one published last year in the Annals of Neurology, berries are good for the brain and can help fend off the mental decline of aging.

For the study published Friday, researchers from Britain, the U.S. and Singapore set out to examine the relations between consumption of different kinds of fruits and diabetes, analyzing data from three groups of U.S. nurses and health workers who were surveyed about their eating habits and physical activity over the course of about two decades. The participants included 151,209 women and 36,173 men.

The results are convincing as they are consistent among the three groups, said Sun, also an assistant professor in the Department of Nutrition at the Harvard School of Public Health.

Among study participants who had three servings a week of blueberries, grapes, raisins, apples and pears rather than juice, the risk of diabetes was reduced by 7 percent, the study showed.

The study is part of a body of evidence showing benefits from fruit. Eating at least 2½ cups of vegetables and fruits a day is associated with lower risk of cardiovascular disease, according to U.S. government dietary guidelines, which encourage the increased consumption of fruit. Most Americans don’t eat enough fruit, according to the guidelines, which were last updated in 2010.

Fruit juices are probably less healthy for a number of reasons, Sun said. In the juicing processes, some beneficial nutrients, for example flavonoids and dietary fibers, are lost, he said. Juices also pass through the gastrointestinal tract more quickly, leading to more rapid and more dramatic changes in blood sugar and insulin levels after eating.

Researchers asked about consumption of grapes or raisins, peaches, plums or apricots, prunes, bananas, cantaloupe, apples or pears, oranges, grapefruit, strawberries and blueberries. The juices used included orange, apple and grapefruit. Participants submitted a questionnaire every four years to assess their eating habits, and were asked how often they consumed each food in a standard portion size.

Greater consumption of fruit juice was associated with an increased risk of Type 2 diabetes, the most common form of the disease, the study showed. Substitution of juices with fruits was linked with a lower risk, with the exception of strawberries and cantaloupe, the researchers said.

“Some fruits are more beneficial than others, in terms of diabetes prevention,” Sun said. “Based on our data, blueberries, apples, grapes and raisins are preferred.”

Such results will have to be corroborated in future studies, he added.

Diabetes is caused by a lack of insulin the body needs to convert blood sugar into energy. Lifestyle changes around the globe have kindled a surge in cases. The number of sufferers worldwide will reach an estimated 552 million by 2030, according to the International Diabetes Federation.

Some diabetics, suffering from Type 1 diabetes, have a lifelong inability to produce insulin. The Type 2 variant tends to strike later in life, brought on by obesity and sedentary lifestyles, as people become resistant to the insulin their own body produces.