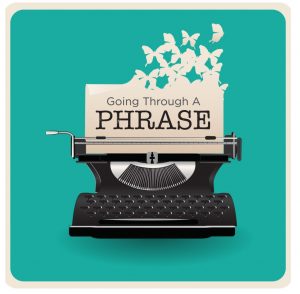 How did the Jews leaving Egypt manage that first Pesach?

Ever since then, year after year, the whole nation gets taken to the cleaners.

In our zeal, we often confuse spring cleaning with Pesach cleaning. I’ve heard it said, “Dust is not chametz, and your children are not the Korban Pesach (Passover sacrifice).”

Chametz has made it into the English lexicon. The Oxford English Dictionary (OED) drops the c and defines hametz: “Leaven, or food that has been mixed with leaven, prohibited during the Passover.”

I’ll bet you dollars to matzah balls that anyone who doesn’t already know about chametz won’t know the word “leaven.”

To take it to another level, The Etymological Dictionary of Biblical Hebrew, Based on the Commentaries of Harav Samson Raphael Hirsch, discusses several related meanings of chametz:

“Fermenting or souring,” based on “You shall not eat any leavening; in all your dwellings shall you eat matzos” (Shemos 12:20). “Clouding happiness,” from Tehillim (71:4), where chametz means robbery. “Leavened dough,” from Shemos (23:18). Chometz (with an 0-vowel sound), meaning vinegar (Tehillim 69:22): “They put gall into my food and for my thirst they gave me vinegar to drink.” And an interesting interpretation of ashru chometz: (from Yeshayahu 1:17) “effervescent emotion” (literally, “relieve the oppressed”).

The Malbim distinguishes between chometz — vinegar, and chametz — leavened dough. But he defines a related word, chamitz, as clean and clear. I can’t help but think there’s a connection there.

But we still don’t know why chametz is so spiritually toxic that the law is more severe than for any non-kosher food. The gold standard of kashrus law is that if a drop of milk falls into a pot of meat — or if something treif gets mixed into kosher food — as long as there’s 60:1 of the good stuff, the milk or the non-kosher food is batul — voided. That doesn’t just mean that majority rules. It’s actually considered nullified. Poof … it doesn’t exist!

No such luck with chametz. It never becomes nullified, not even in 1,000:1. That’s why people are so obsessive about cleaning out every crumb.

But why? What is it about chametz?

In the Haggadah of the Shem MiShmuel, the second Sochatchover Rebbe, zy”a, he gives a fascinating interpretation.

We all know the villain of the Pesach story is Pharaoh. But the Shem MiShmuel adds an extra wrinkle.

Elifaz, the son of Esav, was sent by his father to kill Uncle Yaakov. But he couldn’t bring himself to carry out the order. Elifaz’s son, Amalek, had no such problems. When his father told him his only chance to have a share in eternity was to subjugate himself to Yaakov.

Amalek’s reaction was, “No way.” He set out to destroy Yaakov.

The klipah of chametz is Amalek, who refused to be subordinate to Yaakov. He insisted on maintaining his own identity. Thus, chametz can never become nullified. It keeps its identity no matter what.

Klipah literally means a husk or shell. But Kabbalistically, it’s a symbol of the power of the unholy, superficial world that entraps holiness. (Don’t ask me what it means. I’m just repeating what I read. Kabbalah is out of my jurisdiction. Ask your local Orthodox Kabbalist.)

In an appendix to Chovas Hatalmidim, the Piaseczner Rebbe, Harav Klonimus Kalman Shapira, zy”a, Hy”d, gives an image of the holy zeal of preparing for Pesach: like a child who will do anything to please his beloved father, we add stringencies and zealous attention to detail in preparing for Pesach.

He describes checking every crack and crevice in the house, crawling into the oven and under every bed … for any possible speck of chametz.

You can call it OCD, but the Piaseczner calls it love.

I once asked the Amshinover Rebbe, shlita, about something I thought was an excessive stringency for Pesach.

He told me, when it comes to being careful for Pesach, “There are no meshugasin.” Nothing is crazy.

However, when I asked him about the idea of using only natural or homemade food — no manufactured products — for Pesach, he told me to go for it. Then he added, “Just do it for yourself, though. Don’t impose it on your family.”

So there you have it. Restricting yourself is love.

Remember: at the Seder, only one matzah gets cracked.