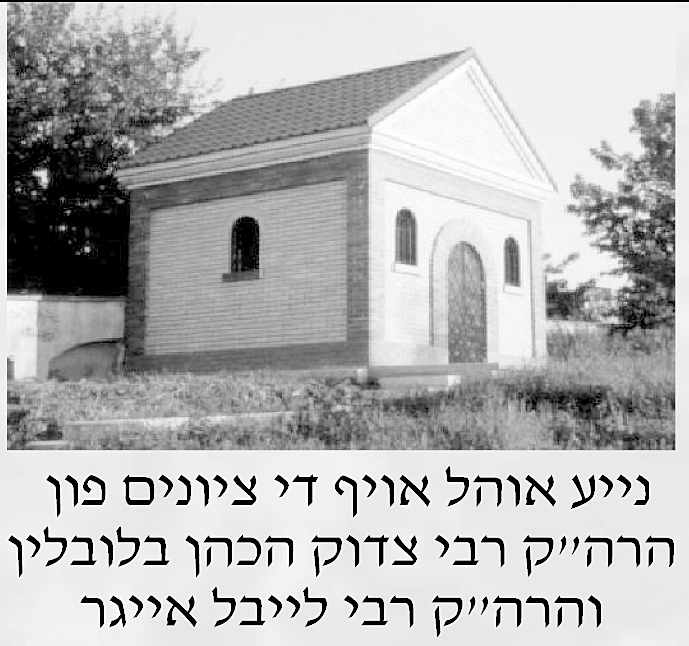 In 5027/1267, the Ramban arrived in Yerushalayim after being forced to flee his native Spain. He revived the Jewish community there soon after his arrival.

Harav Tzadok Hakohen was born on 22 Shevat 5583/1823. His parents were Harav Yaakov, the Rav of Kreisburg, and Rebbetzin Yuta, a descendant of the Shelah Hakadosh.

From his earliest years he studied Gemara intensely, at times under the light of the moon, since his parents could not afford candles.

At the age of six, when his father was niftar, he moved into the home of his uncle, Harav Yosef, author of Kapos Zahav.

He continued to excel, and at the age of 12 he was already writing she’eilos u’teshuvos in halachah. At his bar mitzvah he delivered an intricate pilpul, astounding all the participants.

At 15, he married his first wife, the daughter of a wealthy wine merchant, in whose home he continued to serve Hashem. (He eventually remarried twice.)

He published a number of sefarim — Otzar Hamelech on Rambam, Meishiv Hataanah on ibur hashanah, and Sefer Hazichronos — which he wrote in his youth.

Harav Tzadok became a devoted follower of Reb Leibele Eiger of Lublin. During that period, Harav Tzadok secluded himself and devoted himself entirely to serving his Creator.

In 5648/1888, after the petirah of Reb Leibele, many Chassidim accepted Harav Tzadok as their Rebbe.

Rav Tzadok eschewed all worldly pleasures, conducting himself with extreme humility and kedushah. He would barely eat; in fact, he only ate at the daily siyum that he conducted! He did not accept any money from Chassidim other than that given him at a pidyon haben, which was rightfully his by Torah law since he was a Kohen.

Chassidim attested that during Shabbos he exuded an entirely different look, and that on Motzoei Shabbos he would literally have to be revived as he parted from his neshamah yeseirah.

He was niftar on 9 Elul and was buried in the ohel of his beloved Rebbe, Harav Yehudah Leib of Lublin. As he never had children of his own, he asked his stepchildren to print his sefarim.

Among the myriad sefarim he authored are Pri Tzaddik, Tzidkas Hatzaddik, Resisei Layla and Takanas Hashavin. Many of his manuscripts remained unpublished.

In 1821, the Treaty of Cordoba was signed, granting independence to Mexico from Spanish rule.

In 1912, Congress passed a measure creating the Alaska Territory.