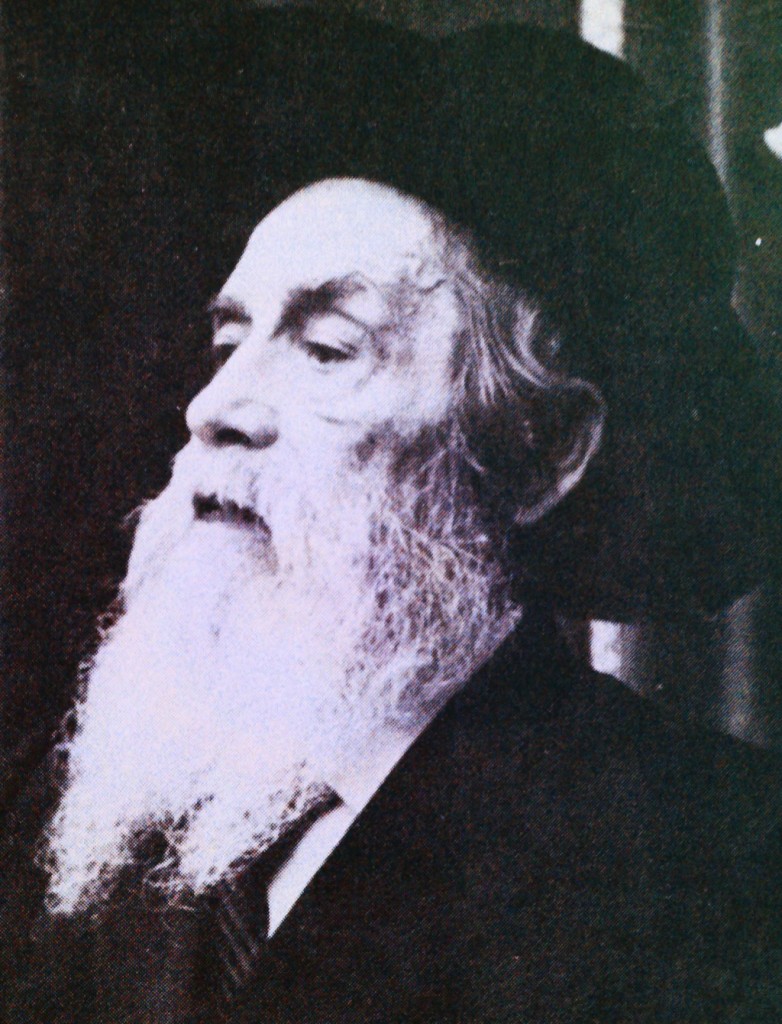 In 5027/1267, Ramban arrived in Yerushalayim after being forced to flee his native Spain. He revived the Jewish community there soon after his arrival.

5718/1958, Harav Yonasan Steif, zt”l, Rav of Budapest and the Viener Rav in America after the War, mechaber of Chadashim Gam Yeshanim

Harav Nachum Mordechai Perlow, the son of Harav Alter Yisrael Shimon, was born in 5647/1887 in Novominsk. He married the daughter of Harav Yitzchak Zelig of Sokolov, a scion of the Kotzker dynasty.

Reb Nachum Mordechai was given semichah by Harav Eliezer Shalom, Rav of Piotrkov and Harav Shmuel, Rav of Wengrob. He served as Rav in Sokolov, Poland, alongside his father-in-law.

In 5685/1925, Reb Nachum Mordechai moved to Eretz Yisrael but, as he was unable to support himself there, was forced to return to Europe. He visited the United States in 5687/1927 to raise funds for the Sokolover yeshivah. While there, he was persuaded to remain by the Novominsker Chassidim who had arrived earlier.

Following the petirah of his father on 6 Teves 5693/1933, Reb Nachum Mordechai became the Novominsker Rebbe of New York. He held court first on the Lower East Side and later in Crown Heights, Brooklyn, where he attracted people from among both the Chassidic and the Lithuanian communities. It was said that his style of learning was similar to the Brisker derech halimud. Later on, he moved to Boro Park.

Reb Nachum Mordechai was active in Agudath Israel of America and other public bodies on behalf of American Jewry.

After his petirah on 9 Elul 5736/1976 at the age of 89, he was succeeded by his son, Harav Yaakov Perlow, shlita, the current Novominsker Rebbe and Rosh Agudath Israel of America.

Reb Nachum Mordechai’s divrei Torah were compiled under the name Pe’er Nachum on the Torah from assorted drashos.

In 1057, Macbeth, King of Scots, was killed in battle by Malcolm, the eldest son of King Duncan, whom Macbeth had slain.

In 1769, Napoleon Bonaparte was born on the island of Corsica.

In 1812, the Battle of Fort Dearborn took place as Potawatomi warriors attacked a U.S. military garrison of about 100 people. (Most of the garrison was killed; the survivors were taken prisoner.)

In 1914, the Panama Canal opened to traffic.

In 1945, in a radio address, Japan’s Emperor Hirohito announced that his country had accepted terms of surrender for ending World War II.

In 1961, as workers began constructing a Berlin Wall made of concrete, East German soldier Conrad Schumann leapt to freedom over a tangle of barbed wire.

In 1971, President Richard Nixon announced a 90-day freeze on wages, prices and rents.

Bahrain declared its independence from Britain.

In 1974, a gunman attempted to shoot South Korean President Park Chung-hee during a speech; although Park was unhurt, his wife was struck and killed, along with a teenage girl. (The gunman was later executed.)

In 1998, 29 people were killed by a car bomb that tore apart the center of Omagh, Northern Ireland; a splinter group calling itself the Real IRA claimed responsibility.