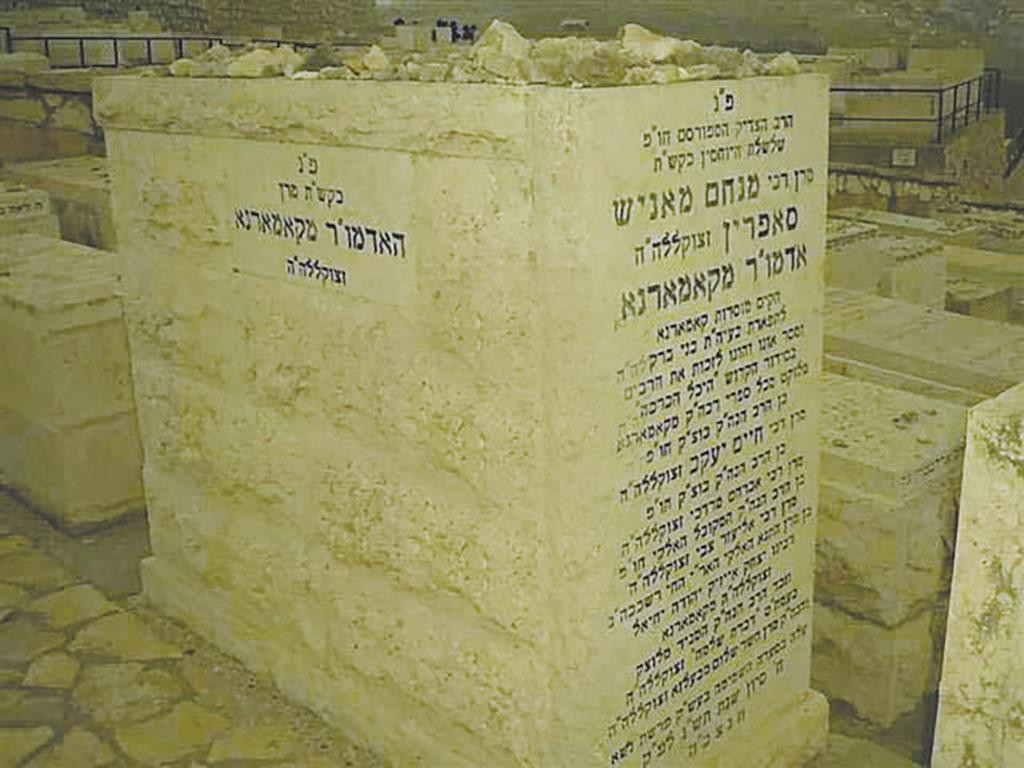 In 5594/1834, Druze mobs attacked the city of Tzfas, killing many Jews, Hy”d. They also burned down a number of shuls and destroyed sifrei Torah.

Harav Menachem Manish Safrin was born in Ungvar on 3 Nisan 5678/1918. His father was Harav Chaim Yaakov of Komarna.

As a bachur, Reb Menachem Manish learned under Harav Yehoshua Greenwald in Chust and under Harav Shlomo Zalman Friedman in Rackov.

Reb Menachem Manish was taken as chassan by Rav Shalom Wagschal, and in his zivug sheini he was the son-in-law of Rav Yehoshua Ehrenreich.

Following the petirah of his father, the Komarna Rebbe, in Yerushalayim on 5 Sivan (Erev Shavuos) 5729/1969, Reb Menachem Manish became Komarna Rebbe, building his beis medrash and mosdos in Bnei Brak.

Reb Menachem Manish compiled the Siddur Heichal Habrachah from the works of the previous Komarna Rebbes.

He was niftar on 8 Sivan, Erev Shabbos Parashas Naso, 5750/1990, in Bnei Brak, at the age of 72 and buried on Har Hamenuchos in Yerushalayim.

He was succeeded as Rebbe by his two sons: Harav Yitzchak Shloime of Yerushalayim and Harav Eliezer Tzvi of Bnei Brak.

In 1868, the impeachment trial of President Andrew Johnson ended with his acquittal on the remaining charges.

In 1940, Operation Dynamo, the evacuation of some 338,000 Allied troops from Dunkirk, France, began during World War II.

In 1960, U.N. Ambassador Henry Cabot Lodge accused the Soviets of hiding a microphone inside a wood carving of the Great Seal of the United States that had been presented to the U.S. Embassy in Moscow.

In 1969, the Apollo 10 astronauts returned to Earth after a successful eight-day dress rehearsal for the first manned moon landing.

In 1972, President Richard M. Nixon and Soviet leader Leonid Brezhnev signed the Anti-Ballistic Missile Treaty in Moscow. The U.S. withdrew from the treaty in 2002.