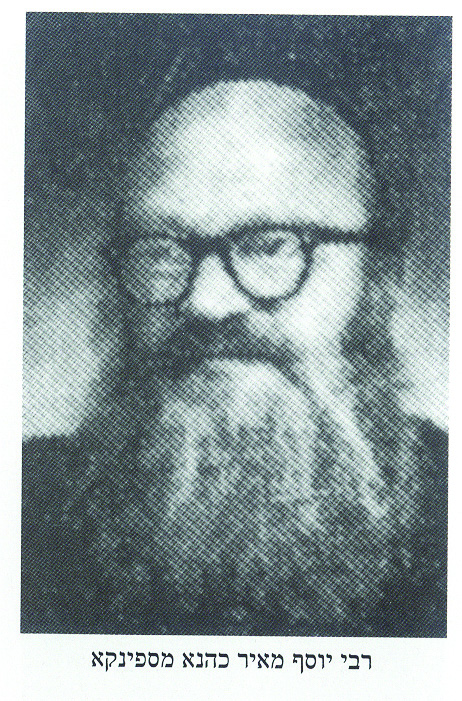 Harav Yosef Meir Kahana was born on Rosh Chodesh Kislev 5670/1909, in Spinka, Romania. His father was Harav Tzvi Hirsh Kahana, zt”l, grandson of the Imrei Yosef of Spinka, zt”l, for whom he was named.

Reb Yosef Meir learned under his father, who was Rav in Spinka, and from his uncle, Harav Yitzchak Eizik Weiss, zt”l, the Chakal Yitzchak of Spinka.

Reb Yosef Meir was chosen as a son-in-law by Harav Yitzchak Teitelbaum, zt”l, the Hosakover Rebbe.

After receiving semichah, Reb Yosef Meir served as Rav in Ungvar, the city where his father-in-law resided.

In 5696/1936, he became Rav and Rosh Yeshivah in Seredna. In 5701/1941, during the War, Reb Yosef Meir was in danger of being expelled from the city, as he was a foreigner and didn’t have the correct documents; he managed to leave to Eretz Yisrael together with his family on the last ship to get out.

In Eretz Yisrael, he settled in Yerushalayim, founding a yeshivah and a beis medrash.