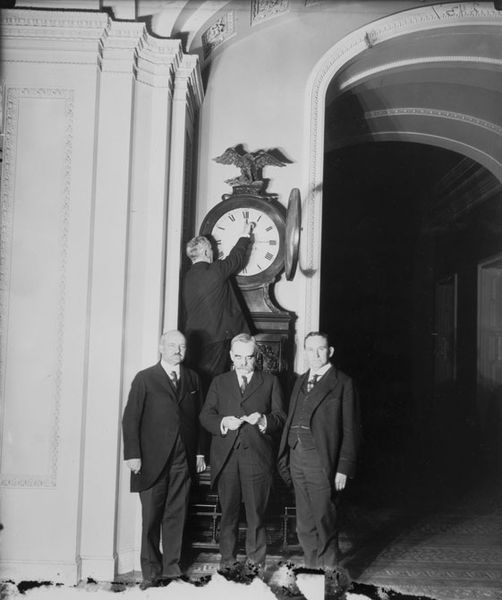 It is recorded in Megillas Ta’anis: “From the eighth day of the month until the end of the festival (Pesach), a Yom Tov was declared; fasting and lamenting is forbidden.”

The reason for this is because on this day the Chachamim won the battle with the Tzedokim to declare the Yom Tov of Shavuos 50 days from Pesach, not from Shabbos, as they opined.

In 4950/1190, the Jews of York, England, were killed by the Crusaders at Clifford’s Tower, after they refused to be baptized. Among the kedoshim were two Baalei Tosafos, Harav Eliyahu Hakadosh and Rabbeinu Yom Tov, H”yd.

This tragedy occurred on a Friday night, hence the “Cherem of York,” an English tradition forbidding Jews to sleep in the city of York overnight. (The names of these Baalei Tosafos appear in Zevachim 14 and in Yuma 48.)

5482/1722, Harav Eliyahu Shapira of Prague, zt”l, mechaber of Eliyahu Rabba and Eliyahu Zuta on the Levushim.

Harav Yechiel Michel Tukatchinsky was born on 15 Teves 5634/1874 in Lechovitz, Lithuania. His father, Rav Aharon, was niftar when he was a young boy, and he was brought up by his mother.

In 5642/1882, at the age of eight, he moved to Eretz Yisrael. He settled in Yerushalayim, moving in with his grandfather Rav Moshe Pizitzer. He learned in the famous Yeshivas Eitz Chaim.

In 5657/1897, Reb Yechiel Michel was given semichah by the Rav of Yerushalayim, Harav Shmuel Salant, who was the grandfather of his wife.

Besides authoring many sefarim, Reb Yechiel Michel was active in Yeshivas Eitz Chaim. The yeshivah, founded in 5601/1841 by Harav Shmuel Salant in the Old City of Yerushalayim, moved to Rechov Yaffo in 5668/1908. At that stage, a kollel was also founded alongside the yeshivah. Reb Yechiel Michel, being married to a granddaughter of Harav Salant, was appointed Rosh Yeshivah.

Reb Yechiel Michel was the pioneer and first to publish a calendar that itemizes and specifies the daily zmanim and halachos relevant to each day. It was first published in 5665/1905 and was a compilation of the halachos and minhagim, accustomed by the Prushim, the talmidim of the Vilna Gaon who had settled in Eretz Yisrael.

The zmanim in the calendar were figured out by Reb Yechiel Michel, based on his calculations. This calendar is known as Luach Eretz Yisrael and is still published annually.

In 1687, French explorer Rene-Robert Cavelier, Sieur de La Salle — the first European to navigate the length of the Mississippi River — was murdered by mutineers in present-day Texas.

In 1863, the Confederate cruiser Georgianna, on its maiden voyage, was scuttled off Charleston, S.C., to prevent it from falling into Union hands.

In 1920, the Senate rejected, for a second time, the Treaty of Versailles by a vote of 49 in favor, 35 against, falling short of the two-thirds majority needed for approval.

In 1945, 724 people were killed when a Japanese dive bomber attacked the carrier USS Franklin off Japan; the ship, however, was saved.

Adolf Hitler issued his so-called “Nero Decree,” ordering the destruction of German facilities that could fall into Allied hands.

In 1965, the wreck of the Confederate cruiser Georgianna was discovered by E. Lee Spence, 102 years to the day after it had been scuttled.

In 2003, President George W. Bush ordered the start of the war against Iraq. (Because of the time difference, it was early March 20 in Iraq.)